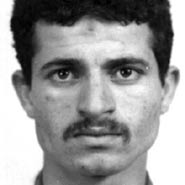 A man wanted by Interpol for his links to an alleged terrorist organisation has been advising Scotland Yard on countering Muslim extremism, a Times investigation has discovered.

Mohamed Ali Harrath has been the subject of the Interpol red notice since 1992 because of his alleged activities in Tunisia, where he co-founded the Tunisian Islamic Front (FIT).

Tunisia has accused Mr Harrath, the chief executive officer of the Islam Channel in Britain and an adviser to the Scotland Yard Muslim Contact Unit, of seeking help from Osama bin Laden. It says that the FIT wants to establish “an Islamic state by means of armed revolutionary violence”.

Mr Harrath has been convicted in absentia of numerous criminal and terrorism-related offences by Tunisian courts and sentenced to 56 years in prison. Tunisia is an ally of the West in the fight against terrorism but is regarded by critics as a police or one-party state. Its secular Government regards those who advocate an Islamic state as a threat to its stability.

The Times has also learnt that, in evidence before Britain’s Special Immigration Appeals Commission in 2003, an MI5 witness accused the FIT of terrorism activities in France. Mr Harrath denies this, saying his movement was wrongly blamed by the French courts for founding a guerrilla network that held banned military weapons.

No one has ever produced evidence linking Mr Harrath to any terrorist activity. Despite this, he is still the subject of an Interpol red notice – its highest level of alert – as a terrorist suspect and countries are urged to arrest and extradite him. His lawyers have sought to remove the notice but in the meantime this extraordinary state of affairs remains unresolved.

Mr Harrath admitted setting up the FIT but said that it was a “nonviolent political party founded in 1986 to oppose the one-party state in Tunisia”. He stated unequivocally: “We are not extremists and we are not terrorists and we [sic] never been involved in any such activities”. However, he added that “revolution is not [necessarily] a dirty word” and “there is nothing wrong or criminal in trying to establish an Islamic state”.

Despite Mr Harrath being wanted by Interpol, Scotland Yard has appointed him as adviser to its Muslim Contact Unit on preventing extremism and terrorism. Mr Harrath told The Times that he was “regularly consulted in an advisory capacity by the Muslim Contact Unit of the British police for guidance on best practice in relation to counter-terrorism issues and combating extremism”.

The unit’s former head, Robert Lambert, wrote in a letter of support to Mr Harrath that he had made a “key contribution to our efforts to defeat adverse influence of al-Qaeda in the UK”.

The British Government refused a request by the Tunisian Government in 1997 to have him extradited. According to his lawyers, “the UK security services informed Mr Harrath that the UK did not regard him as a threat and that there was no basis for the Tunisian extradition request, which the Tunisian authorities had wholly failed to substantiate”.

His political views and wish to overthrow Tunisia’s Government have, however, raised alarm in British circles. One government minister said: “That is not acceptable. We have a problem with that because Tunisia is our ally. Tunisia today, UK tomorrow.”

December 15, 2008
Richard Kerbaj in Tunis and Dominic Kennedy in London