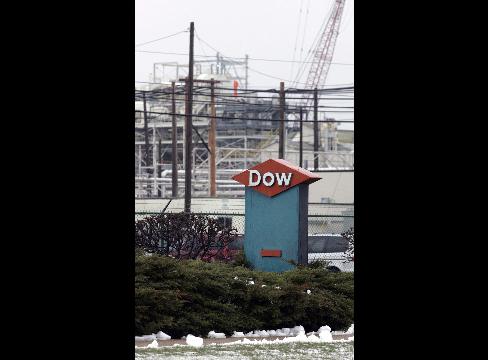 About 5,000 jobs will be cut, 20 facilities permanently closed, 180 plants temporarily idled and the company’s contractor workforce will be reduced by about 6,000 worldwide, Midland, Michigan-based Dow said today in a statement. The moves will reduce annual costs about $700 million by 2010, Dow said.

Chief Executive Officer Andrew Liveris said last month the company would take “radical actions” to reach earnings targets next year as an economic recession spreads around the globe. The plants that will be permanently shut are in “high cost locations,” which Liveris has said includes the U.S. and Western Europe.

“We are accelerating the implementation of these measures as the world economy has deteriorated sharply, and we must adjust ourselves to the severity of this downturn,” Liveris said today in the statement.

Starting in January, Dow will reorganize into three operating segments: joint ventures/asset light; performance products; and health and agriculture, advanced materials and other market facing businesses. Details will be announced early next year, the company said.

DuPont Co., the third-biggest U.S. chemical maker, last week said it will close plants at 10 production sites, idle 100 factories and eliminate 2,500 jobs, or 4.2 percent of its workforce, because of reduced demand for chemicals used to make houses and automobiles. BASF SE, the world’s biggest chemical maker, is shutting 80 factories and reducing production at 100 more.

To contact the reporter on this story: Jack Kaskey in New York at jkaskey@bloomberg.net.