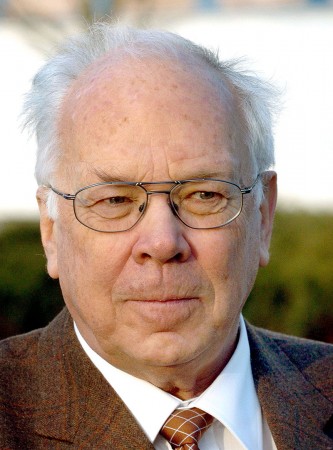 Nov. 18 (Bloomberg) — Germany’s billionaire Merckle family, stung by losses on Volkswagen AG shares, needs as much as 1.1 billion euros ($1.4 billion) in financing to avert insolvency of its investment company, four people familiar with the situation said.

The family’s investment company VEM Vermoegensverwaltung GmbH may be forced to file for insolvency if a so-called standstill agreement that would freeze banks’ claims isn’t extended before today’s deadline, said the people, who declined to be identified because the talks are private. Merckle needs between 600 million euros and 1.1 billion euros, the people said.

Adolf Merckle, 74, whose estimated $9.2 billion fortune puts him 94th on Forbes’ list of the world’s richest people this year, needs financing after losing as much as 700 million euros on wrong-way bets on VW stock and the value of HeidelbergCement AG, which it owns, plunged, the people said. A failure of VEM could have repercussions for Merckle’s holdings, which span as many as 30 companies in the cement, machinery and pharmaceutical industries, said the people.

Merckle may be forced to sell assets including German generics drugmaker Ratiopharm GmbH, the people said. A group of about 40 banks are being led by Commerzbank AG, Landesbank Baden-Wuerttemberg, Royal Bank of Scotland Group Plc, Deutsche Bank AG and HVB Group, the people said. RBS of Edinburgh may not agree to the standstill agreement, the people said.

HeidelbergCement, Germany’s biggest cement maker, today said it’s “not affected” by Merckle’s attempts to prop up struggling VEM. “HeidelbergCement doesn’t have any financial links to VEM, nor are there any credit agreements at HeidelbergCement related to VEM,” the Heidelberg-based company said in a statement.

HeidelbergCement dropped the most in at least 19 years in Frankfurt trading yesterday on concern Merckle may have to sell shares to help support VEM. The stock has declined 62 percent so far this year, cutting the company’s market value to 5 billion euros.

In addition to VEM’s holding in HeidelbergCement, stakes held by other Merckle firms and associated companies mean the family controls about 86 percent of the cement maker, data compiled by Bloomberg show. The cement maker’s declining share price led banks that were given stock as loan collateral to seek additional financial guarantees from Merckle, the people said.

“The lack of clarity is a burden” and getting financing in this type of environment is difficult, said Ralf Doerper, an analyst at Dusseldorf-based WestLB AG. “The problem is there’s speculation that HeidelbergCement shares may be sold to solve a liquidity shortage.”

HeidelbergCement bought Hanson Plc, a producer of building materials, for 7.85 billion pounds ($11.6 billion) last year, financed in part with loans. Merckle has also increased the stake in the cement maker with financing from the banks, the people said.

VEM became caught in a so-called short squeeze after betting Wolfsburg, Germany-based Volkswagen’s stock would fall, according to the people. Porsche SE’s Oct. 26 announcement that it planned to increase its stake in Volkswagen to 75 percent sparked a race by short-sellers to buy from a shrinking pool of stock, causing Volkswagen shares to surge more than fourfold in two days.