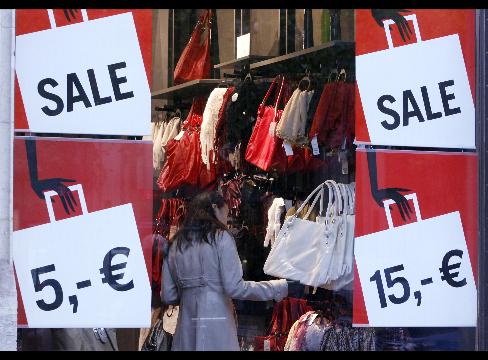 Nov. 13 (Bloomberg) — The German economy, Europe’s largest, contracted more than economists expected in the third quarter, pushing the nation into the worst recession in at least 12 years.

Gross domestic product dropped a seasonally adjusted 0.5 percent from the second quarter, when it fell 0.4 percent, the Federal Statistics Office in Wiesbaden said today. Economists expected a 0.2 percent decline, the median of 40 forecasts in a Bloomberg News survey showed. The economy last contracted this much over two consecutive quarters — the technical definition of a recession — in 1996.

German companies are struggling with dwindling export orders. Siemens AG, Europe’s biggest engineering company, reported a profit decline today and plans to cut 16,750 jobs by 2010. The Organization for Economic Cooperation and Development lowered its global forecast for the second time, saying the economy of its 30 members will contract 0.3 percent in 2009 after growing 1.4 percent this year.

“The German recession has begun in earnest and it’s very serious,” said Holger Schmieding, chief European economist at Bank of America Corp. in London. “It raises the risk of a German contraction of more than 1 percent next year and we will have to revise down our forecast for the euro area as well.”

The euro dropped more than a cent to $1.2388 after the German report. European notes rose, pushing the yield on the two-year security down 5 basis points to 2.22 percent, the lowest level in three years.

The European Commission said on Nov. 3 that the 15-nation euro region is probably already in a recession. Just over 40 percent of German exports go to other euro-area nations.

The third-quarter slowdown was led by trade as exports weakened and imports rose, the statistics office said. Consumer and government spending improved “slightly.” In the year, the economy grew 0.8 percent when adjusted for the number of working days.

“The shock waves pushed out by the financial crisis have hit Germany full on, if later” than other countries, the government’s five independent economic advisers said yesterday. They called on Chancellor Angela Merkel to expand a 50 billion-euro ($63 billion) fiscal stimulus package to help revive growth.

Ralph Solveen, an economist at Commerzbank AG in Frankfurt, expects a “marginal” recovery in the second half of next year.

“The German economy would have cooled regardless of the financial crisis, which just gave it the final push into recession,” he said. “The factors that slowed German growth earlier this year such as high inflation, a strong euro and tight monetary policy are all disappearing, which should feed through to the economy next year.”

The statistics office revised first-quarter growth to 1.4 percent from 1.3 percent and raised its second-quarter estimate from a 0.5 percent decline. It will publish a detailed breakdown for the third quarter on Nov. 25.

The turmoil that began with the U.S. housing slump drove Lehman Brothers Holdings Inc. into bankruptcy in September and caused the biggest global stock sell-off in 70 years. The world’s largest financial companies have posted almost $1 trillion in writedowns since the start of last year, when the collapse of the U.S. subprime mortgage market triggered a credit shortage.

With growth slowing around the world, oil prices have collapsed to $56 a barrel today from a peak of $147 in July, easing inflation pressure and giving central banks from Washington to Beijing room to slash interest rates. The euro has dropped 20 percent against the dollar in the past four months.

Investors expect the ECB to lower its benchmark rate by at least half a percentage point at its next meeting on Dec. 4, Eonia forward contracts show. That would be the sharpest rate reduction in the bank’s 10-year history after its two half-point cuts in the past month to 3.25 percent.

Germany still faces “a long, drawn-out recession,” said Stefan Bielmeier, an economist at Deutsche Bank AG in Frankfurt, who forecasts the economy will shrink 1.5 percent next year. “Unfortunately, we don’t see any respite any time soon. Where should the growth come from?”

To contact the reporter on this story: Gabi Thesing in Frankfurt at gthesing@bloomberg.net