Allegations Include US Eavesdropping on “Phone Sex” Between Americans 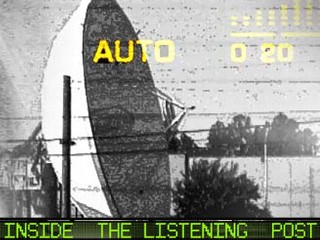 Hundreds of US citizens overseas, including US troops in Iraq, have been eavesdropped on, according to two former military and NSA intercept operators, despite pledges by President George W. Bush and American intelligence officials. (ABC News )

The inspector general for the National Security Agency, the NSA, has begun an investigation into allegations that US intelligence operators intercepted, recorded and shared intimate phone calls and “phone sex” between hundreds of American citizens, the Director of National Intelligence, J.M. McConnell, has told US Senators.

In a letter released today, McConnell said the NSA was unaware of the allegations, made by two former intercept operators, until ABC News reported them.

The two said calls by American journalists, aid workers and soldiers serving in Iraq were targeted for interception, because, they say they were told, there were “special waivers” to make it legal.

“There is no indication of Mr. Faulk having reported his allegations to relevant officers prior to recent press reporting,” McConnell wrote to Senators Patrick Leahy (D-VT) and Arlen Specter (R-PA), the chairman and raking minority party member of the Senate Judiciary Committee.

Faulk told ABC News that he and others repeatedly reported their concerns to commanding officers at Fort Gordon, but he says they were told to carry on as ordered.

McConnell also told the Senators he looked into “one of the allegations” made by former Army linguist Kinne and did not find a violation of laws or procedures.

In its initial reaction, an NSA spokesman had suggested, apparently wrongly, that all of Kinne’s allegations had been unfounded. Now, according to McConnell, the inspector general is reviewing its initial findings on Kinne.

Senators Leahy and Specter also demanded to know what steps had been taken by NSA to “detect, deter and punish” violations.

McConnell said “if personnel have disregarded these rules, we will hold them accountable.”

Both former intercept operators said intimate calls, including “phone sex” of soldiers calling home, were often passed around at the NSA facility so others could listen in.

In addition to the Senate Judiciary Committee, the chairman of the Senate Intelligence Committee, Jay Rockefeller (D-WV), has also announced his committee will investigate the ABC News allegations.