The worst of times sometimes brings out the best in people – even in Japan’s mafia, the yakuza.

The Daily Beast news website said that hours after the first shock waves hit, two of the largest crime groups went into action, opening their offices to those stranded in Tokyo and shipping food, water and blankets to the devastated areas.

The website reported that the day after the earthquake, the Inagawa-kai (the third-largest organised crime group in Japan) sent 25 trucks filled with paper diapers, instant ramen, batteries, torches, drinks and other essentials to the Tohoku region.

The Daily Beast said an executive in Sumiyoshi-kai, the second-largest crime group, even offered refuge to members of the foreign community – something unheard-of in a still slightly xenophobic nation, especially among the right-wing yakuza, the website said. 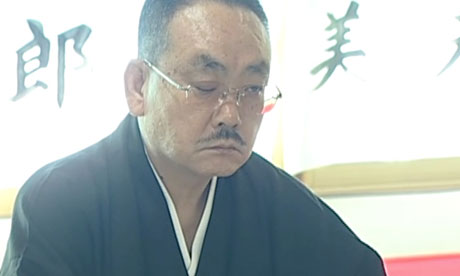 The yakuza are the members of traditional organised crime gangs in Japan. They are said to have evolved from groups of traders who sold stolen or shoddy goods in local markets in the period when the country was under the control of the shogunate.

They eventually took over the allocation and protection of market stalls set up during shinto festivals and were given official recognition by the shogun of the time. With this came the right to carry swords, which was until then reserved only for samurai and nobles.

Other yakuza are said to derive from groups that ran illegal gambling dens on the edges of towns.

Many of their members are burakumin — a group discriminated against in Japanese society because they are descendants of outcast communities in the feudal era. There were mainly executioners, undertakers or leather workers.

There are five main yakuza gangs, known as “families”, which have their own formal crest or logo and are based in different cities and territories. They run loan-sharking businesses, protection rackets, drug and pornography smuggling and prostitution rings using girls smuggled in from the Philippines and China.

Unlike the Mafia they are not secret. They have offices with their crests on the door and openly take part in festivals.