According to the letter dispatched by Ban to the UNSC, on June 14 the Organisation for the Prohibition of Chemical Weapons (OPCW) analyzed the contents of the barrels, reported Reuters. The UN Joint Mission is currently overseeing the destruction of Syria’s chemical weapons stockpiles under the umbrella of the OPCW.

Yes, prior to Gulf War 2, all sorts of people were lying about WMDs in Iraq. There was the whole business about the yellowcake and Niger, and Colin Powell speaking before the UN.

There was a WMD depot in Iraq that wasn’t a depot.

There were people who said they had secret evidence Saddam shipped weapons out of the country. And maybe they did have evidence.

Read moreIs This Why No One Found WMDs In Iraq? 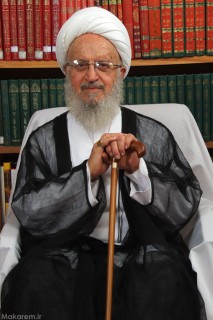 “There are two Irans – the one in the media, and this one.” The Grand Ayatollah smiled and gestured at the land around us. “When you return to your countries, please tell your people about this, the real Iran.”

We were in Qom, a holy city renowned for its unbroken tradition of Islamic scholarship stretching back across the centuries. Grand Ayatollah Makarem – a source of religious authority and imitation for millions of people – had just finished speaking to us. 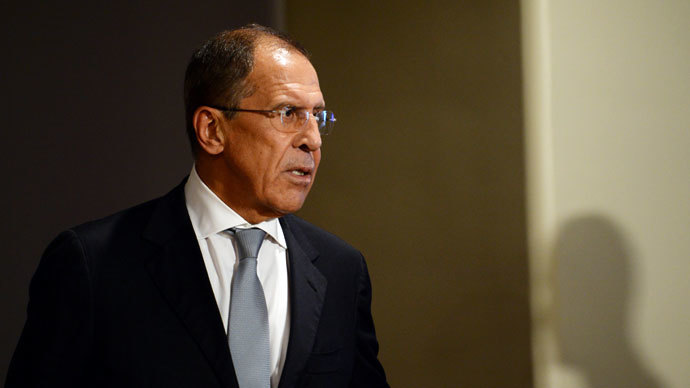 A small but far reaching clause in the chemical watchdog’s decision on Syria that urges all non-signatories of the Chemical Weapons Convention to join the treaty was actually proposed by Iran – and supported by the US – Russian FM Sergey Lavrov revealed.

Recalling the tense round of negotiations surrounding the issue of Syria’s chemical weapons, the Russian foreign minister said that it was Iran that “offered a very sound addition.” The insider revelation into the diplomatic process of avoiding yet another armed conflict in the Middle East was shared by Sergey Lavrov in an interview with Kommersant daily.

The Iranian proposal reflects Russia’s long standing belief that the Middle East should be free of weapons of mass destruction. The clause, submitted by Tehran was included in the Organisation for the Prohibition of Chemical Weapons (OPCW) decision on Friday ahead of the UNSC vote on a new Syrian resolution.

“It is very important that in the Hague, when there was a vote on the decision on the role of the OPCW in implementing the program of chemical weapons destruction in Syria, a special clause was inserted urging all countries which have not yet done so to sign the convention,” Lavrov said.

“I will reveal a little secret: this clause was introduced by Iran and supported by the United States. Iran in the past century, has twice suffered from chemical weapons. I think Iran offered a very sound addition,” the Russian foreign minister said.

The resolution that the UN Security Council is to adopt in support of the plan to destroy Syria’s chemical weapons won’t refer to Chapter 7 of the UN Charter, regulating the use of military force on behalf of the council, Sergey Lavrov says.

The foreign minister explained Russia’s position on the future document after meeting his French counterpart Laurent Fabius in Moscow.

The resolution, Lavrov stressed, is meant only to affirm the support of the UNSC to the roadmap for destruction of the chemical weapons stockpile, which will be penned by the Organization for the Prohibition of Chemical Weapons (OPCW).

Read moreRussia’s Lavrov: UNSC Resolution On Syria Won’t Be Under Chapter 7 Allowing Use Of Force

Syria has given Russia new “material evidence” that opposition fighters in the Syrian conflict have used chemical weapons, a Russian minister has said.

Deputy Foreign Minister Sergei Ryabkov also said a report by UN inspectors on the alleged use of chemical weapons was “politicised, biased and one-sided”.

He said the inspectors had only looked at evidence of an alleged attack on 21 August, not three previous incidents.

The UN team found that the nerve agent Sarin was used in the 21 August attack.

The report, however, did not apportion blame for the attack but Western nations blame the government forces of Syrian President Bashar al-Assad.

Damascus – backed by Russia – says opposition forces are to blame.

While perhaps not entirely surprising, the UN’s report on the chemical weapons (alleged) usage in Syria has come back positive:

But of course – crucially:

“On the basis of the evidence obtained during the investigation of the Ghouta incident, the conclusion is that chemical weapons have been used in the ongoing conflict between the parties in the Syrian Arab Republic … against civilians, including children, on a relatively large scale,” the report said.

A newly leaked classified document has revealed the US military knew that foreign-backed militants fighting against the Syrian government had sarin gas.

In a classified Secret/Noforn (not for foreign distribution) document obtained by WND, the US military has confirmed that militants from al-Qaeda-linked al-Nusra Front in Syria had sarin gas.

According to the document, which came from the US intelligence community’s National Ground Intelligence Center (NGIC), al-Qaeda elements in Iraq produced a “bench-scale” form of sarin and transferred it to Turkey for use by foreign-backed militants in Syria.

Russia has passed proof of the use of chemical weapons by the militants inside Syria to the United Nations Security Council (UNSC).

“There are suspicions that the militants have used these [chemical] weapons repeatedly,” said the Head of Duma international affairs committee Alexei Pushkov on Wednesday, adding “Russia has just passed existing proof to the UN Security Council.”

He also said that the militants have used chemical weapons near Aleppo in March, adding that Carla Del Ponte, who is a leading United Nations investigator, has also acknowledged it.