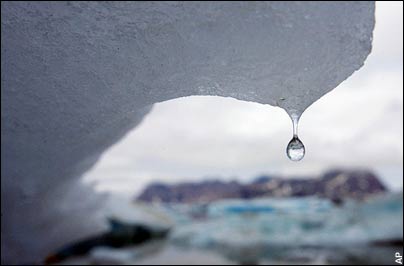 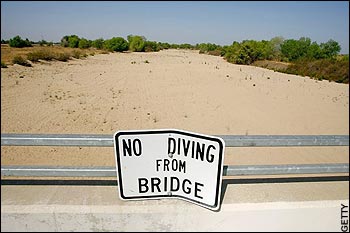 In Quebec, St. Lawrence water levels were so low this fall in places like Haut Gorge park that water had to be pumped in from Lake Ontario. Photograph by : Allen McInnis, Canwest News Service

In Quebec, St. Lawrence water levels were so low this fall in places like Haut Gorge park that water had to be pumped in from Lake Ontario.

In Quebec, St. Lawrence water levels were so low this fall in places like Haut Gorge park that water had to be pumped in from Lake Ontario.

Canada is crisscrossed by innumerable rivers, some of which flow into three oceans.

Yet Canada’s fresh water isn’t as abundant as you may think. And it’s facing serious challenges and the looming menace of climate change, which is expected to exacerbate Canada’s water problems and leave more of the world thirsting after our precious liquid resource.

“They say you need a crisis before people get jerked into taking responsible action,” says Chandra Madramootoo, a water researcher and founding director of McGill University’s Brace Centre for Water Resources Management.

“When are we going to finally say, ‘Jeez, we’re not as water rich as we thought we were and maybe we better start doing something?’ Is it going to be the day when we [must] ration water?”

Some think the crisis is already here. They say it’s time to take action — by, for example, conserving water, cracking down on polluters, preparing for the effects of climate change and coming to the aid of waterless poor in the developing world.

The Prince of Wales has warned that the world faces a series of natural disasters within 18 months unless urgent action is taken to save the rainforests.

In one of his most out-spoken interventions in the climate change debate, he said a £15 billion annual programme was required to halt deforestation or the world would have to live with the dire consequences.

“We will end up seeing more drought and starvation on a grand scale. Weather patterns will become even more terrifying and there will be less and less rainfall,” he said.

“We are asking for something pretty dreadful unless we really understand the issues now and [the] urgency of them.” The Prince said the rainforests, which provide the “air conditioning system for the entire planet”, releasing water vapour and absorbing carbon, were being lost to poor farmers desperate to make a living.

He said that every year, 20 million hectares of forest – equivalent to the area of England, Wales and Scotland – were destroyed and called for a “gigantic partnership” of governments, businesses and consumers to slow it down.

“What we have got to do is try to ensure that these forests are more valuable alive than dead. At the moment, there is more value in them being dead,” he said.

A number of regions in the north and northeast part of China were still fighting a continuous drought that could affect spring farming. Serious drought began to hit many big cities and prefectures of Inner Mongolia Autonomous Region in the north, including Hulun Buir, Baotou, Ordos and Xilingol, early this month because of reduced rainfall since December, the autonomous regional meteorological bureau said Thursday.

Different localities received a maximum of 20 millimeters of rainfall over the past four months, up to 70 percent less than the corresponding period of previous years, according to Li Yunpeng, official with the meteorological center of ecology and agriculture. The drought would continue in the region until the first springrain comes in mid April, said Li. Meteorological authorities called for measures to maintain soilmoisture for the upcoming spring sowing. A severe drought in the neighboring Hebei Province had affected 3 million hectares of cropland and left residents in some areas short of drinking water. It is the 12th consecutive spring drought in the province, which only received seven millimeters of rainfall on average since the winter, about 60 percent less than normal years.