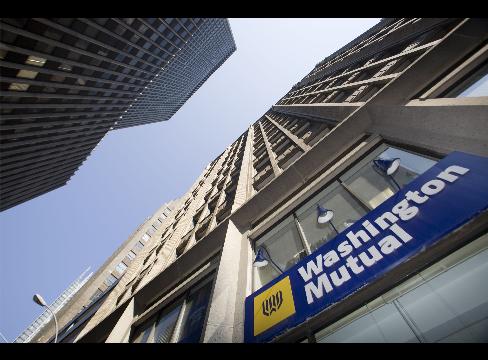 Sept. 25 (Bloomberg) — Washington Mutual Inc.’s options may be dwindling as potential bidders shy away from making an offer because it’s not clear how much the proposed $700 billion U.S. bank rescue package will benefit the Seattle-based lender.

Five banks that were considering bids, including JPMorgan Chase & Co., have failed to make an offer in the week since WaMu put itself up for sale. WaMu next approached Carlyle Group and Blackstone Group LP, two people briefed on the matter said. Those talks are preliminary, and hinge on the government’s role in helping WaMu, which faces an estimated $19 billion in bad loans, the people said, speaking anonymously because the discussions are private.

“A WaMu deal is likely frozen until the bailout gets worked out,” said Steven Kaplan, a finance professor at the University of Chicago Graduate School of Business. “People aren’t in a hurry to make any decision until they know what’s coming out of Washington.”

WaMu is under increasing pressure to strike a deal as its stock sags and ratings companies pummel its debt. Standard & Poor’s yesterday cut WaMu’s rating for the second time in nine days, dropping it to CCC from BB-. WaMu’s regulator, the Office of Thrift Supervision, and the Federal Deposit Insurance Corp., which guarantees customer deposits, have declined to comment. 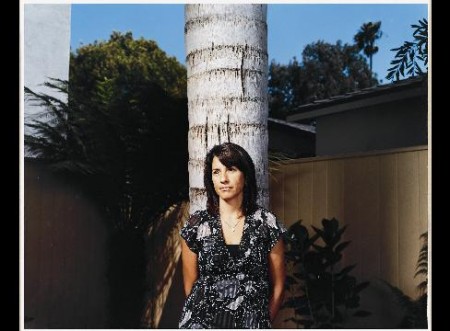 Sept. 25 (Bloomberg) — Deborah Horn tugs on the handle of the glass-paned entrance of the IndyMac Bancorp Inc. branch in Manhattan Beach, California. The door won’t budge. The weekend is approaching, and Horn, 44, the sole breadwinner in a family of three, needs cash.

A small notice taped to the window on this Friday afternoon in mid-July tells her why she’s been locked out. IndyMac has failed, the single-spaced, letter-sized paper says; the bank is now in the hands of the Federal Deposit Insurance Corp.

WASHINGTON (AP) — Banks are not the only ones struggling in the growing financial crisis. The fund established to insure their deposits is also feeling the pinch, and the taxpayer may be the lender of last resort.

The Federal Deposit Insurance Corp., whose insurance fund has slipped below the minimum target level set by Congress, could be forced to tap tax dollars through a Treasury Department loan if Washington Mutual Inc., the nation’s largest thrift, or another struggling rival fails, economists and industry analysts said Tuesday.

Washington Mutual (WM, Fortune 500) shares were battered last week, losing 36% of their value as investors grew increasingly nervous that the bank didn’t have enough capital to see it through the tsunami sweeping Wall Street.

Attention has focused on the danger presented by the failure of Lehman Brothers. But the failure of a commercial bank such as Washington Mutual can have systemic consequences if it threatens a run on other weak banks.

Washington Mutual – the sixth largest bank in the US – has lost more than a third of its market value recently as investors fear it lacks liquidity and capital to survive the credit crisis.

The failure of a bank its size would test the strength of the US deposit insurance system and its ability to maintain the confidence of the nation’s savers.

Its shares were down 17 cents, or 7.3 percent, at $2.15 on Thursday on the New York Stock Exchange, but fell to $1.75 earlier in the session. The stock has plunged 44 percent in the previous two days.

Wall Street is worried that Washington Mutual, like Lehman Brothers Holdings Inc (LEH.N: Quote, Profile, Research, Stock Buzz), may not have time to right itself, and that new the chief executive, Alan Fishman, will not find a buyer or raise enough capital for the Seattle-based thrift. 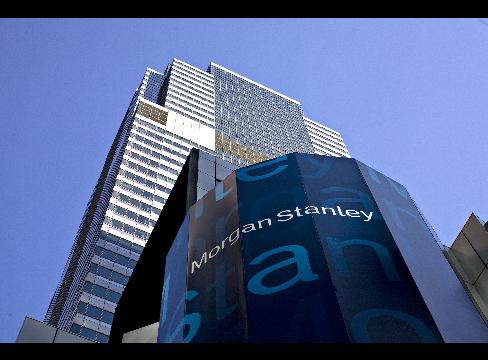 Aug. 6 (Bloomberg) — Morgan Stanley, the second-biggest U.S. securities firm, told thousands of clients this week that they won’t be allowed to withdraw money on their home-equity credit lines, said a person familiar with the situation.