So much for that much anticipated rebound in the participation rate.

After it had managed to post a modest increase in the early part of the year, hitting the highest level in one year in March at 63%, the disenchantment with working has returned, and the labor force participation rate had flatlined for the next few month, ultimately dropping in November to 62.7%, just shy of its 35 year low of 62.4% hit last October. This can be seen in the surge of Americans who are no longer in the labor force, who spiked by 446,000 in November, hitting an all time high of 95.1 million. 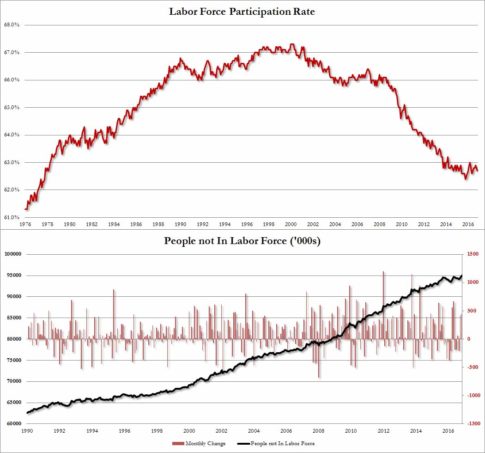 Read moreAmericans Not In The Labor Force Soar To Record 95.1 Million: Jump By 446,000 In One Month 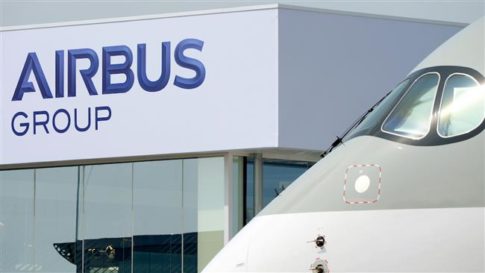 Setting the mood ahead of tomorrow’s “critical” for the Fed’s September rate hike decision payrolls report, moments ago, WSJ reported that Wal-Mart Stores plans to cut 7,000 back office positions around the country, a restructuring move that in addition to seeking to improve its efficiency, will drastically alter the layout of its workforce, which as recently as a year ago was delighted by WMT’s minimum wage price hikes.

WSJ reports that the country’s largest private employer is eliminating about 7,000 U.S. store accounting and invoicing positions over the next several months, jobs mostly held by long-term employees, often some of the highest paid hourly workers in stores. The retailer wants those employees working with shoppers, not in backrooms, say company executives. Centralizing or automating much of those tasks is more efficient, they say.

– When ‘Whatever It Takes’ Fails: 37% Of Italians Give Up Job Hunt As Welfare State Grows:

With France calling for the EU’s budget limits to be lifted and everyone breaking every rule of fiscal responsibility – because Draghi has killed the market’s signal – the fear of ever deepening deficits is (for now) removed. Enabling governments to do “whatever it takes” to get re-elected, because reforms are vote-killers, has incentivized an ever-growing group of Europeans to simply give up the job search… with Italians at the top of the list… 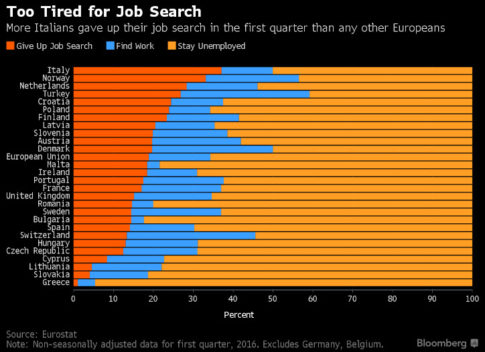 Going from the final quarter of 2015 through March of this year, 37 percent of unemployed Italians gave up their job search, while only 13 percent landed new work and a full half found their status unchanged.

Read moreWhen ‘Whatever It Takes’ Fails: 37% Of Italians Give Up Job Hunt As Welfare State Grows

Based on a new report by Fathom Consulting, it appears that China is also dramatically misreporting what may be the one most critical for social stability metric, its unemployment rate, which when stripped away of the political propaganda, is more than three times greater than the officially reported rate. According to Fathom, China’s underemployment Indicator has tripled to 12.9% since 2012 even while the official jobless rate has hovered near 4% for five years.

This is exactly what we have been expecting to happen.  On Friday, the Bureau of Labor Statistics announced that the U.S. economy only added 38,000 jobs in May.  This was way below the 158,000 jobs that analysts were projecting, and it is also way below what is needed just to keep up with population growth.  In addition, the number of jobs created in April was revised down by 37,000 and the number of jobs created in March was revised down by 22,000.  This was the worst jobs report in almost six years, and the consensus on Wall Street is that it was an unmitigated disaster.

How do you know the Fed is justified in hiking again, the economy is recovering, and the market are zooming higher? One hint is the just announced thousands in layoffs in both the energy and tech sector, among which are Shell, which announced it would layoff 2,200 jobs; Microsoft reporting it would cut 1,850; and Intel terminating up to 350 jobs in Germany. 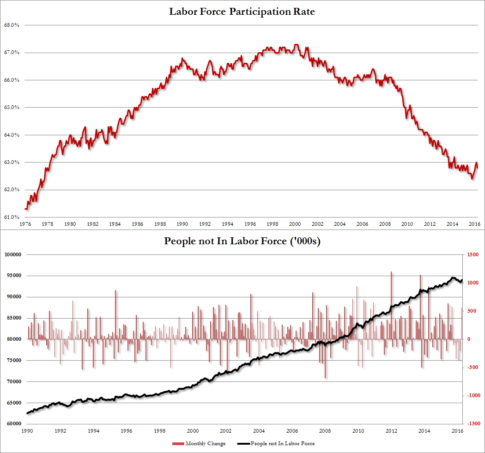 – 562,000 Workers Drop Out Of The Labor Force As Participation Rate Resumes Drop:

In addition to the poor headline Establishment survey print which rose only 160,000 in April, coupled with a deplorable Household survey employment number which plunged by 316,000 for the month and below levels seen in February, an even more concerning development was the resumption in the deteriorating trend in the US labor force participation rate, which in recent months had been on a steady increase as far fewer workers were dropping out of the workforce (contrary to convention wisdom, this was not driven by new entrants into the labor force).