And there still is this ‘slight problem‘ (ROFL!) with history:

Born in 1945. Full Member (Academician) of the Russian Academy of Sciences, Full Member of the Russian Academy of Natural Sciences, Full Member of the International Higher Education Academy of Sciences, Doctor of Physics and Mathematics, Professor, Head of the Moscow State University Department of Mathematics and Mechanics. Solved the classical Plateau’s Problem from the theory of minimal spectral surfaces. Author of the theory of invariants and topological classification of integrable Hamiltonian dynamic systems. Laureate of the 1996 National Premium in Mathematics of the Russian Federation for a cycle of works on the Hamiltonian dynamic system multitude invariance theory. Author of 180 scientific publications, 26 monographs and textbooks on mathematics, a specialist in geometry and topology, variational calculus, symplectic topology, Hamiltonian geometry and mechanics, computer geometry.

Author of a number of books on the development of new empirico-statistical methods and their application to the analysis of historical chronicles as well as the chronology of antiquity and the Middle Ages.

He is author of the following books:

The Turin Shroud has baffled scholars through the ages but in his new book, The Sign, Thomas de Wesselow reveals a new theory linking the cloth to the Resurrection. 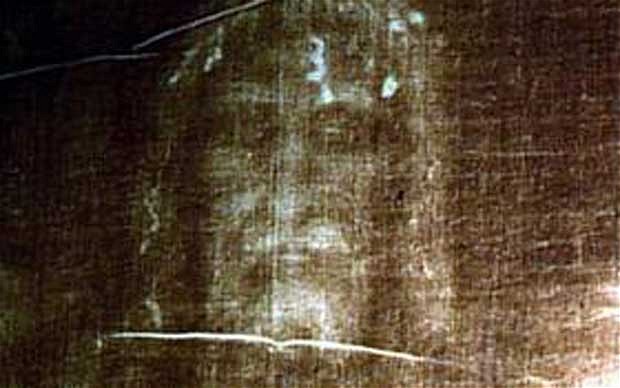 Black and white: The haunting face is now the most familiar image of the Shroud, representing for many the true face of Jesus

For centuries the Turin Shroud, regarded by some as the burial cloth of Jesus, by others as the most elaborate hoax in history, has inspired extraordinary and conflicting passions. Popes, princes and paupers have for 700 years been making pilgrimages the length of Europe to stand in its presence while scientists have dedicated their whole working lives to trying to explain rationally how the ghostly image on the cloth, even more striking when seen as a photographic negative, and matching in every last detail the crucifixion narrative, could have been created. And still a final, commonly agreed answer remains elusive, despite carbon-dating in 1988 having pronounced it a forgery.

“That’s what first attracted me,” says Thomas de Wesselow, an engagingly serious 40-year-old Cambridge academic. “I’ve always loved a mystery ever since I was a boy.” And so he became the latest in a long line to abandon everything to try to solve the riddle of the Shroud.

Eight years ago, de Wesselow was a successful art historian, based at King’s College, making a name for himself in scholarly circles by taking a fresh look at centuries-old disputes over the attribution of masterpieces of Renaissance painting. Today, he still lives in the university city – we are sitting in its Fitzwilliam Museum café – but de Wesselow has thrown up his conventional career and any hopes of a professorial chair to join the ranks of what he laughingly calls “shroudies”.

“In academia, the subject of the Shroud is seen as toxic,” he reports, “and no one wants to open the can of worms, but try as I might I just couldn’t resist it as an intellectual puzzle.”

For most “shroudies”, though, it is more than just intellectual. It offers that elusive but faith-validating proof that Jesus died exactly as the gospels say he did. But again it gets complicated, for the Vatican, since 1983 the owner of this hotly disputed icon, disappoints “shroudies” by limiting itself to declaring that the burial cloth is a representation of Jesus’s crucified body, not his actual linen wrap. And it has accepted the carbon-dating tests as conclusive.

De Wesselow dismisses those tests as “fatally flawed”. So, although he describes himself as agnostic, he now finds himself in the curious position of being more of a believer in the Shroud than the Pope. His historical detective work has convinced him, he insists, that it is exactly what it purports to be — the sheet that was wrapped round Jesus’s battered body when it was cut down from the cross on Calvary.