There has been a natural disaster that has caused at least a billion dollars of damage inside the United States every single month so far this year.  According to the National Oceanic and Atmospheric Administration, there have been 10 major disasters in the United States this year.  On average, usually there are only about 3 major disasters a year.  At this point, disasters are happening inside the United States so frequently that there seems to be no gap between them.  We just seem to go from one major disaster to the next.  Last year, FEMA declared an all-time record of 81 disasters inside the United States.  This year, we are on pace for well over 100.  We just got done dealing with Hurricane Irene, and now we are dealing with historic wildfires in Texas and unprecedented flooding up in the northeast part of the country.  This has been the worst year for natural disasters in U.S. history, and we still have nearly four months left to go.  Hopefully after everything that has happened this year it has become abundantly clear to all of us why we need to prepare for emergencies.  The world is becoming an increasingly unstable place, and you never know what is going to happen next.

As of 110am CST a possible tornado listed on titan storm tracking via intellicast.com. heading towards New York City , NY .

Expect severe weather up to and including tornadoes in the following areas due to HAARP Ring activity over each named town:

North Indiana along the Michigan Border as far west as Chicago as far east as Lorain Ohio / Cleveland Ohio.

Also watch Grand Rapids , Grayling, Mio, Michigan— although the state of Michigan may just be the accellerator moving the storms along their track…. we shall see about michigan getting severe.. i don’t quite know yet on this… since it seems the whole state is covered by two of the rings…

The rest of the named areas can also be seen by pausing this video and making note of the area, and then compare 2 days later to see what was hit.

The red triangle on the map shows the tornado in Iowa.. also the blue shows Hail, the Yellow markers show damaging winds and hail, and the green markers indicate “strong cell” thunderstorms.

also, here is the HAARP ring forecast I made from about 24 hours ago… calling specifically for Omaha to Davenport to get severe up to tornados… 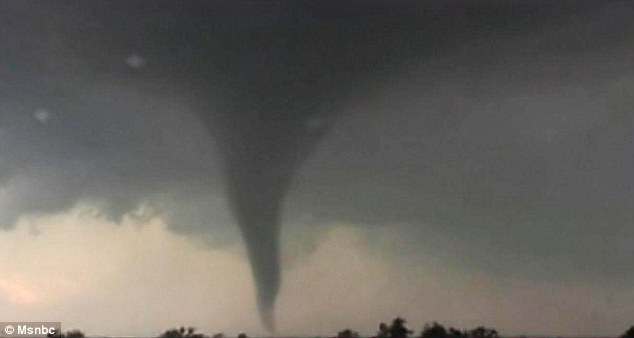 This means severe weather in 24-48 at the center of the Ring.. which is Springfield Illinois.

Just a heads up .. in case you somehow missed it all yesterday .. today will be a bit more of the same.. severe across the board most likely.

My forecast from earlier today covers several areas, and names the specific towns that may have a threat watch associated with them due to the HAARP Ring activity.

Hundreds of people died yesterday. These storms are as severe as they can get.. F5 tornadoes, softball sized “spiked mace” type hail, torrential rain, flash flooding, and heavy lighting activity.

Beware today if you live in the midwest, if you hear a tornado siren, PLEASE do not dismiss it !! Take warning and move to the proper interior location.

much love to one another, and stay safe in you are in the area from Texas north to North Dakota, west to Colorado, and east to New York State.. bascially 2/3 of the country.

All areas may expect to get severe weather up to and including tornadoes in the next 24-48 hours based upon the “appearing” of the “HAARP Rings” with the epicenter of each ring being the aforementioned cities.

More information will be updated as more rings appear throughout the night tonight and into tomorrow.

Each area from two days ago HAARP ring outbreak and Scalar Square activity.. is going to get hit today with severe weather up to and including tornadoes.

Areas to be hit today are:

This list WILL expand to cover more of the cities forecasted by the HAARP ring forecasters over the past few days.

for the past 24 hours I hit the road and last night was NOT able to upload.

So if you are curious about the HAARP ring activity that led up to TODAY’s severe outbreak.. search youtube for “haarp ring” over the past 24 hours.

Several of the other haarp ring forecasters have been on top of this..

and SOO many more.. these are just off the top of my head!

Joplin Missouri was hit last night with a tornado that killed possibly over 100 people.

ALERT! now another storm, possibly a tornado is coming DIRECTLY towards Joplin again!! 635am CST 5/23/2011 … all the media is there covering last nights storm.. stay tuned!!!!

– ALERT!!! ANOTHER Tornadic Cell Heading Towards Joplin, Missouri … On To Lebanon and Rolla (MO)

The first video even confused some of my regular viewers.. HOPE THIS HELPS!!

JOPLIN WAS ADDED TO THE LIST btw.. but thats NOT what the point of the previous video is that I have since removed..

I showed the whole area and showed the targets to be hit.. it JUST SO HAPPENS that in the middle of all 3 large rings sits joplin.. and if you follow the track the storm took.. it went RIGHT THROUGH THE CENTER OF THE RINGS! This proves, in my opinion, that the ring directly north and directly south of joplin sent the storm right over Joplin itself.

Look at the rings, and the areas that were hit, it is very obvious.

the description below the video was updated accordingly SEVERAL times over the past 2 days now.

This does NOT invalidate the forecast for the area, etc.. it gave “trolls” a way to find a hole in the forecast.. saying I cheated by updating the description box. Which i suppose technically, is true in a way.. will have to address this somehow on my blog.. maybe a spreadsheet that I can update so there are no cross posts on the original video… will look into this.

LOL at saying im “cheating” by updating the description box now.. I guess thats better than being called a government agent, a paid schill, a begger, a satanist, a nazi, or a disinformation agent.

Now we can add , forecast cheater/updater, to the list apparently!!! ahahah :^)

showing the description update was NOT my real focus, and so i have deleted === everyone else 2 days ago who saw and reported Southern Missouri and Northern Arkansas KNOWS this.. however, the average viewer does not…. thus this video, and this description are necessary to clairy any “confusion” being generated by naysayers.

again, JOPLIN was NOT named in the video.. JOPLIN was named along the way in the description box. thats how I do the forecasts. everyone knows this. 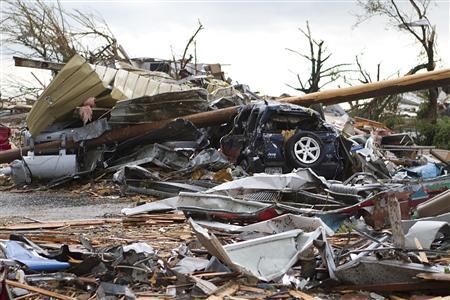 (Reuters) – At least 89 people have died in Joplin, Missouri, and the toll is expected to climb as one of the deadliest tornadoes in state history roared through the small Midwestern city on Sunday, local officials said on Monday.

Rescue crews from throughout the region worked through the night in the town of about 50,000 people in search of the dead and injured and to aid those left homeless.

Officials said they expected to find more bodies with first light on Monday as they dig through the rubble.

The tornado blew the roof off one hospital with about 180 patients and some 2,000 other buildings were destroyed.

“It is a significant tragedy,” said Missouri Governor Jay Nixon. “We’re working on all cylinders. We’ve got to get an active and complete search … to make sure if there is anyone still alive in the rubble that we get them out.”

This forecast : ‘HAARP Rings And Scalar Squares = Very Severe Weather (Incl. Tornadoes) In St Louis, Springfield, Omaha, Chicago In The Next 24-48 Hours‘ calling for Saint Louis Missouri, Springfield illinois, Chicago illinois, and Des Moines Iowa to receive the strongest center portion of the coming (not yet formed at the time) storms. Up to and including tornadoes.

View the ring effected areas from 2 days ago right now on intellicast.. look at Saint Louis Missouri, Springfield Illinois, and Chicago … all in line for the large portion of the coming storm.

In the towns of Saint Louis Missouri, Springfield Illinois, Omaha Nebraska, Lacrosse Wisconsin, and Dixon to Chicago Illinois, and Milwaukee… expect severe weather up to and including tornadoes in the next 24-48 hours from now .. 300am CST 4/30/2011 .

Based upon the “HAARP VLF UHF” radar rings showing up around each effected area.