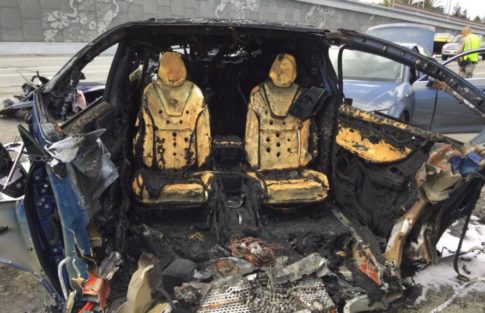 Only the charred rear half of a Tesla Model X remained intact Friday morning on a highway near Mountain View after the vehicle crashed into a carpool lane barrier and caught fire, with the trapped driver dying later from his injuries.

– The Tesla Model 3 Will Need to Improve Its Charge Time, Fast:

Tesla wants the upcoming Model 3 to be the first electric car for everyone, but to do so, it’ll need a seriously amount of infrastructure in place. Fast charging is critical to the electric car’s success — drivers need to be able to top up the car’s juice in an emergency — but Tesla’s network of fast chargers might not be adequate for the company’s production targets.

We don’t know for sure how long the Model 3 will take to charge, but we can reach an approximation based on Tesla’s current range. The 90kWh Model S, with a range of 294 miles as tested by the EPA, takes around 10 hours to charge from a NEMA 14-50 power outlet. From a wall connector, that can drop to as low as five hours and 30 minutes.

– Elon Musk Sells $3.5 Million Worth Of Flamethrowers In One Day:

A Japanese firm intends to give Tesla a run for its technology, by making solar cells in designs that can make it building material substitutes. 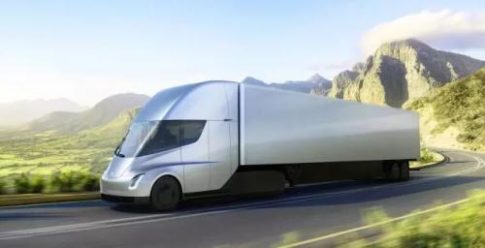 – Tesla’s Semi-Truck Would Require Energy Of 4,000 Homes To Recharge

Apparently German government officials have finally woken up to the realization that it’s utterly ridiculous to use tax revenue generated primarily from middle and low-income households to fund subsidy payments to rich people buying $100,000 luxury sports cars.  As Business Standard notes this morning, the German Federal Office for Economic Affairs and Export Controls announced that it will no longer subsidize the Tesla Model S as it can not be delivered in a configuration that meets the 60,000 euro price limit.

A German government agency has removed Tesla’s Model S from the list of electric cars eligible for subsidies because it is not available in a version that falls within a 60,000 euro ($71,448) price limit.

Tesla customers could not order the Model S without extra features that pushed the price of the car above the limit, a spokesman for the German Federal Office for Economic Affairs and Export Controls (BAFA) said on Friday.

German magazine Auto Bild had reported that BAFA was looking into the issue and could take Tesla off the eligibility list.

According to Reuters, Germany launched their incentive scheme, worth about 1 billion euros, last year.  The funding requirements were shared by the German car industry to boost electric car usage. A price cap was included to exempt premium models.  Under the subsidy scheme, buyers get 4,000 euros off their all-electric vehicle purchase and 3,000 euros off plug-in hybrids.

– There Is Just One Thing Preventing Elon Musk’s Vision From Coming True: The Laws Of Physics

– Is This The Tesla Killer?:

We all know the story behind Fisker, it was one of the world’s first plug-in hybrid electric vehicles in 2008, and even had a legal spat between Tesla, but shortly after in 2012 the company crashed and burned in bankruptcy. Last year, Henrik Fisker decided to relaunch his brand. He thought that one failure wasn’t enough—-just like Elon Musk’s SpaceX rockets. During Fisker’s relaunch, he made a shocking comment that caught the attention of Musk and it was on the claims of a new breakthrough in battery technology using graphene-based hybrid material that would revolutionize battery storage and make Musk’s batteries appear obsolete.

Thirteen months passed, and Musk wrote off Fisker’s claims, as Musk decided to focus on other things like his Boring company. That might of been Musk’s fatal flaw, because Fisker just came out and dropped a bombshell on the electric vehicle (EV) industry: ‘New Fisker Batteries 2.5x Density, 500 Miles Per Charge & Charging in 1 Minute’..

Musk will shortly developed uncontrollable convulsions with the understanding his Gigafactory producing thin-film lithium batteries could be obsolete.