‘Designed’ to destroy your DNA … 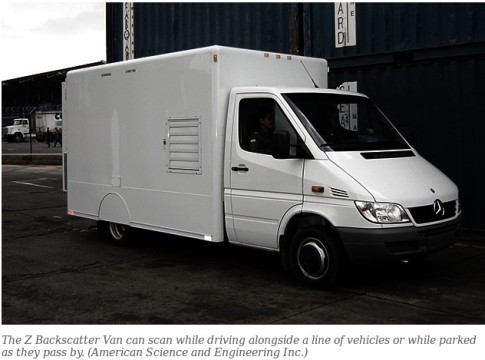 The NYPD has a secretive program that uses unmarked vans with X-ray machines designed to detect bombs. ProPublica tried to find out more about it, but the NYPD refused to answer for three years.

A state judge has ordered the New York City Police Department to release records on a secretive program that uses unmarked vans equipped with X-ray machines to detect bombs.

The ruling follows a nearly three-year legal battle by ProPublica, which had requested police reports, training materials, contracts and any health and safety tests on the vans under the state’s Freedom of Information Law.

In the unfiltered world there are no secrets. A wall or cloak blocks observation only by virtue of the limitations of vision, whether it’s those of the naked human eye or mechanical seeing devices designed around the parameters of a naked eye. If somehow humans could see light waves at all frequencies (and make sense of it), we could see everything.

We’ve developed an impressive array of tools with which it’s become possible to view the world at different frequencies of light, whether that involves the X-ray wavelengths used in radiography or the millimeter wave scanners (the sort that see through clothing) used now in many airports. While humans evolved to see a certain range of wavelengths for very good reasons—that’s where most of the useful information about our physical, terrestrial world can be found—technology has made much more available to us.

The device, which tests for terahertz radiation, is small enough to be placed in a police vehicle or stationed at a street corner where gunplay is common

The department just received a machine that reads terahertz — the natural energy emitted by people and inanimate objects — and allows police to view concealed weapons from a distance.

Besides the fact that they are being operated by an agency that demonstrates on a daily basis a disdain and disregard for discretion, privacy, and professionalism, the Transportation Security Administration’s full-body backscatter x-ray machines are just not safe.

That’s the diagnosis of Dr. Dong Kim, the neurosurgeon who treated U.S. Rep. Gabrielle Giffords, D-Ariz., when she was shot in the head in January 2011 by a crazed gunman in Tucson.

“There is really no absolutely safe dose of radiation,” said Kim, chair of the department of neurosurgery at the University of Texas Medical School. “Each exposure is additive, and there is no need to incur any extra radiation when there is an alternative.”

In fact, Kim says he doesn’t allow the TSA to irradiate him when he travels; he always opts for the individual pat down when passing through airport security.

– DNA-Destroying Chip Being Embedded Into Mobile Phones (Zen Haven, May 9, 2012): 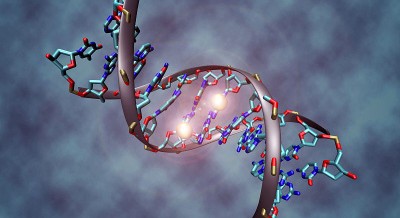 According to Dr. Boian Alexandrov at the Center for Nonlinear Studies at Los Alamos National Laboratory in New Mexico, terahertz (THz) waves destroy human DNA. The waves literally unzip the helix strand. Now a team of technologists at UT Dallas are planning to take chips broadcasting THz waves and embed them into mobile phones for use as an imaging system for consumers, law enforcement and medical personnel… a potentially deadly technology that could eventually kill or sicken millions of people

The controversial THz scanner technology used by the TSA at many of the nation’s airports is being adapted for cell phone use. Studies of terahertz radiation have caused experts to raise alarms over the significant health risks to humans.

Recently major media touted a new chip that permits the adaption of a THz generating device to be embedded into cellular phones.

Is the price for seeing through walls, a grisly death? 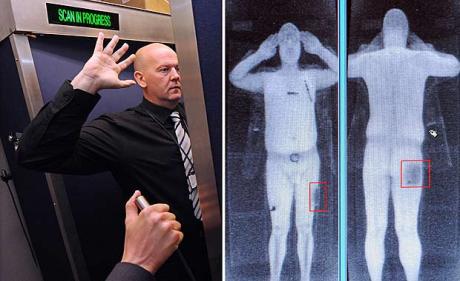 The millimeter wave scanners emit a wavelength of ten to one millimeter called a millimeter wave, these waves are considered Extremely High Frequency (EHF), the highest radio frequency wave produced. EHF runs a range of frequencies from 30 to 300 gigahertz, they are also abbreviated mmW. These waves are also known as terahertz (THz) radiation. 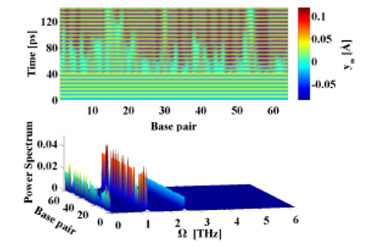 Great things are expected of terahertz waves, the radiation that fills the slot in the electromagnetic spectrum between microwaves and the infrared. Terahertz waves pass through non-conducting materials such as clothes , paper, wood and brick and so cameras sensitive to them can peer inside envelopes, into living rooms and “frisk” people at distance.

The way terahertz waves are absorbed and emitted can also be used to determine the chemical composition of a material. And even though they don’t travel far inside the body, there is great hope that the waves can be used to spot tumours near the surface of the skin.

With all that potential, it’s no wonder that research on terahertz waves has exploded in the last ten years or so.

But what of the health effects of terahertz waves? At first glance, it’s easy to dismiss any notion that they can be damaging. Terahertz photons are not energetic enough to break chemical bonds or ionise atoms or molecules, the chief reasons why higher energy photons such as x-rays and UV rays are so bad for us. But could there be another mechanism at work?

The evidence that terahertz radiation damages biological systems is mixed. “Some studies reported significant genetic damage while others, although similar, showed none,” say Boian Alexandrov at the Center for Nonlinear Studies at Los Alamos National Laboratory in New Mexico and a few buddies. Now these guys think they know why.

And it also explains why the evidence has been so hard to garner. Ordinary resonant effects are not powerful enough to do do this kind of damage but nonlinear resonances can. These nonlinear instabilities are much less likely to form which explains why the character of THz genotoxic effects are probabilistic rather than deterministic, say the team.

LONDON, England (CNN) — New technology that can “see” through clothing and detect what’s underneath can now be used to scan crowds, making it a potentially effective tool to prevent terrorist attacks in public places.

The ThruVision T5000 camera picks up Terahertz rays, or T-rays, which are naturally emitted by all objects and can pass through fabric or even walls.

The camera can then image metallic and non-metallic objects hidden under clothing on still or moving subjects without revealing any body detail, according to its British manufacturer, ThruVision Limited.

While similar technology is being unveiled at airports around the world, the T5000 is designed to be used in large, open areas. With a range of 25 meters, the T5000 can screen people in public places, thus avoiding bottlenecks at border crossings or security checkpoints.

It also means people can be screened without knowing it.

The camera can see through people’s clothes from up to 25 meters away, detecting objects.