LOWER ALLOWAYS CREEK TWP. — The Salem Unit 2 nuclear plant remained shut down this afternoon following a problem with a reactor coolant pump, according to a spokesman for the plant’s operator.

When the pump shut down, the auxiliary pump system automatically started to provide water to cool the reactor.

The cause of the pump failure is still being investigated, according to Delmar. The plant functioned as designed, he said.

The plant remained in “hot shutdown” mode this afternoon.

The wildfire threatening Los Alamos, New Mexico has gained national attention, largely due to concerns about the safety of nuclear waste at Los Alamos National Labs, which played a key role in the Manhattan Project and nuclear weapons development and testing. As we noted Monday, the Department of Energy facility also houses two of the world’s leading supercomputers, the Cielo and Roadrunner systems. Those systems have been taken offline, Computerworld reports.“

A Los Alamos spokeswoman said the laboratory conducted an ‘orderly shutdown’ of two of its largest supercomputers,” writes Patrick Thibodeau at ComputerWorld. “IBM’s Roadrunner, the first the break the petaflop barrier in 2008, and now the 10th ranked most powerful supercomputer in the world, and Cielo, a Craig system that is ranked No. 6 on the Top500 list. The supercomputer shutdowns were conducted ‘early on,’ but an exact day or reason for the action wasn’t clear.”

System down after 1.5 hours?

Yes, yes it is a big system, which should have been carefully prepared and tested for at least one or two years and they did it in 2 months.

A leak was found on a joint of PVC pipes that transport the treated water.

(PhysOrg.com) — The savvy among you may remember that back in May we told you about Google’s attempts to get the Nevada state legislature to consider allowing users to driver UGV, or unmanned ground vehicles, that are more popularly know as self-driving cars on the states roads. At the time it seemed like an interesting notion and a bit of a pipe dream.

As it turns out dreams become real for the search giant quickly. The Nevada state legislature has just passed has just passed a bill, Assembly Bill No. 511, that does two things. First, the law allows the Nevada Department of Transportation to create rules and regulations regarding the use of self-driving cars, so that they can be used legally on the road. The second part of the law requires the Nevada state Department of Transportation to designate areas in which these vehicles can be tested.

AP reports that
the Japanese have finally brought out their own robots instead of the military-strength Roombas. Well, the Quince robot built by Chiba Institute of Technology specifically for nuclear disasters was sent to unit 2 to have a peek at the radioactive stew in the basement. but got stuck at a staircase landing. Plus the cable to drop a gauge into the basement didn’t work either. The T-hawk hover drone gizmo they got from the US military also landed or landed or crashed depending on who was writing on the roof of Unit 2, the building that still has a roof. It’s on its side, so I’d call that a crash.

What somebody called their try at making Fukushima Springs Bottled Water failed when their spectacular hacked together cesium filter essentially bottled up more radioactive bad crap to render the filter too hot for workers to even remove after a matter of hours when they were planning on the water being much less severely contamainated so that it was supposed to run for a month. That’s a problem because they can’t dump any more water to cool things if they don’t have any place to put it, and it goes into the ocean. 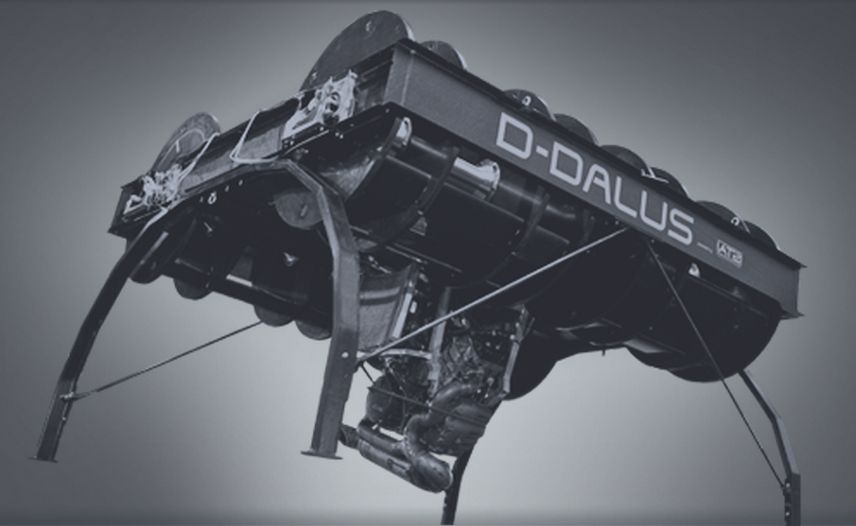 A firm from Austria, Austrian Innovative Aeronautical Technology (IAT21) has unveiled a new type of aircraft that flies without wings or rotors, at the Paris Air Show. Though not actually flown at the show, spokesmen for the new aircraft, named D-Dalus (no doubt after the tragic Greek figure Daedalus, who lost his son Icarus when his wings melted as he flew too close to the sun) claim the aircraft is capable of both hovering and flying forward as fast as a jet, all with very little noise.

The new technology is actually based on old technology; it flies by means of rotating discs surrounded by blades whose angle of attack can be altered in flight. The discs are spun by means of a conventional airplane engine. What’s new is the computer and software that controls the blades, allowing for very precise flying. The company says D-Dalus can hover next to a wall, maneuver though buildings or even lay still atop a moving bobbing ship in bad weather by pushing itself down against the deck. 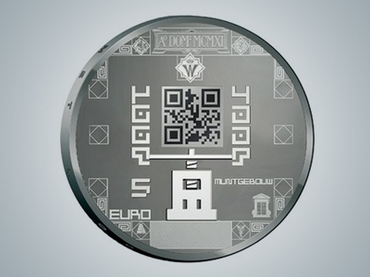 Dutch Royal Mint has made what appears to be world’s first coin to feature the Quick Response (QR) Code, a matrix of black and white squares, which can be scanned by a mobile phone camera and recognized by an app.

The codes, which are increasingly used in trade and advertising, usually serve as links to a website with more information about the product.

The Tokyo Electric Power Company is looking into why a system for decontaminating radioactive water at the Fukushima Daiichi plant is not working as expected, delaying resumption of the system’s full-scale operation.

The firm on Wednesday published data showing the amount of radioactive materials that had been removed from contaminated water during a test run of the US-made system.

The data show that density of Cesium-13 and Cesium-137 dropped to only one-100th of initial levels. 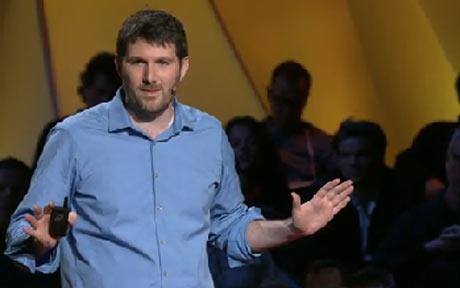 Spectacular images of mountains, buildings and trees have appeared in a mirage in China.