A recent revenue-enhancement fad in local government is to levy a tax on soft drinks. The tax is marketed to voters as a means of reducing soda consumption, which is presumed to be a contributor to the explosive rise in Type II diabetes, and more broadly, metabolic syndrome or diabesity.

While the intake of sugar/high fructose and sweetened beverages is certainly detrimental to health (see links below), it seems taxing sodas is more a topical excuse for skimming a new revenue stream than a meaningful way to reduce obesity/diabesity.

I have covered America’s declining health and fitness and the dramatic impact of high-sugar diets for many years:

A British professor’s 1972 book about the dangers of sugar is now seen as prophetic. So why did it lead to the end of his career? 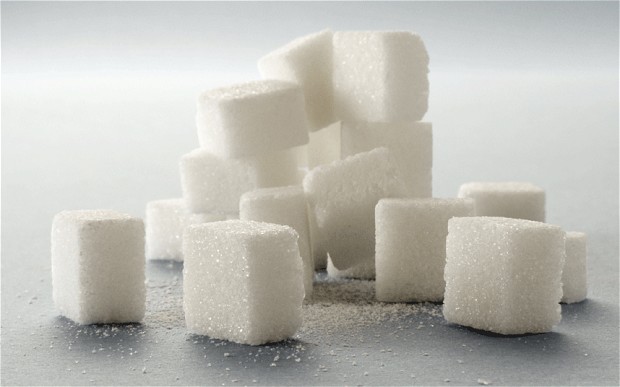 A couple of years ago, an out-of-print book published in 1972 by a long-dead British professor suddenly became a collector’s item. Copies that had been lying dusty on bookshelves were selling for hundreds of pounds, while copies were also being pirated online. Alongside such rarities as Madonna’s Sex, Stephen King’s Rage (written as Richard Bachman) and Promise Me Tomorrow by Nora Roberts; Pure, White and Deadly by John Yudkin, a book widely derided at the time of publication, was listed as one of the most coveted out-of-print works in the world.

How exactly did a long-forgotten book suddenly become so prized? The cause was a ground-breaking lecture called Sugar: the Bitter Truth by Robert Lustig, professor of paediatric endocrinology at the University of California, in which Lustig hailed Yudkin’s work as “prophetic”.

Read moreThe Man Who Tried To Warn Us About Sugar

Soft drinks should carry tobacco-style warnings that sugar is highly addictive and dangerous, a senior Dutch health official has warned. 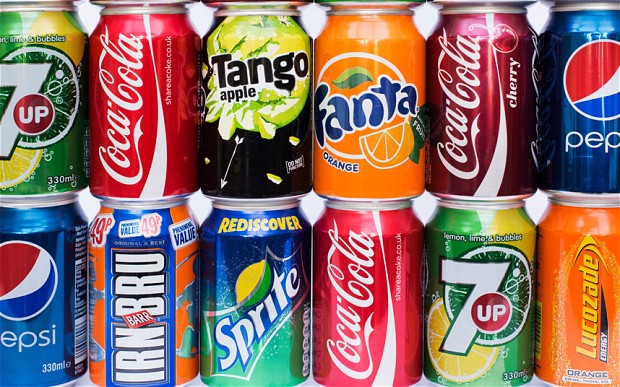 “Just like alcohol and tobacco, sugar is actually a drug. There is an important role for government. The use of sugar should be discouraged. And users should be made aware of the dangers,” he wrote on an official public health website.

“This may seem exaggerated and far-fetched, but sugar is the most dangerous drug of the times and can still be easily acquired everywhere.”

Mr Van der Velpen cites research claiming that sugar, unlike fat or other foods, interferes with the body’s appetite creating an insatiable desire to carry on eating, an effect he accuses the food industry of using to increase consumption of their products.

Read moreSenior Dutch Health Official: Soft Drinks Should Carry Tobacco-Style Warnings; Sugar Is ‘Addictive And The Most Dangerous Drug Of The Times’

Public health researchers looked at thousands of 5-year-olds, and found the more sugary soft drinks they consumed, the more likely they were to inflict damage and hurt others.

“We found a significant relation with soda consumption with the overall measure of aggression and with the three specific behaviors we felt were most indicative of aggression: destroying things belonging to others, getting into fights and physically attacking people,” wrote the authors, led by researcher Dr. Shakira Suglia, an assistant professor of epidemiology at Columbia University’s Mailman School of Public Health in New York City, said in a written statement.

For the study, researchers at Columbia University, Harvard and the University of Vermont analyzed about 3,000 kids — mostly black and Hispanic children — from 20 large U.S. cities. They had been enrolled in a study that followed them since birth, in which moms were given surveys about their child’s behavior.

In what is arguably the most shocking food study conducted since the Seralini “GMO rats” study released last year, researchers at the University of Utah have found that even a small amount of refined sugar consumption resulted in a doubling of the death rate of female mice.

Fed merely the equivalent of three cans of soda a day, females experienced a 100% increase in death rates, and males experienced a sharp drop in fertility. Males were also found to have impaired ability to hold territory, according to the study authors.

Want to solve the unresolvable issue of America’s $100 trillion in unfunded welfare liabilities? Start with this: America’s sugar addiction, because in 1822 America, the average person consumed 45 grams of refined sugar, or the amount found in one 12-ounce soda can, every 5 days; fast forward to 2012 and in the same period the average American now consumer a whopping 765 grams of sugar – the equivalent of 17 (non-diet) soda cans; also the equivalent of 130 pounds of refined sugar every year! More than anything, this country’s fascination with the sugar high (as well as all other various forms of cheap fast food gratification) coupled with an increasingly sedentary “behind a computer” lifestyle is the leading contributor to obesity, chronic healthcare conditions, and numerous other known and unknown sources of emergency healthcare funds. As always: if one wants change, that change always has to start in the mirror.

– Why You Should Avoid Fast Food At All Costs

– Dr. Mercola: What’s in the Non-Chicken Half of the McNugget?

PROBLEM: Though previous studies have predictably shown that food advertisements make people think of eating, little research has been done to understand how the brain responds to such visual cues and what feelings they elicit.

METHODOLOGY: University of Southern California researchers led by Kathleen Page used functional magnetic resonance imaging to measure the neurological responses of 13 obese, Hispanic women ages 15 to 25 and see if food reminders trigger hunger and cravings. They chose women for their known responsiveness to food cues and Hispanics because of the high risk of obesity and type 2 diabetes in their community.

RESULTS: Viewing images of high-fat food items stimulated the appetite and reward centers in the respondents’ brains. Interestingly, taking in glucose and fructose through sweetened drinks while inspecting the pictures also led to a desire for savory foods.

Eating too much sugar can eat away at your brainpower, according to US scientists who published a study Tuesday showing how a steady diet of high-fructose corn syrup sapped lab rats’ memories.

One group of rats was supplemented with brain-boosting omega-3 fatty acids in the form of flaxseed oil and docosahexaenoic acid (DHA), while the other group was not.

Before the sugar drinks began, the rats were enrolled in a five-day training session in a complicated maze. After six weeks on the sweet solution, the rats were then placed back in the maze to see how they fared.

“The DHA-deprived animals were slower, and their brains showed a decline in synaptic activity,” said Fernando Gomez-Pinilla, a professor of neurosurgery at the David Geffen School of Medicine at UCLA.

“Their brain cells had trouble signaling each other, disrupting the rats’ ability to think clearly and recall the route they’d learned six weeks earlier.”

“Saudi Arabia has been lying about the reserves for decades.

The reason oil is going up is the world is running out of known reserves of oil.”

Feb. 28 (Bloomberg) — Jim Rogers, chairman of Rogers Holdings, talks about his investment strategy for global stocks and commodities. Gold advanced, approaching a record, as tensions in the Middle East boosted oil prices, increasing demand for precious metals as a protector of wealth and hedge against inflation. Rogers also discusses his strategy for the U.S. dollar. He speaks in Hong Kong with Rishaad Salamat on Bloomberg Television’s “On the Move Asia.”