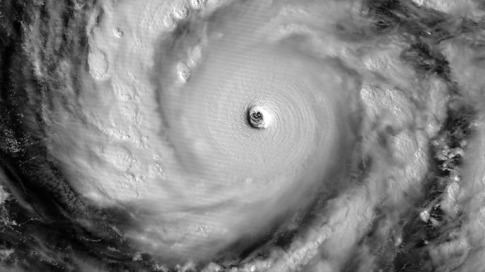 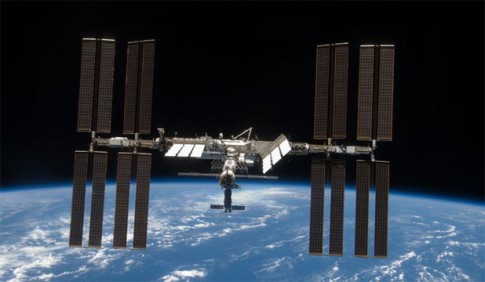 It’s not quite extraterrestrial life, but scientists have discovered sea plankton growing in space.

Russian space officials have confirmed traces of plankton and other micro-organisms were found living on the exterior of the International Space Station (ISS), and it appears they’ve been living there for years. 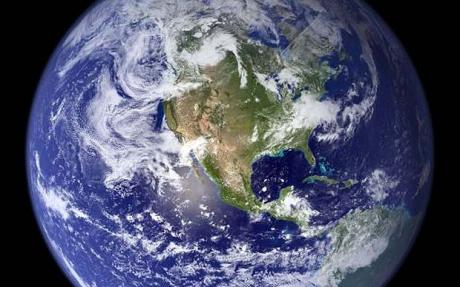 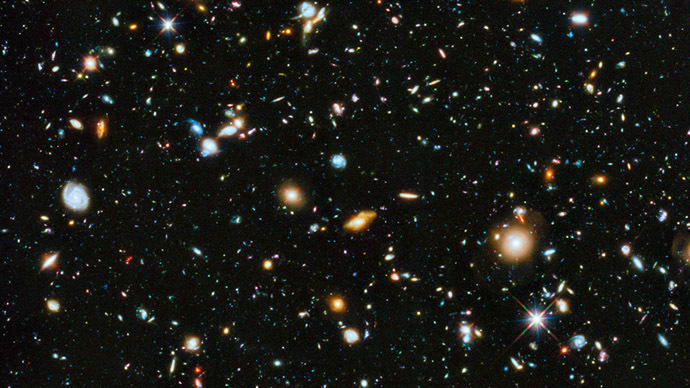 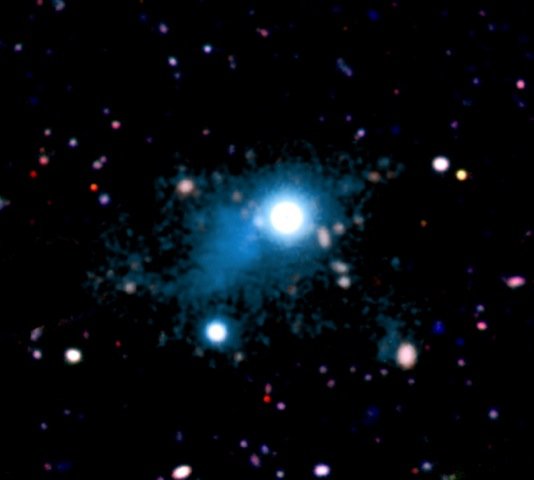 This deep image shows the Nebula (cyan) with a size of 2 million light-years discovered around the quasar UM287 (at the center of the image). The energetic radiation of the quasar makes the surrounding intergalactic gas glow revealing the physical structure of a cosmic web filament.

– Astronomers Capture The First Image Of The Mysterious Web That Connects All Galaxies In The Universe (Business Insider, Jan 19, 2014):

For the first time, astronomers were able to see a string of hot gas known as a filament that is thought to be part of the mysterious underlying structure that dictates the layout of all the stars and galaxies in our universe.

Scientists believe that matter in the universe is arranged into a gigantic web-like structure. This is called the cosmic web.

If you could see it from the outside, the Milky Way would look like a majestic spiral of stars and glowing gas, rotating on its axis once every 200 million years or so like a gigantic, pinwheel 100,000 light-years across. Up close, though, you’d see that each star is jostling along on its own, moving through an entirely independent orbit. It’s more like an unruly crowd, going in the same approximate direction at the same approximate speed, than a military formation marching in lockstep.

At least a few stars, however, are headed somewhere else entirely, and in a big hurry. They’re known as hypervelocity stars, and they’re going so fast that they’re on their way out of the Milky Way altogether. While the astronomers think they have an explanation for the 18 hypervelocity stars discovered since 2005, a new group of 20, just announced at a meeting of the American Astronomical Society outside of Washington, DC, seems to make no sense at all.

WASHINGTON (AP) — Space is vast, but it may not be so lonely after all: A study finds the Milky Way is teeming with billions of planets that are about the size of Earth, orbit stars just like our sun, and exist in the Goldilocks zone — not too hot and not too cold for life.

Astronomers using NASA data have calculated for the first time that in our galaxy alone, there are at least 8.8 billion stars with Earth-size planets in the habitable temperature zone.

The study was published Monday in the journal Proceedings of the National Academy of Science.

The sun’s magnetic field will reverse its polarity three or four months from now, researchers say, just as it does every 11 years at the peak of the solar activity cycle. While solar physicists know enough about this strange phenomenon to predict when it will occur, its ultimate causes remain mysterious.

Something big is about to happen on the sun.  According to measurements from NASA-supported observatories, the sun’s vast magnetic field is about to flip.”It looks like we’re no more than 3 to 4 months away from a complete field reversal,” says solar physicist Todd Hoeksema of Stanford University. “This change will have ripple effects throughout the solar system.”

The sun’s magnetic field changes polarity approximately every 11 years.  It happens at the peak of each solar cycle as the sun’s inner magnetic dynamo re-organizes itself.  The coming reversal will mark the midpoint of Solar Cycle 24. Half of ‘Solar Max’ will be behind us, with half yet to come.

Read moreNASA: The Sun’s Magnetic Field Is About To Flip