Did the Arctic region break a heat record?

According to English-language outlet The Siberian Times, temperatures of 32 degrees Celsius, or 89.6 degrees Fahrenheit, were recorded in the Siberian city of Norilsk on July 21. The average temperature in July in the region is 13.6 C, or 56.48 F.

Even at Noon, the sun hangs on the edge of the horizon at this time of year in the frigid tundra of northern Alaska.  The cold that extends from Siberia to Alaska is extraordinary.  Thursday’s high temperature of -30F at Fairbanks, Alaska was 39 degrees colder than average!!  Wow!  Many record low temperatures were set in Alaska.  Here’s a list.  The coldest spot I could find was Manley Hot Springs at 54 below zero!  North Pole, Alaska dipped to -49,  Fort Yukon sank to -46 and Eielson AFB bottomed out at -43.  An Air Quality Warning was issued for Fairbanks, where the cold air settles near the ground and doesn’t mix out during the short day.  Oymyakon, Siberia has had three consecutive mornings of -50 or colder.  The last day they had that was warmer than average was October 11th.  Here’s a cool time lapse from the Intl. Space Station…nice pictures of auroras and lightning. 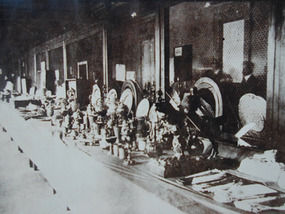