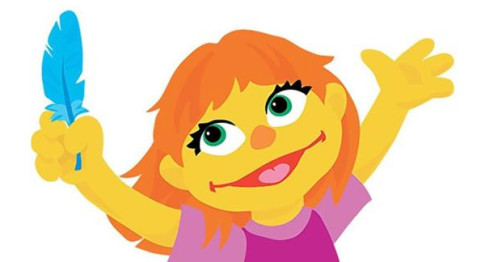 In yet another sickening example of the absolute mental derangement of modern society, Sesame Street has rolled out its first autistic muppet named “Julia,” says the Sesame Street website

The rollout of autistic Julia is Sesame Street’s attempt to “normalize” vaccine injuries and depict those victimized by vaccines as happy, “amazing” children rather than admitting the truth that vaccines cause autism in some children and we should therefore make vaccines safer and less frequent to save those children from a lifetime of neurological damage.

First the BBC, then CIA, then Lockheed… and now Elmo!? AP reports, that: “The puppeteer who performs as Elmo on “Sesame Street” is taking a leave of absence from the popular kids’ show in the wake of allegations that he had a relationship with a 16-year-old boy. Sesame Workshop said puppeteer Kevin Clash denies the charges, which were first made in June by the alleged partner, who by then was 23. “We took the allegation very seriously and took immediate action,” Sesame Workshop said in a statement issued Monday. “We met with the accuser twice and had repeated communications with him. We met with Kevin, who denied the accusation.”” And yes, it appears that even for those who have their hand up Elmo all day long, nothing is sacred any more. The silver lining: Kevin Clash was not scheduled to testify on Benghazi.

The organization said its investigation found the allegation of underage conduct to be unsubstantiated. But it said Clash exercised “poor judgment” and was disciplined for violating company policy regarding Internet usage. It offered no details.

“I had a relationship with (the accuser),” Clash told TMZ. “It was between two consenting adults and I am deeply saddened that he is trying to make it into something it was not.”

At his request, Clash has been granted a leave of absence in order to “protect his reputation,” Sesame Workshop said. 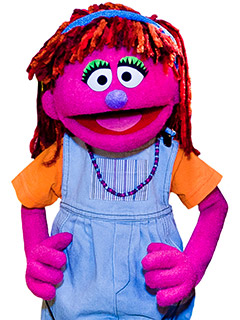 Sesame Street has a new muppet who is hungry for more than just cookies.

The iconic kids show is set to unveil a new impoverished puppet named Lily, whose family faces an ongoing struggle with hunger issues. Lily will be revealed in a one-hour Sesame Street primetime special, Growing Hope Against Hunger, which is being sponsored by Walmart. The special will star country singer Brad Paisley and his wife Kimberly Williams Paisley, as well as the Sesame Street Muppets.

“Food insecurity is a growing and difficult issue for adults to discuss, much less children,” said the Paisleys in a statement. “We are honored that Sesame Street, with its long history of tackling difficult issues with sensitivity, caring and warmth asked us to be a part of this important project.”