Germany’s populist, anti-immigrant AfD Party placed third in the recent elections, but judging by some recent by the newly-formed German government, they may as well have won.

Last Friday Germany’s new Interior Minister Horst Seehofer – a member of Chancellor Angela Merkel’s CSU Bavarian allies who are further to the right than her own Christian Democrats – declared that “Islam does not belong to Germany“, contradicting former German president Christian Wulff who fueled a debate over immigration in 2010 by saying “Islam was part of Germany” and also set out hardline immigration policies in his first major interview with Bild published last week.

He also said that he would classify more states as “safe” countries of origin, which would make it easier to deport failed asylum seekers. The statements – an obvious attempt to court populist voters – come after Merkel’s conservatives, and their coalition allies – the Social Democrats – lost ground to the anti-immigrant Alternative for Germany (AfD) party in elections last year.

As Reuters noted, Seehofer was particularly keen to show his party is tackling immigration ahead of Bavaria’s October regional election, when the AfD is expected to enter that state assembly. “Of course the Muslims living here do belong to Germany,” Seehofer said before going on to say Germany should not give up its own traditions or customs, which had Christianity at their heart. “My message is: Muslims need to live with us, not next to us or against us,” he said. 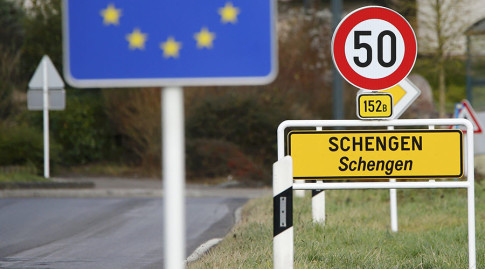 Belgium has temporarily abandoned Schengen rules that allow passport-free travel between some of the EU’s internal borders, as it tries to keep the potential migration flow from France under control.

Belgium’s Interior Minister, Jan Jambon, announced on Tuesday that the decision comes as France is looking into the option of evacuating the Calais “Jungle” refugee camp, which houses around 4,000 people. It is feared the move could trigger a new wave of migrants streaming out of the port city in northern France. 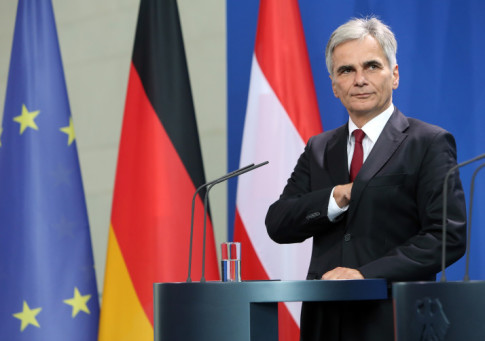 The Schengen agreement on open borders was “temporarily suspended”  in Austria Saturday as Chancellor Werner Faymann added his voice to a chorus of leaders warning that the refugee crisis threatened to pull the EU apart.

The failure of the EU to reach agreement on a fair allocation of refugees and to secure its external borders threatens not just Schengen but the European project as a whole, he said in an interview for Austria’s Österreich newspaper.