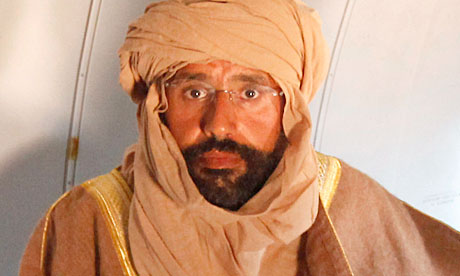 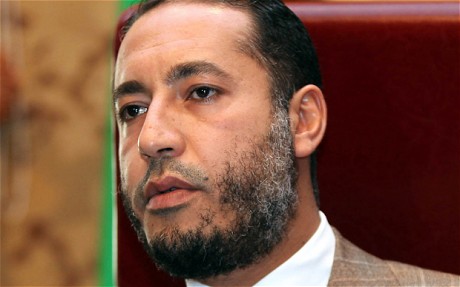 Tony Blair used visits to Libya after he left office to lobby for business for the American investment bank JP Morgan, The Daily Telegraph has been told. 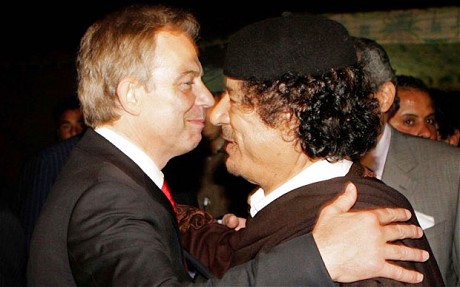 A senior executive with the Libyan Investment Authority, the $70 billion fund used to invest the country’s oil money abroad, said Mr Blair was one of three prominent western businessmen who regularly dealt with Saif al-Islam Gaddafi, son of the former leader.

Saif al-Islam and his close aides oversaw the activities of the fund, and often directed its officials on where they should make its investments, he said.

The executive, speaking on condition of anonymity, said officials were told the “ideas” they were ordered to pursue came from Mr Blair as well as one other British businessman and a former American diplomat.

He said that unlike some other deals – notably some investments run by the US bank Goldman Sachs – JP Morgan’s had never turned “bad”.

– Playboy Saif’s web of connections to the rich and powerful (and that includes Mandy) (Daily Mail, August 24, 2011):

Visitors to the luxurious Tripoli compound of Saif al-Islam were treated until recently to a piece of machismo theatre designed to show their host in the most fearless of lights.

After lobbing pieces of raw meat into a cage for his two snarling Bengal tigers, Freddo and Barney, to fight over, Colonel Gaddafi’s son and heir would have a flunky show his guests inside the house to be served tea.

Read moreSaif Gaddafi’s Web Of Connections To The Elitists (Rothschilds)