Ron Klain, before he became President Obama’s latest czar (Klain is the “Ebola czar”), was chief of staff to a pair of Democrat vice presidents, Al Gore and the current VP, Joe Biden. His appointment by Obama has been praised high and low by liberal politicians. U.S. Sen. Charles Schumer, D-N.Y., has called his appointment an “excellent choice.”

But as was noted by critics of the choice when he was named, Klain has no medical experience whatsoever: He’s been a Democrat Party hack his entire career, and this latest appointment is seen by some as just another rung on the ladder of Democrat Party power. 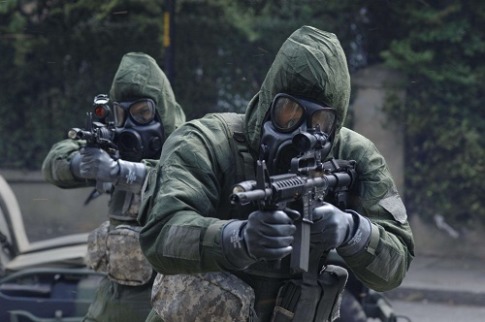 One of the most dangerous philosophical contentions even amongst liberty movement activists is the conundrum of government force and prevention during times of imminent pandemic. All of us at one time or another have had this debate. If a legitimate viral threat existed and threatened to infect and kill millions of Americans, is it then acceptable for the government to step in, remove civil liberties, enforce quarantines, and stop people from spreading the disease? After all, during a viral event, the decisions of each individual can truly have a positive or negative effect on the rest of society, right? One out of control (or “lone wolf”) citizen/terrorist could reignite a biological firestorm, so, should we not turn to government and forgo certain freedoms in order to achieve the greater good for the greater number?

Read more‘Why I Will Not Submit To Medical Martial Law’

Ron Klain on the “top leadership issue in the world today.”