Professional atheist Richard Dawkins continues to push the envelope against a God-deluded world, proposing that cultivating and eating human “meat” might help society overcome its “taboo” against cannibalism.

Commenting on an article from the UK’s Independent newspaper, which touts the benefits of lab-grown “clean meat,” Dawkins tweeted earlier this month that perhaps something similar could be done with human flesh, which would assist western culture in shedding yet another irrational remnant of its Judeo-Christian roots.

Tissue culture “clean meat” already in 2018? I’ve long been looking forward to this.https://t.co/p41NR3NEZn
What if human meat is grown? Could we overcome our taboo against cannibalism? An interesting test case for consequentialist morality versus “yuck reaction” absolutism.

The Independent article cites Josh Tetrick, the CEO of clean meat manufacturer JUST, who claims that “clean meat”—made from stem cells harvested from living livestock and then grown in a lab—could be on restaurant menus by the end of the year. 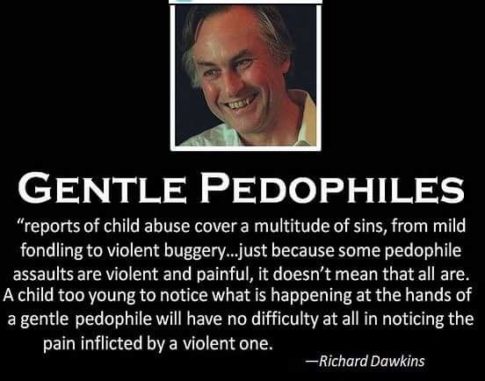 – Richard Dawkins defends “mild pedophilia,” says it does not cause “lasting harm” (Salon)