– Pension raid on middle-class savers is off the cards, private Treasury correspondence says

“This is a classic case of “incrementalism”.
First they tell us it is NOT a proposition.
So we get adjusted to accept the possibility.
Then we get told it might be necessary, but only for the excessively funded.
Sadly that now means all the middle class who are expendable because they aren’t the establishment.
Prepare to have your pension raided.”

The Dallas Police and Fire Pension board adopts a plan that will cost Dallas taxpayers an extra $22 million per year while angry pensioners complain that they’re “being treated like animals.”

– The Dallas Pension Fiasco Is Just The Beginning

– A New Crisis Is Brewing in Spain:

The government raided the state pension fund. And now what?

When the Rajoy administration took the reins of power at the end of 2011, at the height of Spain’s debt crisis, the country’s Social Security fund had a surplus of over €65 billion, the result of a gradual accumulation of funds since the end of the 1990s. That money was supposed to serve as a nationwide nest egg to help cover the growing needs of Spain’s burgeoning ranks of pensioners. Instead, it has been used by the government to fill some of its own massive fiscal gaps, with the result that now, five years later, the total surplus has shrunk by 75%, to €15 billion.

Things have gotten so bad that in October the Spanish government was forced to admit to the European Commission that by the end of next year the surplus will have become a deficit, of around €2.6 billion. In other words, a fund that took 16 years to build up will have been plundered dry in less than half that time, at an average rate of around €11 billion a year.

Read moreA New Crisis Is Brewing in Spain: The government raided the state pension fund. And now what?

– Pension Panic: The Coming Financial Bubble Nobody Is Talking About:

For millions of public sector workers in the U.S., state-run pension funds are the only chance left for a comfortable retirement. In the hopes of providing a stable future for their families, an entire generation was duped into putting decades of their earnings into these supposedly ‘risk-free’ investments. Unfortunately, those who have entrusted the government to manage their life savings may end up destitute as a result.

Budgetary shortfalls that have plagued Detroit for years are now spreading to other municipalities. Since 2008, six local governments have been forced to renegotiate their debts in bankruptcy court, with many others on the same trajectory. The scale of the problem has been repeatedly understated by the media, but across the nation, a somber reality is beginning to set in.

Read morePension Panic: The Coming Financial Bubble Nobody Is Talking About

This article was originally published at Birch Gold Group

Of all the troubling economic issues in the United States today, the current crisis erupting from mismanaged public pension programs stands out as a uniquely menacing threat to Americans’ financial security. Five major cities have filed bankruptcy over pension woes since 2008, and dozens more are teetering on the brink.

Faced with massive budget shortfalls, a rapidly increasing number of beneficiaries, and stagnant rates of return, federal and state pension funds around the country are near their tipping point.

It’s safe to say this pension fund will never make it, for numerous reasons. Benefit haircuts are coming.For some reason, Fort Wort escaped the scrutiny of Dallas. I suspect that will change soon.

– Dallas Pension Showdown: Mayor Seeks To “Target Those Who Got Rich From System”:

The Dallas Police and Fire Pension plan is severely underfunded. Not even a $1.1 billion taxpayer bailout the plan officials request will make the plan whole.

Discussion of a possible freeze in lump sum payments led to a run on withdrawals. The board still has not suspended lump sum payouts.

Read moreDallas Pension Showdown: Mayor Seeks To “Target Those Who Got Rich From System”

– Pension Benefits In Tiny California Town To Be Slashed As “Ponzi Scheme” Is Exposed:

For the tiny little town of Loyalton, California, with a population of only 700, a failure of city council members to understand the difference between the calculation a regular everyday pension liability and a “termination liability” has left 4 residents at risk of losing their pensions from Calpers.  According to the New York Times, the town of Loyalton decided to drop out of Calpers back in 2012 in order to save some money but what they got instead was a $1.6mm bill which was more than their annual budget.

For those who aren’t familiar with pension accounting, we can shed some light on the issue faced by Loyalton.  There are two different ways to calculate the present value of pension liabilities.  One methodology applies to “solvent”, fully-functioning pension funds (we call this the “Ponzi Methodology”) and the other applies to pensions that are being terminated (we call this one “Reality”).

Familiar scenes returned to Athens today, when Greek police fired teargas at a demonstration of pensioners protesting over cutbacks to their benefits, part of an austerity drive dictated by the Troika (or was it Quadriga). Between 1,500 and 2,0000 pensioners attempted to march to Prime Minister Alexis Tsipras’s office, however they were blocked when riot police blocked their path, intercepting them with pepper spray and tear gas.

Greek pensioners called on the nation to rise against the government’s harsh austerity policy as they attempted to break through a cordon of police buses and special operations troops barring their way to the prime minister’s residence.

As Reuters adds, tensions flared when dozens of pensioners attempted to push over a police bus blocking their way a few hundred meters (yards) from Tsipras’ office. 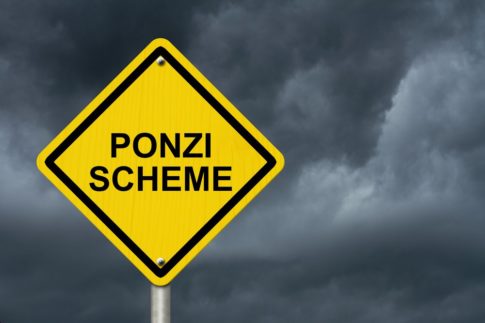 Dallas police officers seem to be catching on to the fact that their pension fund is on the verge of collapse as a record number of cops are rushing to withdraw retirement funds as quickly as possible before the whole system goes bust.

“The looming demographic crisis continues to look more and more bleak as we get closer to the Baby Boomer cliff with Americans refusing to save money all while Social Security continues its march towards insolvency.”

Illinois Governor Bruce Rauner was furious on Friday after unsuccessfully waging a last-minute battle to block the Teacher Retirement System pension fund from cutting its long-term return assumption from 7.5% to 7.0%, a move that puts the cash-strapped state government on the hook for up to $500 millions of dollars more in the short term.

Nearly two years ago we wrote about how the largest pension fund in the world had been hijacked by political hacks in what would be a futile effort to prop up stocks in the “first failed Keynesian state, Japan.”  Today’s announcement of $52 billion of losses in 2Q 16 kind of confirms our point.

Action this week by Illinois’ biggest public pension fund to lower its expected rate of return, could “cripple” the state’s already fragile finances, Governor Rauner has warned. “If the (TRS) board were to approve a lower assumed rate of return taxpayers will be automatically and immediately on the hook for potentially hundreds of millions of dollars in higher taxes or reduced services… the unforeseen and unknown automatic cost increases would have a devastating impact.“

The looming pension catastrophe is an inconvenient fact for elected officials as well as union bosses and their membership.  Rational solutions like cutting benefits are not palatable to employees or the elected officials that require their votes.  As such, we suspect the problem will continue to be ignored until it boils over…

While we have often documented the dramatic underperformance by the hedge fund industry over the past decade courtesy of a centrally-planned market in which it no longer pays to “hedge”, culminating with countless hedge fund closures and substantial redemptions (mostly by now redundant Fund of Funds managers), today we learn that “vanilla” asset managers were also hurt over the past year in which the S&P went nowhere, and not just in Japan where the gargantuan, $1.4 trillion GPIF recently suffered major losses, but in the US as well.

Case in point: Calpers, the largest U.S. public pension fund which as the WSJ reports posted its lowest annual gain since the last financial crisis due to heavy losses in stocks.

The California Public Employees’ Retirement System, or Calpers, said it earned 0.6% on its investments for the fiscal year ended June 30, according to a Monday news release, barely turning a profit fro the full year. The last time Calpers lost money was during fiscal 2009 when the fund’s holdings fell 24.8%. 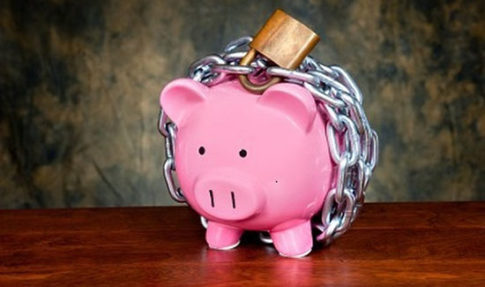 The pending Brexit has, not surprisingly, caused a shake-up in the investment world, particularly in the UK. Of particular note is that, recently, asset management firms in Britain began refusing their clients the right to cash out of their mutual funds. Of the £35 billion invested in such funds, just under £20 billion has been affected.

Read moreIf You Can’t Touch It, You Don’t Own It

– Are You Planning Your Retirement? Forget About It. You Won’t Survive To Experience It.