Banks are moving slowly to list repossessed homes for sale, which could mean that housing inventory is even more bloated than current statistics indicate.

NEW YORK (CNNMoney.com) — Housing might be in worse shape than we think.

There is probably even more excess housing inventory gumming up the market than current statistics indicate, thanks to a wave of foreclosures that has yet to hit the market.

The problem: Many foreclosed homes and other distressed properties that are now owned by banks have yet to be listed for sale. The volume of this so-called ‘ghost inventory’ could be substantial enough to depress already steeply falling prices when it does go on the market.

“That’s not good news,” said Pat Newport, an analyst with IHS Global Insight. “[Excess] inventory is the biggest problem in housing these days, and it leads to lower housing prices, which leads to more foreclosures.”

Read moreFlood of foreclosures: It’s worse than you think

Paul Craig Roberts [email him] was Assistant Secretary of the Treasury during President Reagan’s first term. He was Associate Editor of the Wall Street Journal. He has held numerous academic appointments, including the William E. Simon Chair, Center for Strategic and International Studies, Georgetown University, and Senior Research Fellow, Hoover Institution, Stanford University.

“Obama’s economic team consists of the very people who brought on the debt crisis. Now they are going to make it worse.”

“However, the financial gangsters and their shills that Obama has put in charge of economic policy are thinking only of their own interests. What happens to the American people is not a concern.”

“The unexamined question is: Who is going to finance the next wave of debt?”

“The US budget deficit for fiscal year 2009 already appears to be on a path to $2 trillion, and that is before Obama’s stimulus program. What we are looking at is a $3 trillion budget deficit if Obama’s program is enacted in time to impact the economy this year.”

“…in marked contrast with the approach of the gangsters running US economic policy. The gangsters are using the crisis as an opportunity to steal from taxpayers and to finance their misdeeds and exorbitant salaries with Federal Reserve loans.”

“Their shills among economists and the financial press tell the people that the solution is to fatten up the banks with funds so they will resume lending to an over-indebted public that will then return to the shopping malls.”

For a picture of the US real estate crisis, imagine New Orleans wrecked by Hurricane Katrina, and before the waters even begin to recede, a second Katrina hits.

The 1,120,000 lost US retail jobs in 2008 are a signal that the second stage of the real estate bust is about to hit the economy. This time it will be commercial real estate — shopping malls, strip malls, warehouses, and office buildings. As businesses close and rents decline, the ability to service the mortgages on the over-built commercial real estate disappears.

The over-building was helped along by the irresponsibly low interest rates, but the main impetus came from the slide of the US saving rate to zero and the rise in household indebtedness. The shrinkage of savings and the increase in debt raised consumer spending to 72 percent of GDP. The proliferation of malls and the warehouses that service them reflect the rise in consumer spending as a share of GDP.

Like the federal government, consumers spent more than they earned and borrowed to cover the difference. Obviously, this could not go on forever, and consumer debt has reached its limit.

Read morePaul Craig Roberts: Another real estate crisis is about to hit 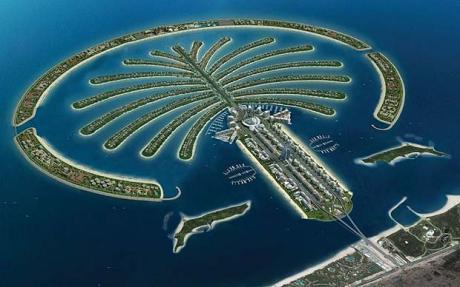 House prices across the UK have already fallen far further than official data and market indicators suggest, Rightmove, the online estate agent warned yesterday, as it revealed that up to 300 estate agents were quitting its service every month.

While the latest figures from leading mortgage lenders such as Halifax suggest that prices are down by 15 per cent from their peak, Rightmove said the falls were up to two-thirds higher.

Miles Shipside, the commercial director of Rightmove, said: “Estate agents tell us that the actual prices that are being achieved [initially between buyers and sellers] for property are down by about 20 to 25 per cent beneath peak asking prices. That has not come out in the national indices.”

His revelation suggests that house prices have not only fallen much further than the highly regarded surveys of Halifax and Nationwide, which both track house prices based on agreed mortgages, but could also be lagging behind the situation on the ground.

(Excerpt: “For these reasons, there is a powerful, powerful case for moving a substantial portion of your assets into tangible assets. Good examples of tangible assets include gold, silver, commodities, real estate, farmland and energy.”)

As the author of three books on mortgage finance and related derivative securities, and speaking as someone who first turned mortgages into rated securities in 1983, I’m going to let you in on an unfortunate little secret – the real subprime mortgage securitization crisis may not have even started yet. But, there is a good chance the real crisis will arrive soon.

This assertion that the crisis could just be getting started may seem absurd and extraordinarily out of touch. What about the approximately 45,000 homeowners losing their homes to foreclosure in the United States every month? What about the 8.9% plunge in nominal housing prices in 2007, the largest decline in over 20 years? What about Bear Stearns losing 94% of the value of its stock in 2 days, with even the remaining 6% in value being based on an unprecedented loan from the Fed before JP Morgan would agree to the acquisition? How much worse could it get?