– A Month of Islam and Multiculturalism in Britain: August 2016:

August 1. Nearly 900 Syrians in Britain were arrested in 2015 for crimes including rape and child abuse, police statistics revealed. The British government has pledged to resettle up to 20,000 Syrian refugees in the UK by the end of 2020. “The government seems not to have vetted those it has invited into the country,” said MEP Ray Finch. The disclosure came after Northumbria Police and the BBC were accused of covering up allegations that a gang of Syrians sexually assaulted two teenage girls in a park in Newcastle.

– Scared Sweden: Almost Half Of Women ‘Afraid’ To Be Out After Dark In Europe’s Rape Capital:

“Almost every Swedish woman feels very or somewhat unsafe when they exercise alone in the dark”, finds new research by the Aftonbladet newspaper in the wake of the migrant rape crisis.

Combining a wide-ranging study of attitudes of women towards being outside in the evening on their own and personal interviews, the findings show that the statement of 34-year-old Ellinor Andersson that she carried a bunch of keys in her hand at night, ready to strike out, are quite normal.

Talking to Aftonbladet, the woman said: “I would never go running by myself on a Friday or a Saturday night”. Another said she would never go out alone after seven in the evening.

Read moreScared Sweden: Almost Half Of Women ‘Afraid’ To Be Out After Dark In Europe’s Rape Capital

– Hacker Facing Up To 16 Years While Rapists He Exposed Walk Free:

It’s a strange world that sees criminals sentenced to less prison time than those who expose their crimes, but it’s the world we live in. Anonymous vigilante hacktivist Deric Lostutter, who hacked into the Steubenville High School sports fan website to reveal incriminating evidence against two student rapists, now faces 16 years in prison. The students, Trent Mays and Ma’Lik Richmond, who were found guilty of raping an unconscious 16-year-old, served two years and ten months, respectively.

The original crime took place back in August of 2012. The rape, which was broadcast on social media, provoked a national debate over “rape culture” that has only intensified in recent months because of the three-month prison sentence of the Stanford rapist, Brock Turner. The hack secured crucial evidence that helped to convict Mays and Richmond, but what KnightSec leader, KYAnonymous (Lostutter), and fellow hacker Noah McHugh revealed was that there had also been a massive coverup of the crime. Steubenville coaches, school administrators, and even prosecutors were implicated in this coverup.

An overwhelmingly negative public backlash at a flirt course for migrants has made the so-called “flirt coach” hire security and ask police to protect his flirt workshops.

Despite the hugely negative outcry from the public, Horst Wenzel continues to provide young migrant men with tips on how to pick up local German women at bars and online.  The reaction has, however, forced the self-professed “flirt coach” to hire security and alert police after he claimed that he had received threats online from people angered by his activities, reports Die Welt.

A city in Austria has mandated a curfew for underage migrants after a series of sex attacks at a festival over the past few days and has essentially put the migrants under house arrest.

Thousands of young girls are being groomed for sex in Rotherham on an “industrial scale,” but abuse victims say authorities have failed to get the situation under control for years, Express.co.uk has disclosed in a special investigation.

The men are mainly from Mirpur, a city in the Kashmir region on the border between Pakistan and India.

The situation came into the public spotlight after a chilling 2014 report by Professor Alexis Jay showed that at least 1,400 girls had been peddled for sex by Kashmiri gangs between 1997 and 2013, while police ignored many reports of abuse out of fear of being branded as racist.

– No space left in British jails for all pedophiles – police chief:

Pedophiles guilty of lower level offenses should be diverted to mental health treatment programs rather than prisons, a senior police chief has suggested.

Chief Superintendent Gavin Thomas, president of the Police Superintendents’ Association of England and Wales, has called for a different approach to rehabilitating those who have viewed indecent images of children online but have not committed contact offenses.

Citing the rapidly growing sex offenders’ register, Thomas warned that police do not have the resources to properly monitor all of those on the list.

Read morePolice Chief: No Space Left In British Jails For All Pedophiles 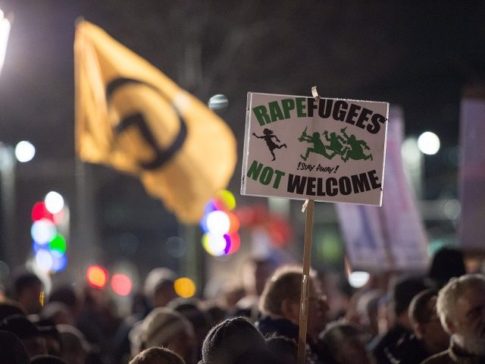 A gang of migrants in the German town of Essen have engaged in Cologne-style sex attacks at a festival where police have received reports of at least ten separate incidents.

Yet another festival in Germany has been the scene of migrant crime as roving gangs of migrants sexually attacked multiple female victims on Friday and Saturday. The festival in the town of Essen known as “Essen Original” had gone over two decades without any major incident and was largely considered a family friendly event. That changed this weekend as police made at least seven arrests of migrants who had groped and harassed several women German paper Westen Allgemeine Zeitung reports. 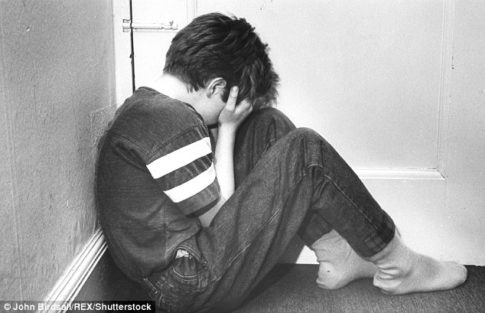 – Muslim refugee, 20, who raped a boy, 10, in his Sydney home says what he did ‘is not a crime because it is acceptable in his homeland’:

A refugee who raped a ten-year-old boy has claimed he did not know sexually assaulting the child was wrong as it was ‘culturally acceptable’ in his homeland.

Mufiz Rahaman told Sydney’s Downing Centre Court raping children was not seen as morally wrong in his native Myanmar when he pleaded guilty to the aggravated sexual assault of a 10-year-old refugee on Wednesday, the Daily Telegraph reported.

Read moreMuslim refugee, 20, who raped a boy, 10, in his Sydney home says what he did ‘is not a crime because it is acceptable in his homeland’