(See related info down below.)

– Too much testing is dangerous: Prostate cancer screening does NOT save lives, puts men at risk according to groundbreaking study:

Routine cancer screening is notorious for giving false positives, leading to unnecessary diagnoses for benign cancers. False diagnoses for prostate cancer are commonplace, and they devastate patients emotionally. When someone is told they have cancer they are often stricken with anxiety. The false diagnosis also leads to an aggressive, expensive, and many times deadly treatment protocol consisting of chemotherapy, radiation, and surgery. Significant complications may result too, including incontinence and impotence. Those who survive the unnecessary treatment protocol are often told they are cancer-free, making the unnecessary testing and treatment protocol appear effective when it was really just an expensive scam.

Regular screening for prostate cancer for men over fifty years old may also miss the more serious cancers, leaving patients with a false sense of assurance in their own health. Too much testing is an emotional danger, either burdening patients with a false diagnosis or leading them on a course where nothing is done to improve their health even when there are real cancer conditions inside their body.

Read moreToo much testing is dangerous: Prostate cancer screening does NOT save lives, puts men at risk according to groundbreaking study 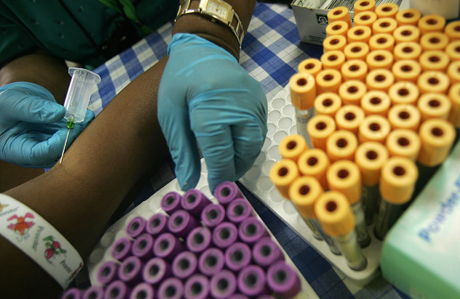 OTTAWA — More than one million American men have gone through needless treatment for prostate cancer since the PSA test became common more than 20 years ago, a medical journal study says.

And the study’s author says Canadian men face the same problem of “overdiagnosis,” causing them to have surgery and radiation treatment that can cause impotence, incontinence and pain.

This doesn’t mean diagnosing cancer where none exists, says the study and editorial in Monday’s Journal of the National Cancer Institute. It means that many men had a form of cancer that could have been left alone safely.

Doctors have long known this can happen with PSA tests, which measure a chemical in the body whose level increases when prostate cancer is present, the study says. But the authors claims to have the first firm count of how many men are affected.