US breeds a Chinese-style inmate labor scheme on its own soil. Both state and some of the biggest private companies are now enjoying the fruits of a cheap and readily available work force, with tens of millions of dollars spent by private prisons to keep their jails full.

“Six million people are under correctional supervision in the U.S.—more than were in Stalin’s gulags.”

For most privileged, professional people, the experience of confinement is a mere brush, encountered after a kid’s arrest, say. For a great many poor people in America, particularly poor black men, prison is a destination that braids through an ordinary life, much as high school and college do for rich white ones. More than half of all black men without a high-school diploma go to prison at some time in their lives. Mass incarceration on a scale almost unexampled in human history is a fundamental fact of our country today—perhaps the fundamental fact, as slavery was the fundamental fact of 1850. In truth, there are more black men in the grip of the criminal-justice system—in prison, on probation, or on parole—than were in slavery then. Over all, there are now more people under “correctional supervision” in America—more than six million—than were in the Gulag Archipelago under Stalin at its height. That city of the confined and the controlled, Lockuptown, is now the second largest in the United States. 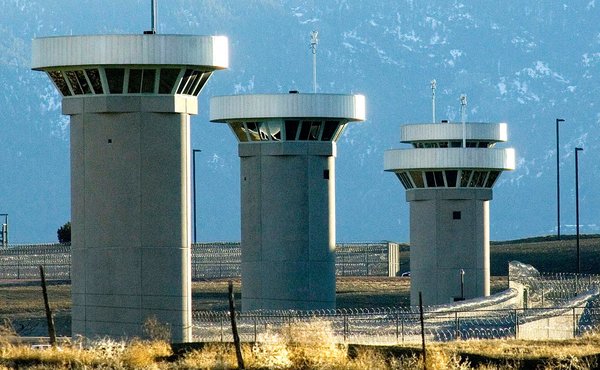 The federal prison in Florence, Colo., has long held terrorists. The justice system has absorbed a surge of terrorism cases since 2001 without the international criticism that Guantánamo Bay has attracted.

WASHINGTON — It is the other Guantánamo, an archipelago of federal prisons that stretches across the country, hidden away on back roads. Today, it houses far more men convicted in terrorism cases than the shrunken population of the prison in Cuba that has generated so much debate.

An aggressive prosecution strategy, aimed at prevention as much as punishment, has sent away scores of people. They serve long sentences, often in restrictive, Muslim-majority units, under intensive monitoring by prison officers. Their world is spare.

Among them is Ismail Royer, serving 20 years for helping friends go to an extremist training camp in Pakistan. In a letter from the highest-security prison in the United States, Mr. Royer describes his remarkable neighbors at twice-a-week outdoor exercise sessions, each prisoner alone in his own wire cage under the Colorado sky. “That’s really the only interaction I have with other inmates,” he wrote from the federal Supermax, 100 miles south of Denver.

There is Richard Reid, the shoe bomber, Mr. Royer wrote. Terry Nichols, who conspired to blow up the Oklahoma City federal building. Ahmed Ressam, the would-be “millennium bomber,” who plotted to attack Los Angeles International Airport. And Eric Rudolph, who bombed abortion clinics and the 1996 Summer Olympics in Atlanta.

In recent weeks, Congress has reignited an old debate, with some arguing that only military justice is appropriate for terrorist suspects. But military tribunals have proved excruciatingly slow and imprisonment at Guantánamo hugely costly — $800,000 per inmate a year, compared with $25,000 in federal prison.

Read moreBeyond Guantánamo, A Web Of Prisons For Terrorism Inmates 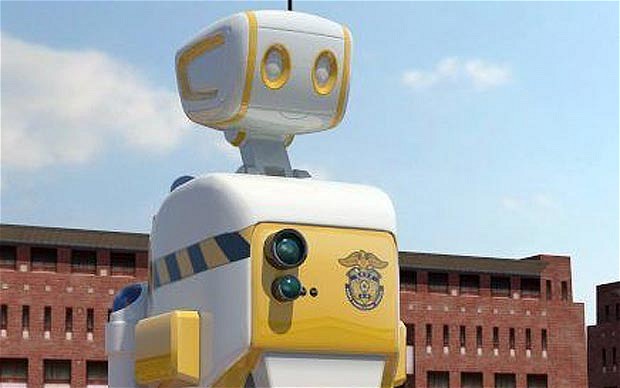 California has been ordered by the US Supreme Court to release up to 46,000 prisoners because of chronic overcrowding, despite one jail in the state only having only two inmates.

Read moreSupreme Court Orders California To Free Up To 46,000 Prisoners, Because Of Chronic Overcrowding

About 2,000 inmates have staged a revolt at a prison in the capital of Yemen, taken a dozen guards hostage and joined calls by anti-government protesters for the country’s president to step down, a Yemeni security official said.

He said the unrest in the Sanaa jail erupted late last night when prisoners set their mattresses ablaze and occupied the facility’s courtyard.

He said the guards fired tear gas and gunshots into the air but could not subdue the inmates.

The official said today that troops have beefed up security outside the prison. He added that a number of inmates were hurt in the unrest. 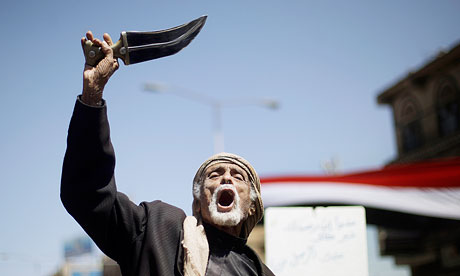 An elderly protester holds up his dagger during a demonstration in Sana’a, Yemen’s capital; 98 were wounded, many critically, when the army tried to break up a sit-in at Sana’a University. Photograph: Muhammed Muheisen/AP

The Yemeni government escalated its efforts to stop mass protests yesterday calling for the president’s removal, with soldiers firing rubber bullets and tear gas at students camped at a university in the capital during a raid that left at least 98 people wounded, officials said.

The army stormed the Sana’a University campus hours after thousands of inmates rioted at the central prison in the capital, taking a dozen guards hostage and calling for President Ali Abdullah Saleh to step down. At least one prisoner was killed and 80 people were wounded as the guards fought to control the situation, police said. 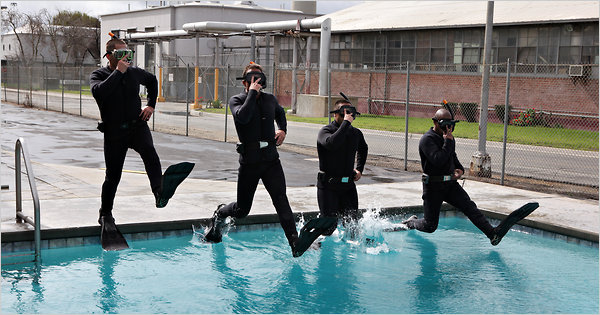 Non-lethal: The Assault Intervention Device emits invisible laser-like beam to trigger a brief burning sensation and is set to be installed at a detention centre

It looks like something out of a video game, but this monstrous machine could come in very handy for breaking up prison fights.

The Assault Intervention Device (AID) emits an invisible laser-like beam to trigger a brief but painful burning sensation and has been touted as a new type of Taser gun.

Officials plan to set up the machine in a detention centre dormitory in Castaic, California, although it has not yet been given the green light by its federal sponsor.

The AID was first unveiled last summer, but its federal backers – the National Institute of Justice (NIJ) – have decided to review the project further before moving forward.

Non-lethal weapons such as ‘pain rays’ and Tasers are controversial and human rights groups fear they can be misused and may even be fatal on vulnerable people.