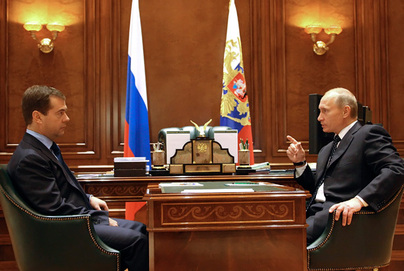 The Federation Council endorsed a decision by regional assemblies to support a six-year term for future presidents versus four years now. President Dmitry Medvedev, who proposed the changes, now will sign the bill into law.

Vladimir Putin talks to Roman Abramovich, whose business interests are reported to have already received a £1.2bn bailout

They bought country houses, super-yachts and football clubs, but the era of the Russian oligarch may be drawing to a close.

Details of the financial bailout being offered by the Kremlin to Russia’s richest men have revealed that many could be stripped of power by next Christmas. The loans will last for one year only and will be collateralised against shares owned by the oligarchs.

Most are expected to struggle to repay the loans within a year, raising the possibility that the Kremlin is trying to engineer the renationalisation of the Russian economy.

The bailout could be a double-edged sword: it may save the oligarchs’ companies in the short-term but could reduce their power and wealth in the long run. According to Zina Psiola, a Russian fund manager at Clariden Leu in Zurich: “Some oligarchs will no longer be oligarchs. It’s extremely unlikely they’ll all be able to repay in a year.”

Figures such as Roman Abramovich, the owner of Chelsea Football Club, have seen the value of their companies collapse, forcing them to seek government aid or risk defaulting on loans to foreign banks. Evraz, a steel company part-owned by Mr Abramovich, has reportedly already received $1.8 billion (£1.2 billion) from the Kremlin.

Her sinking with the loss of almost 1,200 lives caused such outrage that it propelled the U.S. into the First World War.

But now divers have revealed a dark secret about the cargo carried by the Lusitania on its final journey in May 1915.

Munitions they found in the hold suggest that the Germans had been right all along in claiming the ship was carrying war materials and was a legitimate military target. 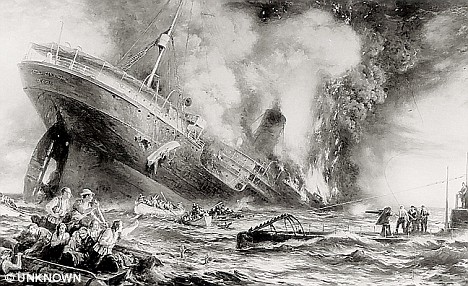 Doomed: A contemporary view of the sinking of the Lusitania off Ireland in May 1915

Read moreSecret of the Lusitania: Arms find challenges Allied claims it was solely a passenger ship 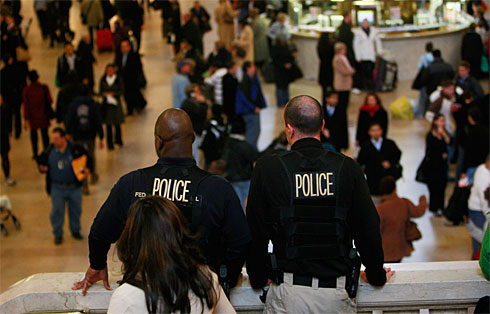 WASHINGTON – What would happen if terrorists attacked the United States at the start of Barack Obama’s presidency?

The Bush administration doesn’t want to wait to find out. It’s planning to test the incoming government’s readiness next month in a series of tabletop exercises involving top Bush and Obama officials.

Concerned about the first handoff of presidential power since Sept. 11, 2001, the White House also is preparing briefing books and office manuals designed to bring the incoming Obama administration up to speed in a hurry.

“This is the first wartime transition in 40 years, and it’s probably the first transition in a couple of centuries in which our homeland itself has been under threat,” says White House chief of staff Joshua Bolten, who’s supervising the effort. The goal is to “make sure that those who are coming in are as well prepared as they can be to deal with an actual threat here in this country.”

Read moreTerrorism drill to be part of passing torch

SACRAMENTO, Calif. (AP) – California’s chief financial officer warned Monday that the state would run out of money in about two months as hopes of a Christmas budget compromise melted into political finger-pointing by the end of the day.

Republican Gov. Arnold Schwarzenegger began the day on a cheerful note, suggesting that negotiations with Democratic leaders could lead to a budget deal as early as this week to help close the $42 billion shortfall that is projected through June 2010.

“Yesterday we sat there for hours and we worked through it step by step and we made some great progress,” the governor said during a morning news conference in Los Angeles. “So we feel like if we do that two more times like that, I think we can get there … before Christmas Eve or Christmas Day.”

The thaw didn’t last long, as legislative leaders later in the day criticized Schwarzenegger and indicated their work was done until the start of the new year.

The governor faulted lawmakers for “failing to take real action” in addressing the state’s budget deficit but said he will continue working with them on a solution that includes spending cuts, new revenue and an economic stimulus plan.

Assembly Speaker Karen Bass responded by suggesting the governor should sign an $18 billion package Democrats sent to him last week containing both cuts and tax increases.

“The single biggest roadblock to having construction on the 405 (freeway) move forward is Arnold Schwarzenegger,” said Bass, a Los Angeles Democrat.

Read moreOfficial says California could be broke in 2 months

Pakistan’s media has reported that the country’s military is on high alert over a possible attack by India.

The reported move on Monday came as New Delhi said it had handed over to Islamabad a letter from the only surviving attacker from last month’s rampage in Mumbai, which left more than 170 people dead.

The letter said that all 10 attackers were from Pakistan, India’s foreign ministry said.

Kamal Hyder, Al Jazeera’s correspondent in Pakistan, said Pakistan’s media had attributed its reports to military sources, who were confirming that the navy, air force and army were on red alert.

“The Pakistani air force have been seen visibly in a number of locations flying close to the Pakistani-India border in what is being described as an aggressive patrolling mode, following reports that India is planning pre-emptive strikes against locations in Pakistan,” Hyder reported.

Hyder said that the chiefs of Pakistan’s three armed forces were holding what had been described as an emergency meeting at general headquarters in Rawalpindi.

The BND is just a subunit of the CIA.

In the latest twist in a scandal involving the presence of the German intelligence service or Bundesnachrichtendienst (BND) in the Balkan nation of Kosovo, the head of the BND has ordered whistleblower website Wikileaks to remove all BND-related files under threat of “immediate prosecution.”

Wikileaks has responded with a press release noting that the demands have no legal force outside Germany, so the order “must be assumed to be an attempt to engage Wikileaks via its German component — or does Mr. Uhrlau suggest it is now BND policy to kidnap foreign journalists and try them before German courts?”

According to Wikileaks, “The threats, made by BND President Ernst Uhrlau, were triggered by the Wikileaks publication of an article by Tom Burghardt, a US journalist, on the BND’s bungled Kosovo operation, together with a classified BND dossier on senior Kosovo figures from 2005 — both of which were specifically named by Mr. Uhrlau.”

The Kosovo scandal began on November 19, when three Germans were arrested in Kosovo’s capital of Pristina on suspicion of throwing explosives at the European Union office. The men, who said they were not behind the incident but were merely observing the crime scene, were identied by the German paper Spiegel as BND agents.