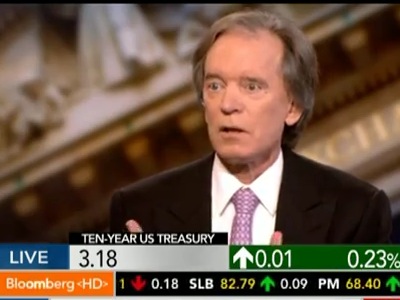 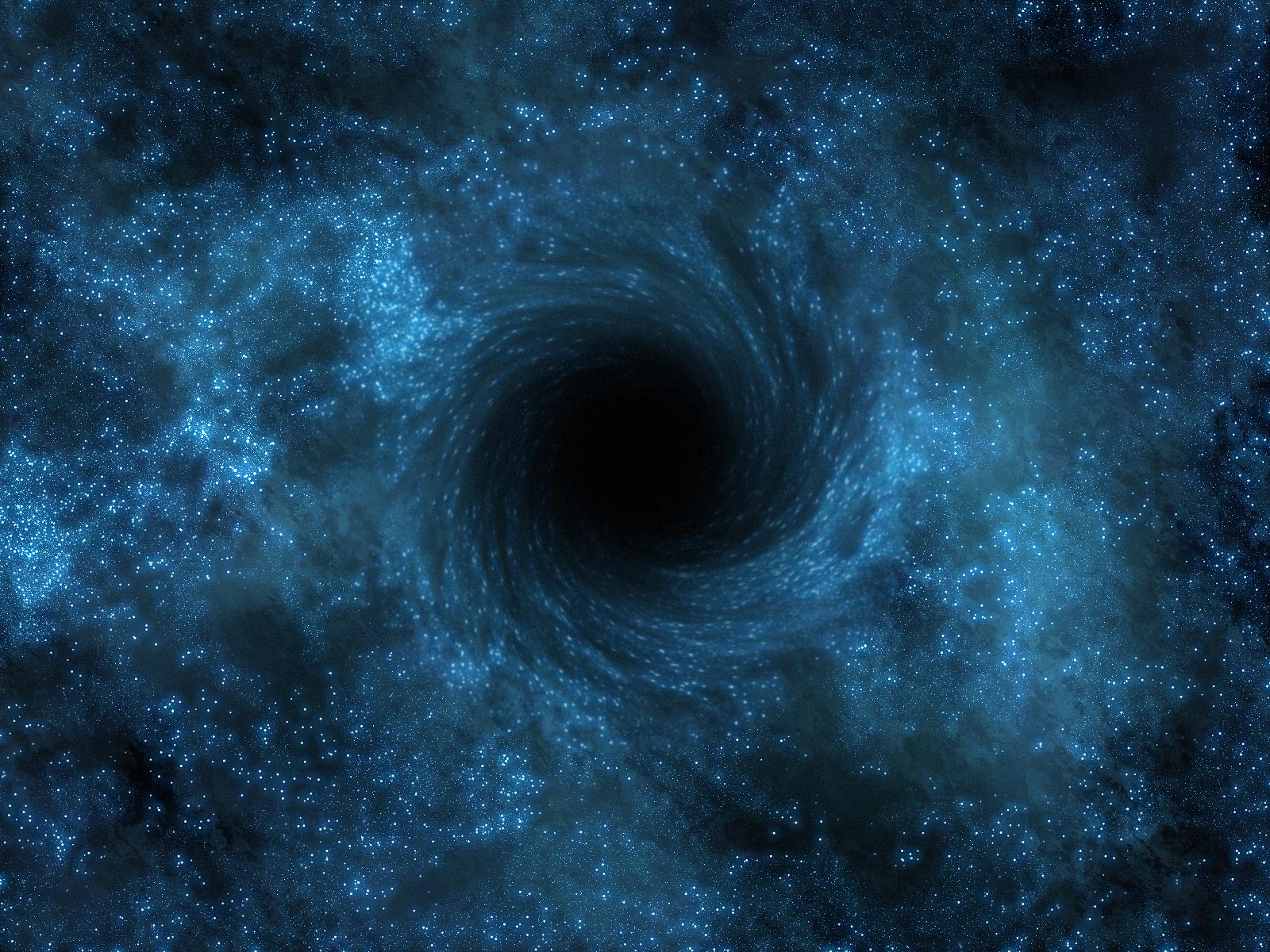 What is going to happen when the greatest economic bubble in the history of the world pops?  The mainstream media never talks about that.  They are much too busy covering the latest dogfights in Washington and what Justin Bieber has been up to.  And most Americans seem to think that if the Dow keeps setting new all-time highs that everything must be okay.  Sadly, that is not the case at all.  Right now, the U.S. economy is exhibiting all of the classic symptoms of a bubble economy.  You can see this when you step back and take a longer-term view of things.  Over the past decade, we have added more than 10 trillion dollars to the national debt.  But most Americans have shown very little concern as the balance on our national credit card has soared from 6 trillion dollars to nearly 17 trillion dollars.  Meanwhile, Wall Street has been transformed into the biggest casino on the planet, and much of the new money that the Federal Reserve has been recklessly printing up has gone into stocks.  But the Dow does not keep setting new records because the underlying economic fundamentals are good.  Rather, the reckless euphoria that we are seeing in the financial markets right now reminds me very much of 1929.  Margin debt is absolutely soaring, and every time that happens a crash rapidly follows.  But this time when a crash happens it could very well be unlike anything that we have ever seen before.  The top 25 U.S. banks have more than 212 trillion dollars of exposure to derivatives combined, and when that house of cards comes crashing down there is no way that anyone will be able to prop it back up.  After all, U.S. GDP for an entire year is only a bit more than 15 trillion dollars.

– Bill Gross On Bernanke’s Latest Helicopter Flyover, “Money For Nothing, Debt For Free” And The End Of Ponzi Schemes (ZeroHedge, Jan 3, 2013):

Back in April 2012, in “How The Fed’s Visible Hand Is Forcing Corporate Cash Mismanagement” we first explained how despite its best intentions (to boost the Russell 2000 to new all time highs, a goal it achieved), the Fed’s now constant intervention in capital markets has achieved one thing when it comes to the real economy: an unprecedented capital mismanagemenet, where as a result of ZIRP, corporate executives will always opt for short-term, low IRR, myopic cash allocation decisions such as dividend, buyback and, sometimes, M&A, seeking to satisfy shareholders and ignoring real long-term growth opportunities such as R&D spending, efficiency improvements, capital reinvestment, retention and hiring of employees, and generally all those things that determine success for anyone whose investment horizon is longer than the nearest lockup gate. Today, one calendar year later, none other than Bill Gross, in his first investment letter of 2013, admits we were correct: “Zero-bound interest rates, QE maneuvering, and “essentially costless” check writing destroy financial business models and stunt investment decisions which offer increasingly lower ROIs and ROEs. Purchases of “paper” shares as opposed to investments in tangible productive investment assets become the likely preferred corporate choice.”

It is this that should be the focus of economists, and not what the level of the S&P is, as it is no longer indicative of any underlying market fundamentals, but merely how large, in nominal terms, the global balance sheet is. And as long as the impact of peak central-planning on “business models” is ignored, there can be no hope of economic stabilization, let alone improvement. All this and much more, especially his admissions that yes, it is flow, and not stock, that dominates the Fed market impact (think great white shark – must always be moving), if not calculus, in Bill Gross’ latest letter.

Read morePIMCO’s Bill Gross On Bernanke’s Latest Helicopter Flyover, ‘Money For Nothing, Debt For Free’ And The End Of Ponzi Schemes

In this episode, Max Keiser and Stacy Herbert investigate the black hole of debt sucking in our economies, jobs and wealth like strings of spaghetti past the economic event horizon. In the second half, Max Keiser talks to Ned Naylor-Leyland of Cheviot Asset Management about the fishy smoke signals blowing at the LBMA regarding silver contracts and about the debate between inflation, deflation, hyperinflation actually being a debate about the final denouement of paper currencies. Ned also reveals that BBC’s flagship programme, Panorama, had interviewed him and Andrew Maguire about silver manipulation and yet have never aired the episode.

Curious why we dedicate precious virtual real estate to periodically bring to you the “billionaires behind the best presidents money can buy“? Bill Gross explains why? 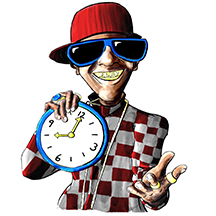 So I pulled out my magic lamp that for some reason works only every October 22nd, and rubbed until the Genie appeared in his red and white checkered cloak with a 10-inch diameter Flavor Flav clock hanging ceremoniously around his neck. Being a rather forward, although not disrespectful Genie, he immediately said, “Mr. G, instead of the yield on the 10-year Treasury, perhaps this year you should wish to know who is going to win the Presidential election?” After some thought I replied, “Nah, I need some breaking news, Mr. Genie, something that will make a difference, something that will shock the world, like when does the iPhone 6 come out?” Obama/Romney, Romney/Obama – the most important election of our lifetime? Fact is they’re all the same – bought and paid for with the same money. Ours is a country of the SuperPAC, by the SuperPAC, and for the SuperPAC. The “people” are merely election-day pawns, pulling a Democratic or Republican lever that will deliver the same results every four years. “Change you can believe in?” I bought that one hook, line and sinker in 2008 during the last vestige of my disappearing middle age optimism. We got a more intelligent President, but we hardly got change. Healthcare dominated by corporate interests – what’s new? Financial regulation dominated by Wall Street – what’s new? Continuing pointless foreign wars – what’s new?I’ll tell you what isn’t new. Our two-party system continues to play ping pong with the American people, and the electorate is that white little ball going back and forth over the net. This side’s better – no, that one looks best. Elephants/Donkeys, Donkeys/Elephants. Perhaps the most farcical aspect of it all is that the choice between the two seems to occupy most of our time. Instead of digging in and digging out of this mess on a community level, we sit in front of our flat screens and watch endless debates about red and blue state theologies or listen to demagogues like Rush Limbaugh or his ex-cable counterpart Keith Olbermann. To express my discontent, Genie, along with my continuing patriotism, I’ve created a modern-day version of our Pledge of Allegiance. Place your hand over your clock and recite after me:

What takes other Political Journalism majors (and CTRL-C/V minors) pages and pages of verbose essays full of acronyms and meaningless gibberish to refute, Bill Gross asserts in less than 140 characters.

Excerpted from PIMCO Viewpoints: What’s Your Number at the Zero Bound?

The math of what happens when assumed rates of return go down, driven by a pro-active ZIRP from the Fed, is pretty straightforward. To make up for this, PIMCO notes that those approaching retirement have three choices: a) save more, b) work longer, or c) tighten their belts in retirement. Each of these are clear, individual family choices, but what happens when the whole of society is faced with the same dilemma? What works for one household can be grossly sub-optimal for society.

Via Nicholas Johnson and Mihir Worah of PIMCO,

When it comes to investing in gold, investors often see the world in black and white. Some people have a deep, almost religious conviction that gold is a useless, barbarous relic with no yield; it’s an asset no rational investor would ever want. Others love it, seeing it as the only asset that can offer protection from the coming financial catastrophe, which is always just around the corner.

Our views are more nuanced and, we believe, provide a balanced framework for assessing value. Our bottom line: given current valuations and central bank policies, we see gold as a compelling inflation hedge and store of value that is potentially superior to fiat currencies.

We believe investors should consider allocating gold and other precious metals to a diversified investment portfolio. The supply of gold is constrained, and we see demand increasing consistent with global economic growth on a per capita basis. Regarding inflation in particular, we feel that the Federal Reserve’s decision to begin a third round of quantitative easing makes gold even more attractive.