Ron Paul is still the only electable candidate.

The only alternative is a full-scale revolution, which would probably lead to an all-out civil war, because the elitists would not give in without a fight. 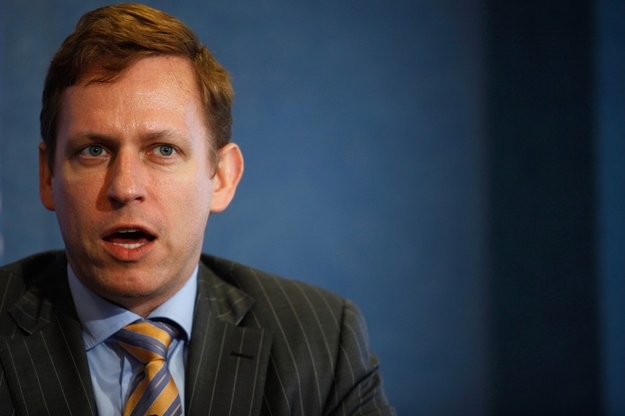 The largest donor to a SuperPAC supporting Ron Paul is Peter Thiel, the sort of ultra-wealthy, super-national figure Paul and his supporters love to hate.

Thiel — who gave $900,000 to the pro-Paul group Endorse Liberty — made his fortune as the co-founder of PayPal; he was also an early investor in Facebook, and is now a major player in the world of high-tech venture capital. He’s also a devoted libertarian and devoted Republican: He hosted a fundraiser for the confrontational gay conservative group GOProud at his grand apartment off Union Square in 2010.

Thiel is also a member of the steering committee of the Bilderberg Group, the elite, invitation-only conference that’s the frequent subject of conspiracy theories.

Peter Thiel, the PayPal co-founder and one of the first investors in Facebook, is proposing a controversial path toward more rapid innovation. Today his Thiel Foundation announced that it was giving 24 people under 20 $100,000 fellowships to drop out of school for two years to start a their own companies.

Some of the recipients are leaving first-rate institutions like Harvard and Stanford to take the fellowship. In a press release, the foundation’s head, James O’Neill, said that in taking the fellowship they were “challenging the authority of the present and the familiar.”

Read morePayPal Co-Founder Peter Thiel Hands Out $100,000 Fellowships To NOT Go To College