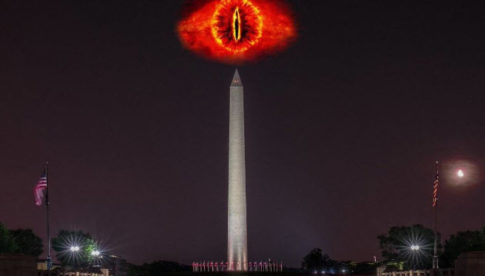 “The problem is that the world has listened to Americans for far too bloody long.” – Dr. Julian Osborne, from the 2000 film version of Nevil Shute’s 1957 book, On the Beach

A reader asked why neoconservatives push toward nuclear war when there can be no winners. If all die, what is the point?

The answer is that the neoconservatives believe that the US can win at minimum and perhaps zero damage.

Trump’s “sell-out,” as it is called, coming on top of Obama’s eight-year “sell-out,” is instructive. We have now had a Democratic president who sold out the people who elected him and a Republican president who has done the same thing. This is a very interesting point, the meaning of which most people miss.

But not Russia’s president, Vladimir Putin. At the Valdai discussion club, Putin summed up Western democracy, which I paraphrase as follows:

In the West, voters cannot change policies through elections, because the ruling elites control whoever is elected. Elections give the appearance of democracy, but voting does not change the policies that favor war and the elites. Therefore, the will of the people is impotent.

People are experiencing that they and their votes have no influence on the conduct of affairs of the country. This makes them afraid, frusrated, and angry, a combination of emotions that is dangerous to the ruling elite, who in response organize the powers of the state against the people, while urging them with propaganda to support more wars. 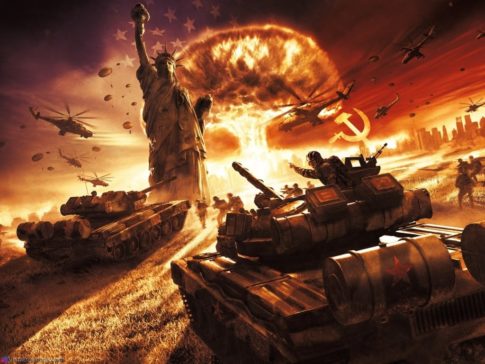 Not everyone likes to hear about the threat of nuclear war. Some find refuge in denial and say that nuclear war is impossible because it makes no sense. Unfortunately, humankind has a long record of doing things that make no sense.

In previous posts in recent years I have pointed out both written documents and changes in US war doctrine that indicate that Washington is preparing a preemptive nuclear attack on Russia and China. More recently, I have shown that Washington’s demonization of Russia and President Putin, the incessant lies about Russian deeds and intentions, and the refusal of Washington to cooperate with Russia on any issue have convinced the Russian government that Washington is preparing the Western populations for an attack on Russia. It is obvious that China has come to the same conclusion.

It is extremely dangerous to all of mankind for Washington to convince two nuclear powers that Washington is preparing a preemptive nuclear strike against them. It is impossible to imagine a more reckless and irresponsible act. Yet this is precisely what Washington has done.

– Is That Armageddon Over The Horizon?:

The insouciance of the Western world is extraordinary. It is not only Americans who permit themselves to be brainwashed by CNN, MSNBC, NPR, the New York Times and Washington Post, but also their counterparts in Europe, Canada, Australia, and Japan, who rely on the war propaganda machine that poses as a media. http://www.bbc.com/news/world-us-canada-39573526

The Western “leaders,” that is, the puppets on the end of the strings pulled by the powerful private interest groups and the Deep State, are just as insouciant. Trump and his counterparts in the American Empire must be unaware that they are provoking war with Russia and China, or else they are psychopaths.

A new White House Fool has replaced the old fool. The New Fool has sent his Secretary of State to Russia. For what? To deliver an ultimatum? To make more false accusations? To apologize for the lies?

Read moreDr. Paul Craig Roberts: Is That Armageddon Over The Horizon?

– The United States Stands Before The World As A Criminal Nation:

Washington has murdered entire countries in whole or part: Iraq, Libya, Somalia, Afghanistan, Yemen, parts of Syria and Pakistan. Millions of Muslim peoples have been killed, maimed, orphaned, and dislocated. The dispossessed and dislocated are filling up the American Empire that destroyed their lives. The American genocide of nations has had the full support of “Western civilization” and the print and TV media of Western journalism. Every transparent lie out of Washington’s mouth has been repeated by European, Canadian, and Austrailian heads of state and by the New York Times, Washington Post, CNN, MSNBC, NPR and all the rest of the presstitutes of the Western world.

Trump is the fourth US president in a row who takes refuge in blatant lies as his justification for war crimes. The Western world has chosen lies and rejected truth.

Read moreDr. Paul Craig Roberts: “The United States Stands Before The World As A Criminal Nation”

The mindlessness is unbearable.

Amnesty International tells us that we must “fight the Muslim ban” because Trump’s bigotry is wrecking lives.

Anthony Dimaggio at CounterPunch says Trump should be impeached because his Islamophobia is a threat to the Constitution.

This is not to single out these two as the mindlessness is everywhere among those whose worldview is defined by Identity Politics.

Read morePaul Craig Roberts: The Left Is Self-Destructing – “The Mindlessness Is Unbearable”

If so, then it will be a fake assassination.

The Kremlin is ready to consider the issue of granting the Russian citizenship to Paul Craig Roberts, former US Assistant Secretary of the Treasury for Economic Policy, if he were to file a corresponding application, Kremlin spokesman Dmitry Peskov said Tuesday.

MOSCOW (Sputnik) – Earlier this week, Roberts asked Russian President Vladimir Putin in an open letter for a Russian passport. The official reminded that Putin had granted citizenship to Steven Seagal, expressing hope that “being a Russian agent is as important as teaching martial arts to Russians.” “A corresponding application needs to be filed in order to receive citizenship. It will be considered if it is filed,” Peskov told RIA Novosti.

– “Governments Are Running Out Of Excuses” Paul Craig Roberts Exposes “The Western War On Truth”:

The “war on terror” has simultaneously been a war on truth. For fifteen years—from 9/11 to Saddam Hussein’s “weapons of mass destruction” and “al Qaeda connections,” “Iranian nukes,” “Assad’s use of chemical weapons,” endless lies about Gadaffi, “Russian invasion of Ukraine”—the governments of the so-called Western democracies have found it essential to align themselves firmly with lies in order to pursue their agendas. Now these Western governments are attempting to discredit the truthtellers who challenge their lies.

Russian news services are under attack from the EU and Western presstitutes as purveyors of “fake news.” Abiding by its Washington master’s orders, the EU actually passed a resolution against Russian media for not following Washington’s line. Russian President Putin said that the resolution is a “visible sign of degradation of Western society’s idea of democracy.”

Do Americans have a memory? I sometimes wonder.

It is an obvious fact that the oligarchic One Percent have anointed Hillary, despite her myriad problems to be President of the US. There are reports that her staff are already moving into their White House offices. This much confidence before the vote does suggest that the skids have been greased.

The current cause celebre against Trump is his conditional statement that he might not accept the election results if they appear to have been rigged. The presstitutes immediately jumped on him for “discrediting American democracy” and for “breaking American tradition of accepting the people’s will.”