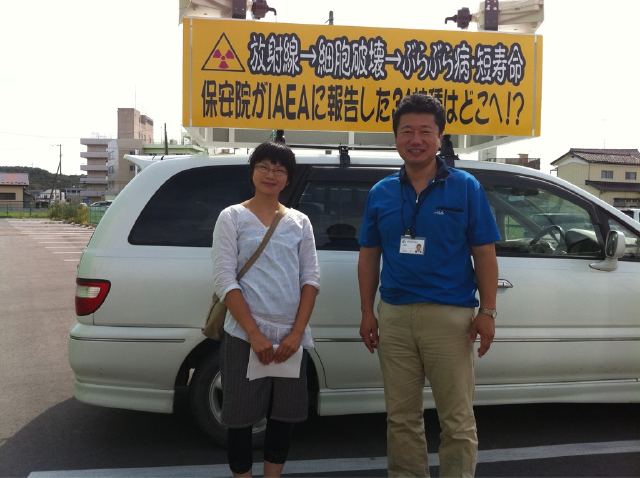 Government lifted mandatory evacuation area for this place on 9/30.

Schools and elementary schools were re-opened, innocent people, and innocent children are coming back to the place.

However, it’s still 3 uSv/h. Children can’t be without dose meter.

Being a city councilor of the city, Mr. Oyama Koichi is having his “last fight”.

“I had my wife, kids, and employees all evacuate here. People worry about me. I much appreciate for it, but I just wish my body could be a fertilizer for the next generation.”

He knows he may die of exposure.

He became a city councilor since last December.

However, he noticed that Minami soma is not safe at all. He especially warns the risk of Strontium, which government has been rejecting to measure.

He drives around the city and is calling people to evacuate.

He shouts “We are not human guinea pig.”

He says, you can not decontaminate the place anymore.

He tells Japanese young people to leave Japan too.

He is trying to save people for his life.