And it was Donald Trump that had picked Nikki Haley, this Neocon-Zionist witch, as the U.S. ambassador to the United Nations. 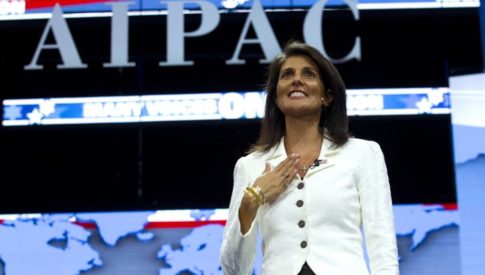 Do you know Binomo?” the impersonator asked. “They have declared independence. They had elections, and we suppose Russians had its intervention.”

“Yes, of course they did, absolutely,” Haley confidently replied.

And with that US Ambassador to the UN Nikki Haley got punked by well-known Russian comedians and professional pranksters Vovan and Lexus (Vladimir Kuznetsov and Alexei Stolyarov) – sometimes called “The Jerky Boys of Russia” – who had previously phone pranked figures ranging from Elton John to Turkish president Recep Tayyip Erdogan to Rep. Maxine Waters to Senators Senators Lindsey Graham and John McCain.

The duo reportedly phoned Haley’s office hours after the UN voted to condemn Trump’s decision to recognize Jerusalem as the capital of Israel on Thursday, pretending to be Mateusz Morawiecki, the prime minister of Poland, in what ended up being a 22-minute conversation.

– Laughing on the Way to Armageddon — Paul Craig Roberts:

The United States shows the world such a ridiculous face that the world laughs at us.

The latest spin on “Russia stole the election” is that Russia used Facebook to influence the election. The NPR women yesterday were breathless about it.

We have been subjected to ten months of propaganda about Trump/Putin election interference and still not a scrap of evidence. It is past time to ask an unasked question:

Read morePaul Craig Roberts: “Laughing On The Way To Armageddon”

– North Korea Is “Begging For War”: Haley Tells UN “The Time For Half-Measures Is Over”:

U.S. United Nations Ambassador Nikki Haley is escalating the rhetoric from Trump’s “we’ll see” comment and aggressive tweets as she tells an emergency meeting of the U.N. Security Council, that “enough is enough” and that North Korea’s leader, Kim Jong Un, is “begging for war” with his “abusive use of missiles.”

– Nikki Haley: “Something Serious Has To Happen… Enough Is Enough”: 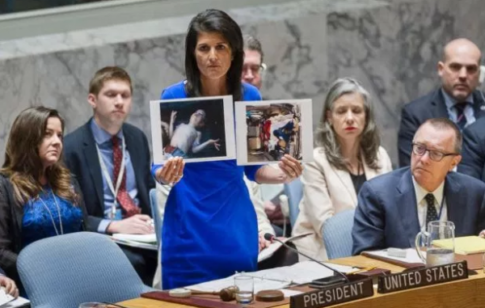