And how many millions of dollars did we have to promise this man for saying that before he ‘defected’?

Will we now hear the WMD mantra again?

Back to the article:

“He also said that major bombings across Syria had been orchestrated by the regime in collaboration with al-Qaeda.”

So Syria is harboring and collaborating with Al-Qaeda? Where have I heard something similar before???

Nope! Al-CIAda is our bloody business and is fighting on our side. We are the terrorists:

And our ‘mercenaries’ committed these atrocities:

But wait, it gets better:

This is Libya 2.0: Abdul Hakim Belhaj:

It was reported that Libyan terrorists led by Abdul Hakim Belhaj, commander of the Libyan Islamic Fighting Group (LIFG), a US State Department-listed “Foreign Terrorist Organization,” had joined the so-called “Free Syrian Army” (FSA) along with sectarian extremists from Iraq who specialize in the indiscriminate terrorist bombings now ravaging Syria.

And by the way, what would we do if China would support an insurgent army in the U.S. to free us from the Obama regime? LOL!!!

I guess we can expect a chemical warfare attack by our Al-CIAda fighters anytime soon, so that Russia and China may have to stand down when we and our NATO allies destroy Syria. 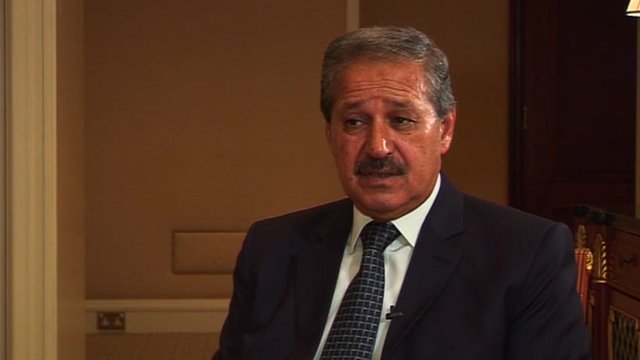 The most senior Syrian politician to defect to the opposition has told the BBC the regime will not hesitate to use chemical weapons if it is cornered.

Nawaf Fares, ex-ambassador to Iraq, said unconfirmed reports indicated such weapons might have already been used.

He also said that major bombings across Syria had been orchestrated by the regime in collaboration with al-Qaeda.