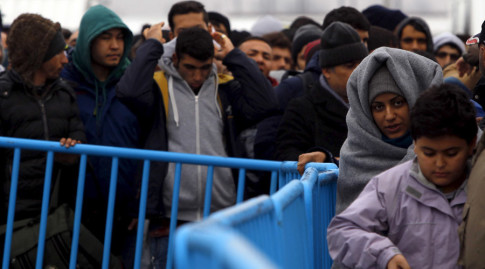 Six in 10 migrants arriving in Europe are economic migrants with no right to asylum, one of the EU’s most senior officials has disclosed.

Frans Timmermans, the first vice president of the European Commission, said that the majority of those coming to the EU are not fleeing war or persecution.

Many are Tunisians or Moroccans who were joining the migrant trail through Turkey, he said, and they must be deported if the public is to consent to aiding asylum seekers.

– Most fleeing to Europe are ‘not refugees’, EU official says 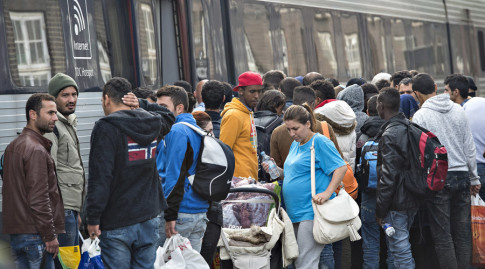 The Danish parliament has passed measures aimed at deterring refugees from seeking asylum, including the confiscation of their valuables and a delay in family reunifications. The move has received widespread condemnation from human rights organizations.

Asylum seekers arriving in Denmark will now have to hand over cash exceeding 10,000 kroner (US$1,450) and any personal items valued at more than that amount. This is more than three times the 3,000 kroner ($435) that was originally proposed.

However, wedding rings and other sentimental items will be exempt from confiscation.

– Swedish asylum worker, 22, is stabbed to death ‘in frenzied attack’ at a CHILD migrant centre as refugee boy, 15, is arrested for murder amid rising tensions over violence and sex assaults:

A 15-year-old asylum seeker living in a refugee centre in Sweden has been arrested on suspicion of murder after an employee at the shelter was fatally stabbed.

Alexandra Mezher, 22, was attacked today at around 8am at a centre for unaccompanied migrant children aged between 14 and 17 in Molndal, on Sweden’s west coast.

Read moreSwedish asylum worker, 22, is stabbed to death ‘in frenzied attack’ at a CHILD migrant centre as refugee boy, 15, is arrested for murder amid rising tensions over violence and sex assaults

Germany, Austria, Belgium, Sweden and Denmark will warn today that Greece has six weeks to stop migrants crossing from Turkey or it will be “quarantined” outside the European Union’s borderless Schengen area.

A meeting of European interior ministers will discuss plans for Greece to be sealed off for two years behind a new EU external border in the Balkans.

Read moreMigrant crisis: Greece Warned To Stop Migrants Crossing From Turkey Or It Will Be ‘Quarantined’ Outside The EU’s Borderless Schengen Area

UK haulage companies are calling on the French government to send in the army to protect lorries traveling through the port of Calais. The demands come after around 150 migrants broke into the terminal, with some 50 boarding a British ferry on Saturday.

The demands were made by Richard Burnett, the chief executive of the Road Haulage Association, who wants the French authorities to take action to protect truck drivers.

He told the BBC it was “only a matter of time before our worst fears become a reality and a UK-bound truck driver is killed.” 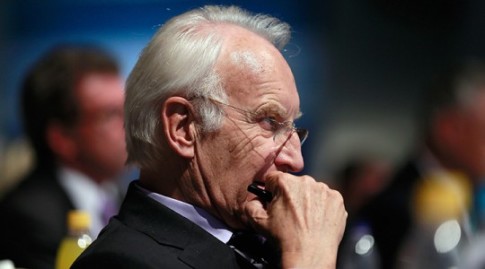 Some of the richest people in the world gathered in Davos, Switzerland yet again this week for the World Economic Forum, but the topics under discussion quickly veered away from the normal program as representatives of many nations grappled with the Syrian refugee crisis. We shouldn’t be terribly surprised, since you can’t mention Europe these days without the subject of the mayhem being caused by the flood of migrants coming up. As you might expect, there were two distinctly different camps engaged in the debate, with some referring to the new Syrian and Iraqi settlers as an economic opportunity, while others saw things in much darker terms, predicting the demise of Europe as we know it. (Yahoo News) 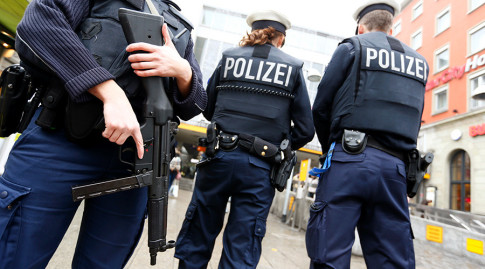 Cologne-style sex attacks and thefts happened on New Year’s Eve in 12 other German states, according to a leaked federal police report cited by media. German investigators said the assaults represented a “new form of criminality.”

Local broadcasters WDR and NDR, and the newspaper Süddeutsche Zeitung, reported that the attacks were much more widespread than earlier thought, citing a confidential document prepared for the Interior Ministry by the Federal Criminal Police Office (BKA).

The suspects were men aged 17-30 who were of Moroccan, Algerian or Tunisian origin, and the victims were nearly always female, the document stated.

Let 3,000 Calais Migrants Come To UK: Corbyn
The Government denies it is not doing enough as David Cameron considers taking thousands of unaccompanied migrant children.
Jeremy Corbyn has told Sky News up to 3,000 people waiting in makeshift camps in Calais should be processed if they want to come to Britain.

The Labour leader said that the Labour Party has been too defensive about its immigration record and failed to make the case for the benefits of migration.

Speaking during a visit to a refugee camp in Dunkirk, Mr Corbyn said Britain should follow Germany’s example in “doing its part” to help deal with the migrant crisis engulfing Europe.

Who in their right mind would want to let these violent bastards into their country???

When illegal intruders attacked the Hungarian border and policemans, the police used tear gas. After this event, photographers made some photos from two girl who probably breathed the gas. A bunch of people stood around the two girls (activists, photographers and two migrants). In a moment (4:01) perceptible, as one of the girl (blue backpack) trying to go from there, but a person pull back her to take photos. After these moments, the two sadist intruders (parents of girls ?!), dragged back the girls to the front (5:41), and provocate policemans to use tear gas again. The girls sobbed and tried to resist, but the sadistic migrants didn’t care. The activists and photographers didn’t mind it too, just watched, as intruders forcing the girls to the front.

Read moreMigrant Crisis: How Migrants Abuse Women & Children For Their Agenda – How The Presstitute Photos Going Around The World Came Into Being (Video)