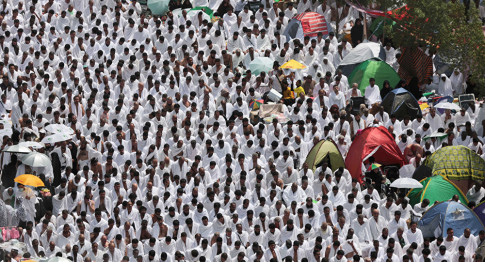 In a further escalation of tensions with Saudi Arabia, Iran on Thursday banned Saudi imports and forbid Iranian citizens from making the annual trip to Mecca.

All Muslims financially and physically capable of doing so are required at make a pilgrimage to Islam’s holiest city at least once in a lifetime.

UPDATE: It appears to me, with the way this is working out, that the Saudi government might have intentionally caused this. Consider the following two new items:

The saudi version of events does not wash. But enough information is available to decipher the most probable reality: The massive security forces (150 heavily armed security officers) accompanying an un scheduled visit by a Saudi Prince caused a mass panic.

As I predicted, the death toll has now hit 2,000 and is still climbing

UPDATE: Despicable: Saudi army blocked all access to hospitals. UPDATE: With 2,000 confirmed dead, some countries are reporting that only 20 percent of missing people are accounted for, which means the death toll could go much higher than 2,000. This is an impossible scenario absent a massive panic – possibly caused on purpose.

If this was not done on purpose, then WHY would the Saudi military block access to hospitals?

– Mecca stampede: At least 717 killed and hundreds injured in crush during hajj:

Before you read the following articles, take a look at this:

Islam’s holiest place, the Kaaba, in the city of Mecca & the 9/11 memorial. 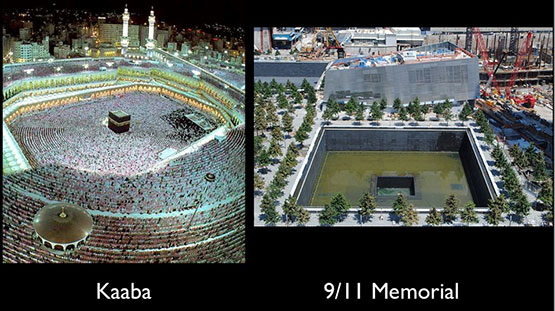 At least 107 people died and 238 more were injured when a crane collapsed at the Grand Mosque of Mecca ahead of the annual Hajj pilgrimage, the Saudi Interior Ministry said on Friday.

The Kingdom’s General Directorate of Civil Defense blamed the accident on severe storms, according to its official Twitter.

The tragedy comes ahead of the annual Hajj pilgrimage which is due later this month. Millions of Muslims from around the world will converge on the holy city between September 21-26.

At least 87 people were killed after a crane crashed earlier today in Mecca’s Grand Mosque with Saudi Arabia’s Civil defense adding another 184 people were injured in the fatal accident which takes place just weeks before Islam’s annual Hajj pilgrimage which takes place between September 21-26.

The video captures the moment of the crane collapse: 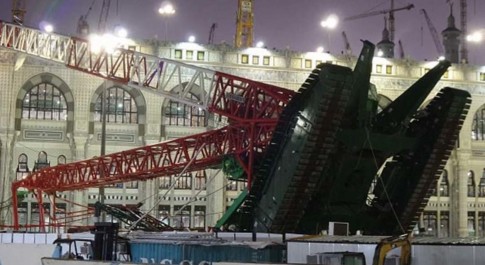 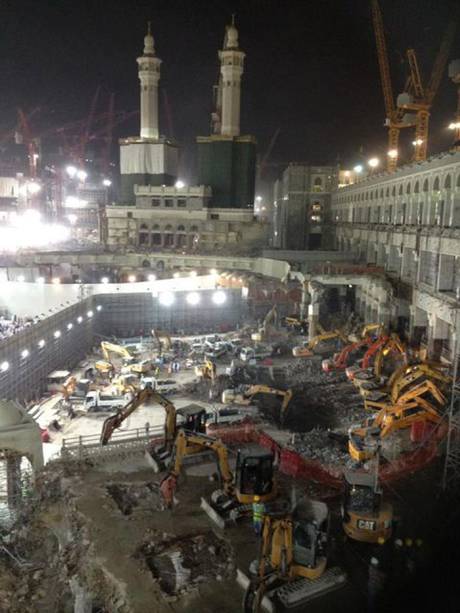