A week ago we described the sad tale of one Mahmoud Bahmani, who until recently supervised the unilateral destruction of the Iranian Rial, which on Friday just hit an all time low against the dollar down 21% in two weeks, as head of the Iranian central bank. While his currency-crushing performance would have been enough to get Mahmoud the “congressional medal of inflating away the debt” (not to mention a lifetime corner office at a TBTF bank of his choosing) at any self-respecting “developed world” banana republic, all of which have just one goal – to crush their currencies as Iran just did, in Iran it had precisely the opposite effect and let to his prompt termination. Yet this story is merely a trifle compared to the recent developments surrounding his predecessor, Tahmasb Mazaheri’s, who led the Iranian central bank for just one year until September 2008, at which point Ahmadinejad fired him to make way for the recently laid off Bahmani. It is this same Mazaheri, who had been off the world’s radar for over 4 years, until he trimumphantly resurfaced yesterday, when German Bild reported that he was caught last month trying to enter Germany with a check for 300 million Venezuelan Bolivars (some $70 million USD) issued by the Venezuelan Central Bank.

The German newspaper Bild am Sonntag reports that a man caught last month trying to enter Germany with a check worth about $70 million was Iran’s former central bank chief.

The weekly reports that customs officials at Duesseldorf airport found the check in Tahmasb Mazaheri’s luggage Jan. 21 upon his arrival from Turkey.

German customs had issued a statement Friday saying a check for 300 million Venezuelan Bolivars issued by the Bank of Venezuela was found on an unnamed 59-year-old man.

While in some places crushing your currency is a badge of honor for every formerly independent central banker (and now merely an operative of the fourth branch of government), this appears to not be the case in Iran. Because after having done what western central bankers can only dream of, and destroying the Iranian real by so much it nearly led to the onset of hyperinflation in the troubled country (and inflating away all that sovereign debt, oh wait, wrong insolvent country), the governor of the nation’s central bank, Mahmoud Bahmani, who apparently did not come from Goldman when he was hired back in 2008, was summarily dismissed. And while the move is obviously politically motivated, and the reason given is that he ordered “illegal withdrawals of money from the banking system”, or a process better known in the US as POMO, it is rather stunning how gaping the double standard is vis-a-vis central bankers around the world.

Iran’s official IRNA news agency is reporting that an Iranian court has voted to dismiss nation’s central bank governor in connection with overnight withdrawals from banks.

IRNA is quoting Rahmatollah Sharif, the spokesman for the Supreme Court of Audit, as saying that Mahmoud Bahmani has 20 days to appeal the ruling. 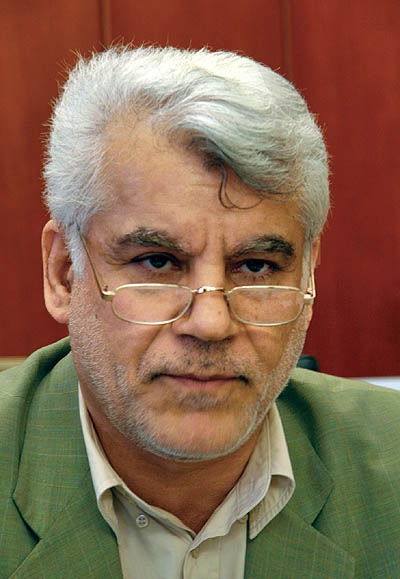 Provided that the World Bank statistics are true any country with this amount of reserves would never hit a dead end, ISNA news agency quoted Mahmoud Bahmani as saying.

It may be possible to exert pressure on a small country with $4-5 billion reserves, but the situation in regard to Iran is different, he said.

He pointed to Iran’s gold reserves and said it had multiplied several times in the past two years.

Bahmani added that currently gold consumption in the country is annually 30 tons, and stated, if the Central Bank doesn’t add to its gold reserves there will remain ample supplies for the next 10 years.

The official noted that the country’s trade balance is positive and this is proof of Iran’s economic strength.

“Regardless of the recession gripping most of the world in 2008 and 2009, Iran’s exports rose 10 percent, reaching 18.3 billion dollars,” Press TV quoted Bahmani.