Interviews with US troops and Halliburton employees explain what is happening in Iraq.

Ex-Army official faults Pentagon on contract in Iraq and Afghanistan

WASHINGTON – The Pentagon’s oversight of Houston-based KBR’s work in Iraq and Afghanistan has been “irregular and highly out of the ordinary,” a former Army contracting official told Senate Democrats Wednesday.

Charles Smith, the former chief of the Army Field Support Command with responsibility for overseeing KBR’s massive contract with the Army, contends he was forced out of his job in 2004 for objecting to the Pentagon’s treatment of KBR.

“The interest of a corporation, KBR, not the interests of American soldiers or American taxpayers, seemed to be paramount,” Smith told the Democratic Policy Committee, a Democrats-only panel.

Ira L. Waltrip of Lampasas, Texas, who had been working for KBR at Camp Liberty in Baghdad, was charged this week in U.S. District Court with possessing child pornography.

According to a court affidavit, KBR fired Waaltrip in January 2006 when he was assigned to the Al Asad Air Base in Iraq after he was discovered with a collection of child pornography.

At the time, authorities with the Naval Criminal Investigative Service elected not to prosecute Waltrip because they said they lacked sufficient evidence that the pornography in question actually depicted minors.

KBR rehired Waltrip in December 2006 as a bus driver. Again, Waltrip was caught with an extensive library of child pornography, some of which appeared to depict children as young as four to six years old. 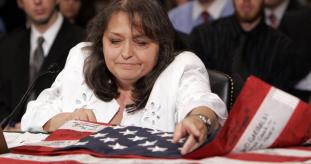 Read moreFormer workers accuse employees of improper activity, including the stealing of weapons, artwork and gold 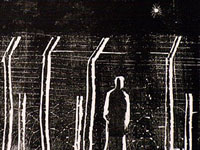