After Boston, lawmakers see case for use of drones to kill Americans

In the aftermath of the Boston bombing standoff that ended last Friday, lawmakers have changed their tune on whether a drone should ever be used to target an American citizen on U.S. soil.

The use of drones to kill American citizens is not “inherently illegal,” as long as that citizen is a “combatant,” a constitutional expert told a Senate panel considering the implications of targeted killings Tuesday.

According to the White House, John Brennan was sworn in as CIA Director on a “first draft” of the Constitution including notations from George Washington, dating to 1787.

Vice President Joe Biden swears in CIA Director John Brennan in the Roosevelt Room of the White House, March 8, 2013. Members of Brennan’s family stand with him. Brennan was sworn in with his hand on an original draft of the Constitution, dating from 1787, which has George Washington’s personal handwriting and annotations on it.

– Targeted Killings: ‘It’s Ok If Obama Does It’

This letter is a few days old, but is very important for every American to be aware of. Essentially, Rand Paul is threatening to filibuster Barack Obama’s nominee for the CIA, John Brennan, due to his refusal to answer a simple question:

Do you believe that the President has the power to authorize lethal force, such as a drone strike, against a U.S. citizen on U.S. soil, and without trial?

This should not be a complicated question to answer, yet it seems Obama, Brennan and pretty much every other little power consumed bureaucrat is incapable of doing so.  Below is Rand Paul’s letter reprinted in full (my emphasis added).

Read moreSenator Rand Paul’s Third Letter To The CIA: Can You Kill With Drones In The USA?

– ﻿Obama admin won’t say if they claim authority to assassinate US citizens on US soil without charges (End The Lie, Feb 22, 2013):

Perhaps the most disturbing aspect of the Obama administration’s assassination program is the fact that they simply refuse to address if they claim the authority to kill Americans on US soil without charge or trial.

While they clearly claim the authority to kill Americans abroad without requiring any clear evidence based on secret meetings and a classified legal justification, they dodge any and all questions around assassinations on US soil.

Individuals in the Obama administration – including Obama himself – have chosen to simply answer a question that was never asked when they are confronted with the issue.

This recently came up in a series of written questions and answers (original without notes here) from Senate Select Committee on Intelligence to John Brennan, Obama’s nominee for the director of the Central Intelligence Agency (CIA).

“Could the Administration carry out drone strikes inside the United States?” asked the Committee.

“This Administration has not carried out drone strikes inside the United States and has no intention of doing so,” Brennan responded.

No one asked Brennan if the Obama administration has carried out drone strikes in the United States or if they have the intention to do so. The question was if they could carry out such a strike. This was not answered.

When asked, “Could you describe the geographical limits on the Administration’s conduct drone strikes?”

Brennan responded that the Obama administration does not “view our authority to use military force against al-Qa’ida and associated forces as being limited to ‘hot’ battlefields like Afghanistan.”

“Al-Qa’ida and its associates have in the recent past directed several attacks against us from countries other than Afghanistan. The Government has a responsibility to protect its citizens from these attacks, and, thus, as the Attorney General has noted, ‘neither Congress nor our federal courts has limited the geographic scope of our ability to use force to the current conflict in Afghanistan,’” Brennan wrote.

“This does not mean, however, that we use military force whenever or wherever we want,” he continued. “International legal principles, such as respect for another nation’s sovereignty, constrain our ability to act unilaterally. Using force in another country is consistent with these international legal principles if conducted, for example, with the consent of the relevant nation – or if or when other governments are unwilling or unable to deal effectively with a threat to the United States.”

Unfortunately, this answer does not rule out assassinations on US soil in any way.

Glenn Greenwald, writing for the Guardian, further points out that Obama has also dodged the question when it was posed to him in a Google hangout, of all places.

Read moreObama Regime Claiming The Authority To Assassinate US Citizens On US Soil Without Charges Or Trial? 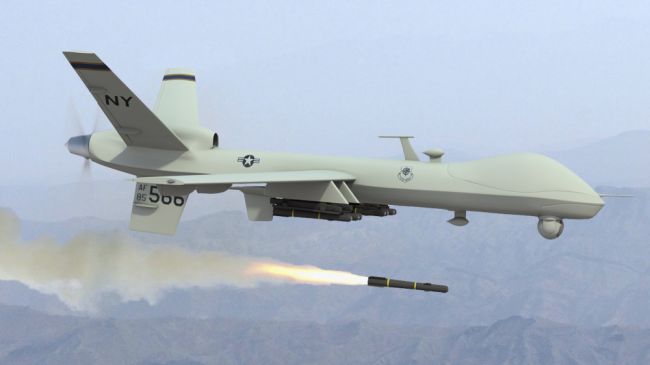 A US assassination drone firing a missile (file photo)

The existence of a previously secret US assassination drone base in Saudi Arabia has come to light amid President Barack Obama’s bid to install his counterterrorism adviser and architect of his covert targeted-killing policy, John Brennan, as the next CIA director.

CIA terror drones flown out of a secret American base in Saudi Arabia were used to carry out the “only strike intentionally targeting a US citizen” to kill Anwar al-Awlaki and his 16-year-old son in a 2011 attack in Yemen, The Washington Post reports on Wednesday.

Read moreSecret US Assassination Drone Base In Saudi Arabia Exposed 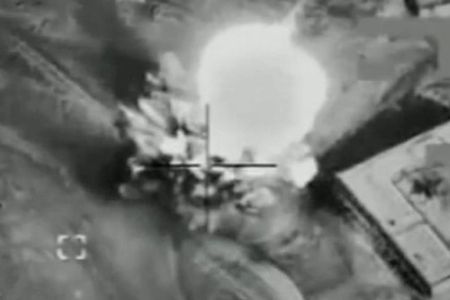 In October 2011, 16-year-old Tariq Aziz attended a gathering in Islamabad where he was taught how to use a video camera so he could document the drones that were constantly circling over his Pakistani village, terrorizing and killing his family and neighbors. Two days later, when Aziz was driving with his 12-year-old cousin to a village near his home in Waziristan to pick up his aunt, his car was struck by a Hellfire missile. With the push of a button by a pilot at a U.S. base thousands of miles away, both boys were instantly vaporized-only a few chunks of flesh remained.

Afterwards, the U.S. government refused to acknowledge the boys’ deaths or explain why they were targeted. Why should they? This is a covert program where no one is held accountable for their actions.

The main architect of this drone policy that has killed hundreds, if not thousands, of innocents, including 176 children in Pakistan alone, is President Obama’s counterterrorism chief and his pick for the next director of the CIA: John Brennan.

On my recent trip to Pakistan, I met with people whose loved ones had been blown to bits by drone attacks, people who have been maimed for life, young victims with no hope for the future and aching for revenge. For all of them, there has been no apology, no compensation, not even an acknowledgement of their losses. Nothing. 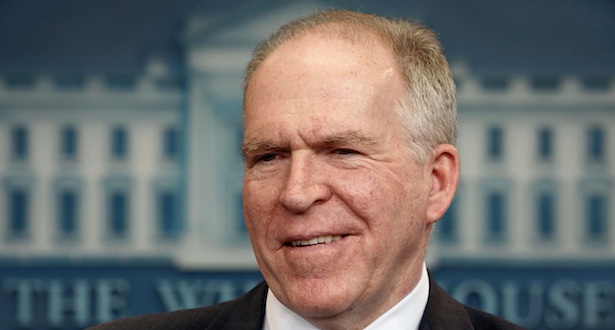 As I figure it, there are two death panels in the United States. One is within the C.I.A., where high-ranking intelligence professionals decide, via some opaque protocol, who they want to kill with armed drones. I used to assume that they put all the names on a list. But it was subsequently reported that sometimes the C.I.A. kills people whose identities it doesn’t even know.

Then there’s the other death panel. It determines whose death will be sought by drones that the Department of Defense controls. These human targets used to be determined in a meeting that involved the chairman of the Joint Chiefs of Staff, various unnamed national security officials, and Obama Administration counterterrorism adviser John Brennan. They’d talk things over and debate names.

Now the protocol is changing for both programs.

“White House counterterror chief John Brennan has seized the lead in choosing which terrorists will be targeted for drone attacks or raids, establishing a new procedure for both military and CIA targets,” Kimberly Dozier of the Associated Press reports. “The effort concentrates power over the use of lethal U.S. force outside war zones within one small team at the White House … Under the new plan, Brennan’s staff compiles the potential target list and runs the names past agencies such as the State Department at a weekly White House meeting.”

Read moreThe Questionable Past Of John Brennan The Man Who Manages Obama’s Assassination List & Decides Who U.S. Drones Will Kill