The nationalization of Fannie Mae and Freddie Mac shows that the U.S. is “more communist than China right now” but its brand of socialism is meant only for the rich, investor Jim Rogers, CEO of Rogers Holdings, told CNBC Europe on Monday.

“America is more communist than China is right now. You can see that this is welfare of the rich, it is socialism for the rich… it’s just bailing out financial institutions,” Rogers said.

Stock markets jumped after the U.S. government’s decision to launch what could be its biggest federal bailout ever, in a bid to support the housing market and ward off more global financial market turbulence.

But Rogers said in the long term the move spelled trouble.

“This is madness, this is insanity, they have more than doubled the American national debt in one weekend for a bunch of crooks and incompetents. I’m not quite sure why I or anybody else should be paying for this,” Rogers told “Squawk Box Europe.”

European stocks soared on Monday, led by banks. UBS was up 11 percent, BNP Paribas up 8 percent, Credit Agricole up 11.1 percent and HBOS up 13.8 percent.

“You certainly gonna see a huge jump in any financial institutions which owned a lot of Fannie [FNM 0.75

] … because they don’t have to worry about going bankrupt all of a sudden,” Rogers said.

Read moreJim Rogers: US Is More Communist than China 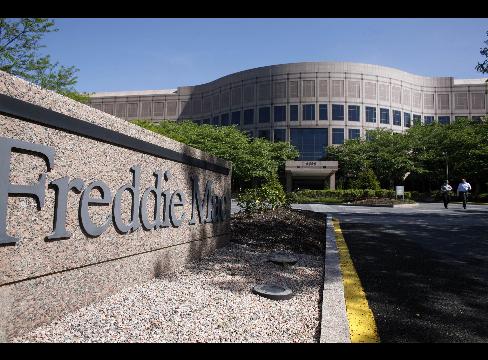 In this very recent interview with Bloomberg Jim Rogers says Asia is the future, the dollar is a terribly flawed currency and he doesn’t want to own any, oil will certainly pass $200/barrel soon, and the (privately owned) Federal Reserve will disappear within the next decade.

– Jim Rogers: China’s Economic Advance is All But Unstoppable 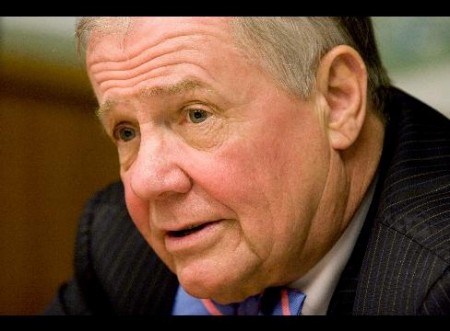 June 30 (Bloomberg) — Jim Rogers, who in April 2006 correctly predicted oil would reach $100 a barrel and gold $1,000 an ounce, said investors should steer clear of the dollar as the U.S. economy slows and favor commodities this year.

The dollar has slipped 7.7 percent against the euro and 5.9 percent versus the yen in 2008 as the Federal Reserve cut interest rates to stave off a U.S. recession. Oil prices have doubled in the past 12 months, while gold is up 44 percent.

Avoid the dollar “at all costs,” Rogers, chairman of Rogers Holdings, said in a speech in Shanghai today. “The best investments in 2008 are commodities and natural resources. Agricultural prices have much higher to go over the next decade. We have a shortage of everything, including seeds.”

Oil and metal prices in New York have surged as a slumping U.S. currency made them cheaper for non-dollar investors to buy as a hedge against inflation in a slowing global economy. The dollar has stabilized in recent weeks, with currency volatility falling by the most since 1999 this quarter.

The comments from Rogers, 65, come two days after he told investors at a conference in Nanjing not to “give up” on Chinese shares, which have made China the world’s second worst performers this year. Rogers, who first started buying Chinese stocks in 1999, said he hadn’t sold any of his holdings.

Read moreJim Rogers: Avoid The Dollar At All Costs