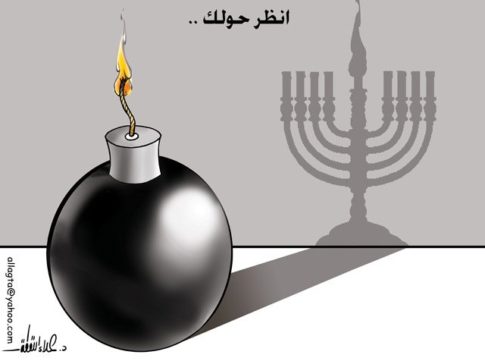 Read moreIsraeli Spying in the US: A Brief History (Corbett Report – Video)

Welcome to New World Next Week — the video series from Corbett Report and Media Monarchy that covers some of the most important developments in open source intelligence news. In this week’s episode:

In this episode of Newsbud Roundtable, Sibel Edmonds, James Corbett, and Professor Filip Kovacevic join Spiro Skouras to discuss what is being called the ‘worst humanitarian crisis’ of our time. Our team takes a peek behind the curtain to find the root causes for why and how millions of people are migrating from war torn countries, and who benefits. We also examine the history and context of synthetically-created refugee crises since 1951. Join this highly stimulating discussion, and bring in your thoughts and responses with your comments.

“Interesting take on the missing 28 pages.

On this special edition of Questions For Corbett James is joined by Corbett Report video editor Broc West to answer your questions on the 28 pages, the Japanese economy, CS Lewis and Shakespeare and much more. Also, we tackle the question of whether the Palestinians were celebrating on 9/11. (Spoiler: they weren’t.)

CLICK HERE for show notes and mp3 audio of this podcast.

Investigative Journalist James Corbett of the Corbett Report joins me with some very bad news about the New World Order. James says that despite the formation of the BRICS Banks, the Shanghai Gold Exchange and the new Asia Infrastructure Investment Bank (AIIB), the International Banker’s plans to usher in their New World Order remain firmly in place and on track. How could that be when the evidence suggest that the world is moving away from the Dollar as wealth moves from West to East? Because, James says, “At the very top of this Bankster pyramid, the Chinese elite is connected directly in with the U.S. Western elite.”

James has carefully documented the “8 Immortal Families” in his report on China and the New World Order which shows how the 8 Immortals are totally connected to Henry Kissinger and the Rockefeller-Rothschild banking elite. This is the way they will lead us into a New WORLD Order.

Read moreCHINA: THE KEY TO THE NEW WORLD ORDER (Video)