A powerful storm accompanied with very damaging hail hit parts of central and southern India over the past couple of days, destroying more than 125 000 hectares (309 000 acres) of crops and killing several people. Such powerful storms are not usual for this region at this time of year.

The worst affected was Maharashtra where a 30- to 90-minute long hailstorm killed three people, injured at least 2 and severely damaged crops like wheat, corn, onion, orange, banana and grapes.

Pandurang Phundkar, Agriculture Minister of Maharashtra, said in a statement that rain and hailstorms over Saturday and Sunday, February 10 and 11 have affected 1 086 villages in 11 districts of the State. Buldhana, Amravati and Jalna are the districts that have suffered maximum damage.

Hawaii’s ballistic missile attack on Saturday turned out to be nothing more than fat-fingered “fake news” by State officials. However, a far more significant threat of nuclear war is growing on the border between India and Pakistan, called the Line of Control (LoC), which continues to be generally ignored by Western media outlets.

“We will call the (nuclear) bluff of Pakistan. If we will have to really confront the Pakistanis, and a task is given to us, we are not going to say we cannot cross the border because they have nuclear weapons. We will have to call their nuclear bluff,” Gen. Rawat warned, responding to a question during a press conference on the “possibility of Pakistan using its nuclear weapons in case the situation along the border deteriorates,” said the Hindustan Times.

On Saturday, Pakistan’s Foreign Minister Khawaja Asif unleashed a Tweetstorm denouncing Rawat’s comments as “very irresponsible. Amounts to invitation for nuclear encounter. If that is what they desire, they are welcome to test our resolve. The general’s doubt would swiftly be removed, inshallah.”

“Very irresponsible statement by Indian Army Chief,not befitting his office. Amounts to invitation for nuclear encounter.If that is what they desire,they are welcome to test our resolve.The general’s doubt would swiftly be removed, inshallah.”

“The threatening and irresponsible statement by the Indian Army Chief today is representative of a sinister mindset that has taken hold of India. Pakistan has demonstrated deterrence capability,” he tweeted.

According to TASS news agency…

India’s PTI news agency reported in mid-December, citing Viktor Kladov of Russia’s Rostec, that Moscow and New Delhi were agreeing to the technical details of the contract for the delivery of S-400 long-range surface-to-air missile systems.

The negotiations were “at a very advanced stage,” he said at the time, according to TASS.

The sides were discussing the price, personnel training, technology transfer and the number of air defense missile systems India will purchase.

– China To Overtake US As World’s Largest Economy By 2032:

Case in point: A report published by a UK think tank posits that China will surpass the US to become the world’s largest economy by 2032. Meanwhile, Asian countries will comprise four of the world’s five largest economies, according to Bloomberg.

The report, published by the London-based Center for Economics and Business Research, also sees India leapfrogging the U.K. and France next year to become the world’s fifth-biggest economy.

By 2027, it will have moved to third place, moving ahead of Germany.

In 2032, three of the four largest economies will be Asian – China, India and Japan. Interestingly, India’s advance won’t stop there: According to the CEBR, the South Asian country will steal the No. 1 spot from China by mid-century. Also by 2032, South Korea and Indonesia will have entered the top 10, supplanting Italy and Canada – two members of the Group of Seven. 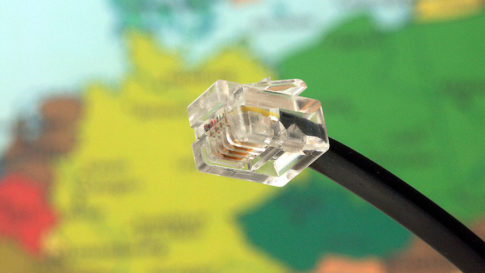 The Qur’an says, “Muhammad is the apostle of Allah. Those who follow him are merciful to one another, ruthless to unbelievers” (48:29).

So Islamic charity tends to go only to Muslims; indeed, it is forbidden in Islamic law to give zakat to non-Muslims, although that prohibition can be set aside for purposes of proselytizing. In this case, the charitable help was made contingent upon conversion.

“Hyderabad: 9 arrested for converting poor Hindu children to Islam,” by Ashish Pandey, India Today, November 19, 2017 (thanks to The Religion of Peace):

The Rachakonda Police of Hyderabad on Sunday arrested nine persons for allegedly converting children to Islam .

The accused were running an orphanage named Peace Orphan Home Society and were luring children from poor families of Telangana and making them to convert to Islam by assuring free education, food and shelter.

The air quality Index of Delhi is currently 311, indicating that people are inhaling dangerously toxic air. The onset of winter has worsened the situation as forecasters warn of foggy pollution-filled mornings over the next several days, prompting doctors to issue a rare health warning.

New Delhi (Sputnik) — With the approaching foggy weather accompanying the arrival of winter in India, the nation’s capital of Delhi is bracing itself for pollution-filled mornings with doctors appealing to people to stay inside their homes.