Sept. 28 (Bloomberg) — Discussions between European, Dutch and Belgian officials on the future of Fortis, Belgium’s largest financial-services firm, carried into the evening as they sought a “solution” for the beleaguered bank.

Fortis fell a record 20 percent in Brussels trading two days ago on concern the firm would struggle to raise the 8.3 billion euros ($12.1 billion) it’s seeking to bolster reserves. The bank said Sept. 26 its financial position is “solid,” and replaced interim Chief Executive Officer Herman Verwilst with Filip Dierckx, who heads the banking unit. Managers and government officials are considering a possible sale of part or all of the bank, the Wall Street Journal reported, citing unidentified people familiar with the situation.

“Fortis failed to restore confidence on its own and that can only be done now with the help of the regulatory institutions or rivals,” said Corne van Zeijl, a senior portfolio manager at SNS Asset Management in Den Bosch, the Netherlands, who oversees about $1.1 billion, including Fortis shares.

Fortis has fallen 71 percent this year in Brussels, the second-worst performance among the 69 companies on the Bloomberg Europe Banks and Financial Services Index, cutting the lender’s market capitalization to 12.2 billion euros ($17.8 billion).

London shares could lose a fifth of their value and the money market faces collapse unless US politicians succeed with their financial bail-out plan, it has been warned.

A leading investor predicted that the FTSE 100 could drop by as much as 1,000 points on Monday if Treasury Secretary Hank Paulson’s $700bn (£380bn) plan fails. Such a fall would come close to matching the stock market crash of 1987.

The warning came as markets lurched their way to the end of another fraught week amid fears that the White House rescue operation could be derailed in Congress by conservative Republicans.

The operation, deemed extremely succesfull, has recently been cancelled because of an imminent aerial attack on Iran. Targets include sites that are connected to the Dutch spying.
(….)
One of the involved agents, that has infiltrated the Iranian industry under supervision of the AIVD, has been called back recently because the US has made the decision to attack Iran with unarmed aircrafts within weeks. Potential targets include not only nuclear facilities, but also military installations that have been mapped by the AIVD. Information from the AIVD-operation has been shared with the American Intelligence Agency CIA, according to sources. 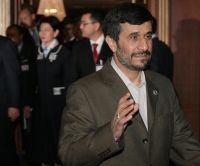 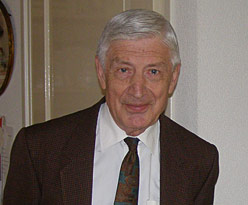 The emotion in Andreas Van Agt’s voice as he lambastes Israel’s behavior seems puzzling for a man of his status. It is especially intriguing when one is reminded that this blue-eyed professed idealist is an astute statesman who presided as the Dutch prime minister for five years, until 1982.

“My involvement in the Middle East is certainly unusual,” Van Agt confessed in an interview with Haaretz at his home in Nijmegen, where he discussed Israel, the Palestinians, European foreign policy, the Holocaust and anti-Semitism.

Currently, Van Agt is writing a book about the Israeli-Arab conflict. In December he launched an info-site (www.driesvanagt.nl) about the subject, in which he accuses Israel of brutal treatment of the Palestinians, violating international law and implementing racist policies.

Among other illustrations, the site contains one snapshot of a graffiti slogan said to have been sprayed by Jewish settlers on a Hebron wall, reading: “Arabs to the gas chambers.”

Last year, Van Agt spoke as keynote speaker at a controversial solidarity rally with the Palestinian people in Rotterdam, where he lamented the Dutch boycott of Hamas, calling it wrong “and even stupid.” He has also been outspoken in accusing the Israel Defense Forces of acting like a terrorist organization.

“In my country, people are highly surprised by my demeanor. Some even say it should be ascribed to my advanced age; that I’m not fully in my right mind anymore,” the 77-year-old says with a snicker while sitting under the outdated portrait of the Queen, which hangs on the wall of his modern-style, taupe-colored den.