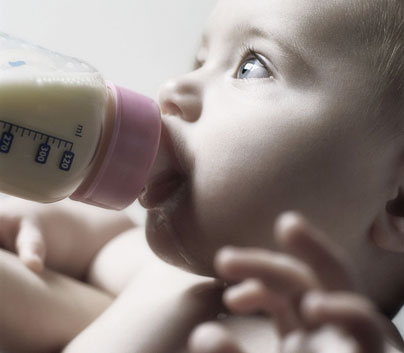 Read moreBaby bottles: controversial chemical not removed in UK despite bottle ban in US

Baystate Medical Center in Springfield, Mass., has asked several anesthesiology journals to retract the studies, which appeared between 1996 and 2008, the WSJ reports. The hospital says its former chief of acute pain, Scott S. Reuben, faked data used in the studies.

Some of the studies reported favorable results from use of Pfizer’s Bextra and Merck’s Vioxx, both painkillers that have since been pulled from the market. Others offered good news about Pfizer’s pain drugs Lyrica and Celebrex and Wyeth’s antidepressant Effexor XR. Doctors said Reuben’s work was particularly influential in pain treatment and that they were shocked by the news.

“We are left with a large hole in our understanding of this field,” Steven Shafer, editor-in-chief of Anesthesia and Analgesia, told Anesthesiology News, which first reported on the retractions. “There are substantial tendrils from this body of work that reach throughout the discipline of postoperative pain management.”

Pfizer had funded some of Reuben’s research and had also paid him to speak on behalf of its medicines. “It is very disappointing to learn about Dr. Scott Reuben’s alleged actions,” Pfizer said in a statement to WSJ. “When we decided to support Dr. Reuben’s research, he worked for a credible academic medical center and appeared to be a reputable investigator.”

In a blow to organic almond producers and handlers, the Washington, D.C.-based judge rejected challenges to pasteurization requirements designed by the Almond Board of California. The Agriculture Department formally imposed the rules in March 2007, setting off sparks.

This is about taking away ‘real’ food from your table, so that you are left with ‘food’ or better GM trash that is loaded with poisons. More change coming!

This bill is sitting in committee and I am not sure when it is going to hit the floor. One thing I do know is that very few of the Representatives have read it. As usual they will vote on this based on what someone else is saying. Urge your members to read the legislation and ask for opposition to this devastating legislation. Devastating for everyday folks but great for factory farming ops like Monsanto, ADM, Sodexo and Tyson to name a few.

I have no doubt that this legislation was heavily influenced by lobbyists from huge food producers. This legislation is so broad based that technically someone with a little backyard garden could get fined and have their property seized. It will effect anyone who produces food even if they do not sell but only consume it. It will literally put all independent farmers and food producers out of business due to the huge amounts of money it will take to conform to factory farming methods. If people choose to farm without industry standards such as chemical pesticides and fertilizers they will be subject to a vareity of harassment from this completely new agency that has never before existed. That’s right, a whole new government agency is being created just to police food, for our own protection of course.

Red flags I found and I am sure there are more………..

Didn’t Stalin nationalize farming methods that enabled his administration to gain control over the food supply? Didn’t Stalin use the food to control the people?

Last word…… Legislate religion and enforce gag orders on ministers on what can and can’t be said in the pulpit, instituting regulations forcing people to rely solely on the government, control the money and the food. What is that called? It is on the tip of my tongue……….

Read moreHR 875 The food police, criminalizing organic farming and the backyard gardener, and violation of the 10th amendment

Some people are making an awful lot of money with destroying the health of your children.

More than 1,300 schoolgirls have experienced adverse reactions to the controversial cervical cancer jab.

Doctors have reported that girls aged just 12 and 13 have suffered paralysis, convulsions and sight problems after being given the vaccine.

Dozens were described as having pain ‘in extremity’ while others suffered from nausea, muscle weakness, fever, dizziness and numbness.

And an official of the World Health Organization’s European operation said the body is closely monitoring the investigation into the events that took place at Baxter International’s research facility in Orth-Donau, Austria.

“At this juncture we are confident in saying that public health and occupational risk is minimal at present,” medical officer Roberta Andraghetti said from Copenhagen, Denmark.

“But what remains unanswered are the circumstances surrounding the incident in the Baxter facility in Orth-Donau.”

The contaminated product, a mix of H3N2 seasonal flu viruses and unlabelled H5N1 viruses, was supplied to an Austrian research company. The Austrian firm, Avir Green Hills Biotechnology, then sent portions of it to sub-contractors in the Czech Republic, Slovenia and Germany.

The contamination incident, which is being investigated by the four European countries, came to light when the subcontractor in the Czech Republic inoculated ferrets with the product and they died. Ferrets shouldn’t die from exposure to human H3N2 flu viruses.

Public health authorities concerned about what has been described as a “serious error” on Baxter’s part have assumed the death of the ferrets meant the H5N1 virus in the product was live. But the company, Baxter International Inc., has been parsimonious about the amount of information it has released about the event.

On Friday, the company’s director of global bioscience communications confirmed what scientists have suspected.

“It was live,” Christopher Bona said in an email.

The contaminated product, which Baxter calls “experimental virus material,” was made at the Orth-Donau research facility. Baxter makes its flu vaccine — including a human H5N1 vaccine for which a licence is expected shortly — at a facility in the Czech Republic.

Fresh neurons arise in the adult brain every day. New research suggests that the cells ultimately help with learning complex tasks—and the more they are challenged, the more they flourish 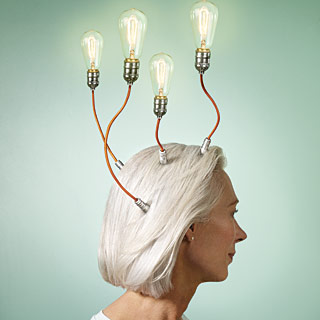 Recent work, albeit mostly in rats, indicates that learning enhances the survival of new neurons in the adult brain. And the more engaging and challenging the problem, the greater the number of neurons that stick around. These neurons are then presumably available to aid in situations that tax the mind. It seems, then, that a mental workout can buff up the brain, much as physical exercise builds up the body.

The findings may be particularly interesting to intellectual couch potatoes whose brains could benefit from a few cerebral sit-ups. More important, though, the results lend some support to the notion that people who are in the early stages of Alzheimer’s disease or who have other forms of dementia might slow their cognitive decline by keeping their minds actively engaged.

In the 1990s scientists rocked the field of neurobiology with the startling news that the mature mammalian brain is capable of sprouting new neurons. Biologists had long believed that this talent for neurogenesis was reserved for young, developing minds and was lost with age. But in the early part of the decade Elizabeth Gould, then at the Rockefeller University, demonstrated that new cells arise in the adult brain—particularly in a region called the hippocampus, which is involved in learning and memory. Similar reports soon followed in species from mice to marmosets, and by 1998 neuroscientists in the U.S. and Sweden had shown that neurogenesis also occurs in humans [see “New Nerve Cells for the Adult Brain,” by Gerd Kempermann and Fred H. Gage; Scientific American, May 1999].

In rodents, studies of neurogenesis generally involve injecting the animals with a drug called BrdU (bromodeoxyuridine), which marks newly formed cells, making them stand out when viewed under a microscope. Those studies indicate that in rats, between 5,000 and 10,000 new neurons arise in the hippocampus every day. (Although the human hippocampus also welcomes new neurons, we do not know how many.)