– Harley-Davidson Spirals Down, Announces US Layoffs, Builds Factory in Thailand

“The Baby Boomers have turned their last corner.
Why don’t they make HAWG WHEELCHAIRS?”

Warren Buffett, the celebrated investor, is backing one of America’s most iconic companies, buying a $300m (£207m) debt tranche in motorbike manufacturer Harley-Davidson. 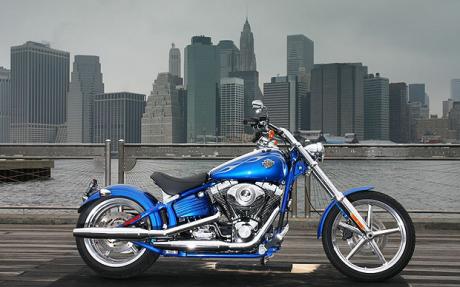 Mr Buffett, better known for his investments in insurance and financials, bought the debt as part of a $600m issue by Harley to increase its cash position.

Harley has been struggling of late, following a 58pc decline in its fourth-quarter profit after losses at its financing arm, announcing the loss of 1,100 jobs last month and the need to consolidate a number of its plants.

But that capital will come at a cost – with Mr Buffett receiving a 15pc annual dividend on his investment in Harley’s senior unsecured debt, which matures in 2014.