After receiving an urgent e-mail from a contact in Australia informing me of bizarre weather on the weather satellite imagery, I checked out the data and just hours later more strangeness. I am waiting to hear from the Australian Government’s weather bureau for their own explanation. 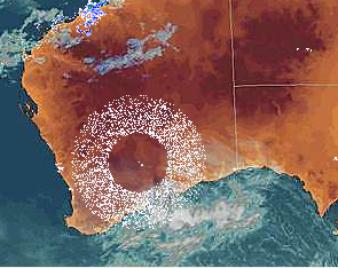 A contact in Australia just alerted me to what he describes as “very strange weather taking place over the south west of Australia”. He told me to go to the national weather satellite images if I could not open the images he attached (See left). By the time I had discovered the e-mail and checked, the large clearly defined ring had mostly dissipated but still was just visible on a time loop which was spiraling counter clockwise (Low Pressure system). 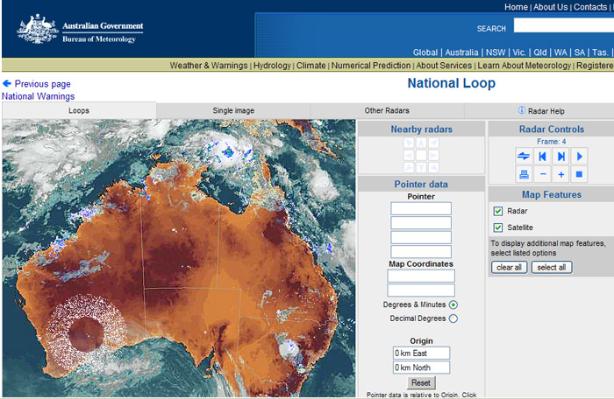 The images above is what my contact sent which shows a wide band ring covering many hundreds of miles across the south west of Australia with a small dot (presumably cloud) shown just right of center.

I saved the loop of the area when I checked the site several hours later but unfortunately it was encrypted not to permit this. The loop is not now on the site but the satellite image taken at 16:30 UTC is also very interesting. 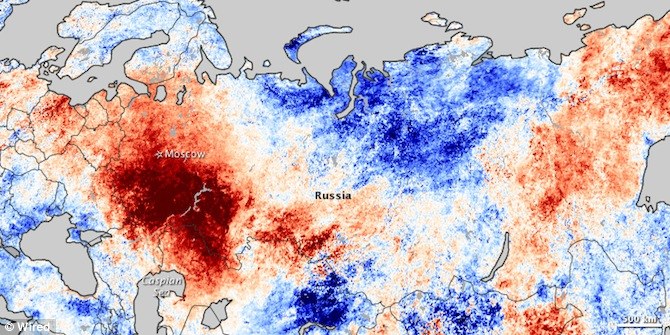 A massive heatwave in Russia and the current devastating floods in Pakistan could be linked by the unusual behaviour of the jetstream, scientists believe.

The jetstream is the high-altitude wind that circles the globe from west to east and normally pushes a series of wet but mild Atlantic lows across Britain.

But meteorologists who study the phenomenon say that it is producing unusual holding patterns which keep weather systems in one place and produce freak conditions.

The jetstream is being held by the Rossby waves that normally produce its distinctive wave-like pattern.

These powerful spinning wind currents are caused by the Earth’s shape and rotation and push the jet stream from east to west at high altitudes.

Now scientists believe that Rossby waves are acting against the jetstream’s usual pattern, holding it in place, according to a report in New Scientist.

Since mid-July, when it would normally be moving eastwards the jetstream has been held in one place as strong Rossby waves push against it.

When the jet stream is held in one place it traps the weather systems that are caught between its meanders. Warm air is sucked north to the ‘peaks’ while cold air travels to the ‘troughs’.

Professor Mike Blackburn of the University of Reading believes that a blocked jetstream could be behind a heatwave in Japan which killed 60 and the sudden end to warm weather in the UK. 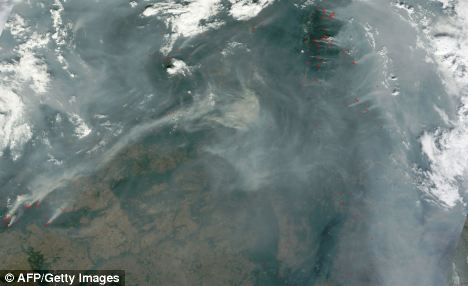 A satellite image from this afternoon shows smoke from wildfires burning in Russia. The red dots indicate active fires. Scientists believe the jetstream could be to blame 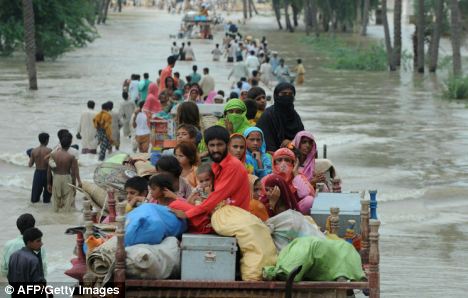 In Pakistan, the blocking event took place at the same time as the summer monsoon, with tragic consequences.

Floods triggered by heavy monsoon rain over much of Pakistan began nearly two weeks ago and have killed around 1,600 people and forced more than two million from their homes.

The earthquakes in Chile, Haiti and China were (probably) caused by H.A.A.R.P.

Back in the beginning of the Bushwhacker’s second coming, in the personage of the George W. Bush a gargantuan fraud was perpetrated upon the public. This was not a single deadly wound inflicted on society, but a thing that continues to kill us in a multiplicity of ways that has continued to deepen with every passing week. Even the name of this fraud is as deceptive, as are its purposes.

The program was called ‘HOMELAND Security’, and the name came straight out of Nazi manuals that were used in the late nineteen- thirties. To obtain passage of this Trojan Horse, FEMA was used as the excuse for the merging of 22 separate agencies into a single monster that, because of its size alone would be able to fix everything that threatened America or Americans. However once established, the Department of Homeland Security began to erase the individual reasons for the existence of each department that all 22 agencies had once been part of.

Like the viper that has two fangs to inject its deadly poisons, DHS itself is just another aspect of Doublespeak, because there is no “HOMELAND” in this country of immigrants and there can be no ‘security’ in a nation without laws. DHS is killing us with distortions and lies from each and every level of this massive bureaucracy, having turned the language itself on its head.

In practical terms, Homeland Security has sucked up all the social programming funding for itself, and recast those priorities into the servicing and maintenance of “War, War & Lots More War.” Every program that had to do with assisting the public to live well enough to succeed was plundered of its funds, stripped of its mandates, and reset to function a an agency dedicated to the destruction of the very things it was created to avert.

Environmental Protection became Environmental Destruction. Education became No Child Left Behind; as in: Everyone must be dumb enough to follow the leader without question. Child Care became Child neglect, no health insurance, no supplemental funds for food or medicine, shelter or job opportunities for the poor. And when violence or poverty kicks down the door of yet another family, Child Protective Services is there to take the children away and dump them into state institutions that will not care for them, but will instead insure that each becomes part of the next generation of failures: So much for protecting the smallest unit of any society. (1)

The same is true of every other government agency from the FDA and the FAA to the FCC ­ each agency is now dedicated to doing what each of these agencies, and hundreds of others, were created to prevent! A good example is the recent botulism in some of the food we eat. FEMA has taken over the control of monitoring where crops come from, and whether or not the foods in question are fit for human consumption. Many of the fruits and vegetables we consume come from beyond our borders, but neither the FDA, nor FEMA has any idea where these food products come from, or whether or not they are safe to eat. This is a concern given the fact that FDA has now allowed the use of non-potable water for agricultural uses. Hence among other abuses lemon skins now contain fecal matter that comes from this contaminated water: and that’s just one example.

Read moreDealing With The Truth

Prove of HAARP was used to cause the big earthquake in China.
World War III is coming…