(NaturalNews) A California appeals court has ruled that homeschooling of children is illegal unless their parents have teaching credentials from the state.

“California is now on the path to being the only state to deny the vast majority of homeschooling parents their fundamental right to teach their own children at home,” said Michael Smith, president of the Home School Legal Defense Association.

The court overturned a lower court’s finding that homeschooling did not constitute a violation of child welfare laws.

“California courts have held that … parents do not have a constitutional right to homeschool their children,” Justice H. Walter Croskey said.

Read moreCalifornia: Parents do not have a constitutional right to homeschool their children 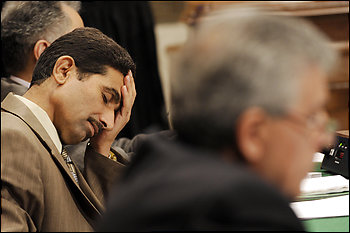 The press conference at the National Press Club had a precise purpose. It was to expose, to as many people as possible, the gross deception of our presidential election process. It is controlled by the powerful elite to make sure that neither candidate of the two major parties will challenge the status quo. There is no real choice between the two major parties and their nominees, only the rhetoric varies. The amazingly long campaign is designed to make sure the real issues are ignored. The quotes I used at the press conference from insider Carroll Quigley and the League of Women voters strongly support this contention.

Calling together candidates from the liberal, conservative, libertarian and progressive constituencies, who are all opposed to this rigged process, was designed to alert the American people to the uselessness of continuing to support a process that a claims that one’s only choice is to choose the lesser of two evils and reject a principle vote that might challenge the status quo as a wasted vote. 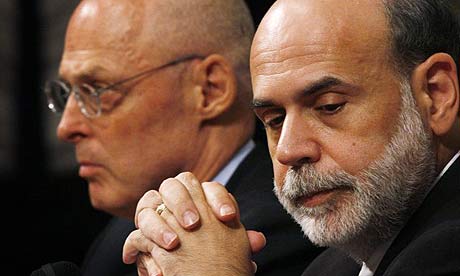 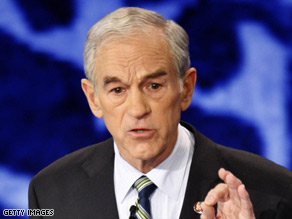 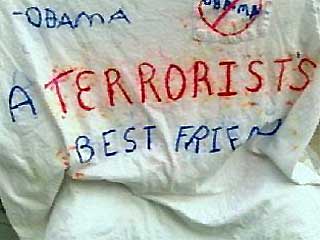 Investment banks Goldman Sachs and Morgan Stanley have been put under Federal control as part of a package aimed at rescuing the US finance system.

The move not only puts the two financial services giants under the direct supervision of bank regulators but also gives the Fed the power to force the banks to raise additional capital.

The US administration wants to prevent the collapse of two of Wall Street’s remaining investment banks after the fall of Lehman Brothers and the government-funded bailouts of Bear Stearns, Merrill Lynch and global insurer AIG.

Have a look at the related articles from the Jerusalem Post:

Israel has according to Jimmy Carter around 150 nuclear weapons. Even if Iran wants to develop a nuclear weapon, is this reason enough for an attack? If so, then maybe someone should have been attacking Israel for developing 150 of them. And not just Israel is beating the war drums: Ron Paul: I hear members of Congress saying “if we could only nuke Iran”.

So Israel and/or the US might nuke Iran to prevent Iran from developing a nuclear weapon? How can you even come up with such madness? Are there so many potential Hitlers walking the face of the earth these days?

The US have told Israel recently several times not to attack Iran, but that could be just a ruse. And who sold Israel just recently 1000 smart bombs? ‘U.S. to sell Israel Air Force smart bombs for heavily fortified targets’

Iran is halfway to a nuclear bomb, and Hizbullah, Hamas and Syria are using this period of relative calm to significantly rearm, Brig.-Gen. Yossi Baidatz, the Military Intelligence’s head of research, told the cabinet Sunday during a particularly gloomy briefing on the threats facing the country.

Baidatz said there was a growing gap between Iran’s progress on the nuclear front and the West’s determination to stop it. “Iran is concentrating on uranium enrichment, and is making progress,” he said, noting that they have improved the function of their 4,000 centrifuges.

According to Baidatz, the Iranian centrifuges have so far produced between one-third to one-half of the enriched material needed to build a bomb.

“The time when they will have crossed the nuclear point-of-no-return is fast approaching,” he said, though he stopped short of giving a firm deadline. Last week in the Knesset’s Foreign Affairs and Defense Committee, however, he put the date at 2011.

Pakistan will not tolerate any infringement of its territory in the name of the war on terror, president Asif Ali Zardari said today in a clear warning to US forces who in recent months have increasingly crossed the border to kill Taliban and al-Qaeda terrorists.

Mr Zardari was making his first major address since being elected president earlier this month. He also pledged that Pakistan would fight terrorists based on its soil, and he promised that his own powers would be cut back.

In recent weeks unmanned Predator drones and even special forces have staged a number of attacks across the border from Afghanistan on terrorist targets, a sign of growing US frustration at the training camps and sanctuaries which have been out of their reach and, for the most part, untroubled by Pakistan’s own military.