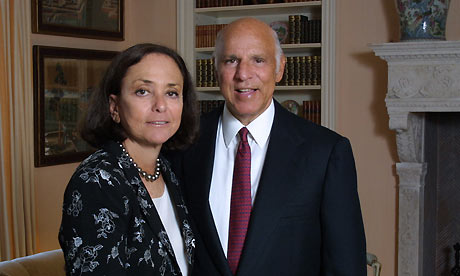 Jeffry Picower and wife Barbara pose for a portrait at their Palm Beach home in 2002. Photograph: Chris Polk/Getty

A Florida billionaire who was a top beneficiary of Bernard Madoff’s $65bn (£40bn) Ponzi scheme has died, apparently by drowning in the swimming pool of his mansion in the exclusive seaside enclave of Palm Beach.

Jeffry Picower, 67, was found by his wife and housekeeper shortly after midday on Sunday. Emergency services were unable to revive him and he was pronounced dead at the Good Samaritan medical centre.

An accountant turned wealthy investor, Picower was a friend of Madoff’s and was named in court papers as the biggest beneficiary of returns from the Wall Street fraudster’s corrupt investment empire.

Although Picower insisted he was unaware of any wrongdoing, bankruptcy trustees for Madoff’s firm sued him for $7.2bn earlier this year, claiming that he “knew or should have known” that his phenomenal payouts were fraudulent and that, at a minimum, he had “failed to exercise reasonable due diligence”.

They were the first DEA personnel to be killed in Afghanistan.

At least 14 Americans have been killed in a series of air crashes in Afghanistan, military officials say.

In the first incident, four US soldiers died and two were hurt when two helicopters collided mid-air in the south, Nato-led forces said.

In a separate incident seven soldiers and three civilians were killed in a helicopter crash in the west.

Hostile fire was ruled out as a cause of the collision, in which another 12 Americans and 14 Afghans were injured.

No cause has yet been identified for the mid-air collision.

This year has seen the highest death toll of international troops in Afghanistan since the Taliban were overthrown in 2001.

There have been dozens of American soldiers among those killed.

Three US helicopters crash in Afghanistan

Rescue operations are under way across Afghanistan, after three helicopters crashed in a series of pre-dawn sorties, leaving at least four (Now at least 14.) US troops dead and two others seriously injured.

Two helicopters collided in mid-air, in the south of the country, while a third went down under heavy fire in the west, moments after extracting soldiers from a daring night raid against one of the region’s most wanted drug smugglers.

US officials said hostile fire was not involved in the mid-air collision, but they are still investigating the cause of the second crash.

The soldiers injured in the collision were evacuated to military hospitals, but a rescue operation to recover casualties from the second crash was still ongoing, officials said.

Elite US troops had launched an airborne assault against a compound in western Afghanistan, believed to “harbour insurgents” linked to Afghanistan’s multi-billion dollar opium trade. 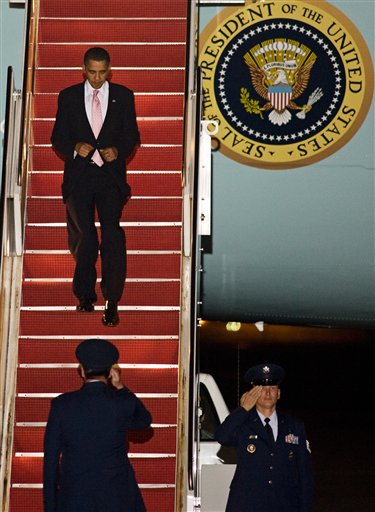 You are a Terrorist:

The Weakening Dollar Is Dying A Slow Death.

“It’s clear where we’re headed,” says Niall Ferguson, author of The Ascent of Money. “Ten years from now there will be more than one international reserve currency,” he tells Tech Ticker.

Ferguson dismisses the dollar loyalists, citing the British pound – the last international reserve currency – as his example. “These things don’t last forever” but don’t expect it to happen overnight. “It’s a long multi-decade process,” he states. Even with the dollar near a 14-month low against the Euro, he claims it’s not without historical precedence for the greenback to lose “another 20%” this year.

For international investors the loss is enough to offset this year’s stock market gains. Not exactly great motivation for foreigners to keep buying the almighty dollar.

Read moreNiall Ferguson (‘Ascent of Money’): The US Dollar Is Dying a Slow Death; There Has Been No Stock Market Rally