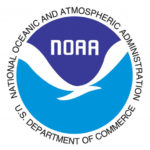 Read moreNOAA in 1974: Global Cooling Will Starve the World

With the supposed warmest year ever, here are seven locations where is has snowed or is still snowing in August 2016 in the Northern hemisphere indication a fast approaching brutally cold and snowy winter.

– Experts “surprised” to discover the world has been warming for 200 years:

(Excerpts) – “Phil Jones told us that global temperatures kept heating at the same rate in the 1880s as they did in the 1920s as they did in the 1980s.“The warming isn’t any different when human CO2 emissions are small or massive. The rate of warming was the same in the 1920s when nearly half of all horsepower still came from horses. Indeed without any electricity at all, and no cars, humans “caused” warming which was as fast as a decade when a billion people flew in the sky.

– It Is Colder Right Now Than Throughout Almost All Of History

The Environmental Protection Agency and the National Highway Traffic Safety Administration jointly issued a new regulation last week that is meant to help protect the world from “climate change” by limiting “greenhouse gas emissions” and improving fuel efficiency in medium- and heavy-duty vehicles operated in the United States.

A “regulatory impact analysis” published by EPA and NHTSA estimates the regulation will add an average of as much as $13,749 to the cost of a tractor truck and $1,370 to a trailer, making some tractor-trailer combinations $15,119 more expensive in 2027 than they would be under current regulations.

Unfortunately, that temperature has been dropping. 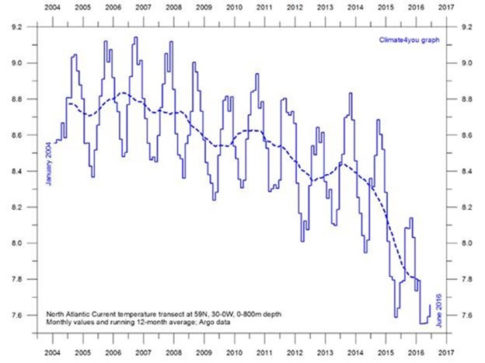 And how has Europe’s climate responded to the drop?

With global cooling approaching as the new Grand Solar minimum intensifies, many scientists and institutions are now trying to get on record as stating they thing the globe will cool. Here is a new list of converts.

Exact Dates Given for Grand Solar Minimum Cooling commencing Globally in a paper by Zharkova, Shepherd, Popova and Zharkov, then the IPCC Tried to Suppress Research by asking the Royal Astronomical Society to remove the findings through the groups of scientific organizations associated with the IPCC. So much research is out in the world about the commencing grand solar minimum, the the lack of government action must have an agenda behind it.

A rare cyclonic low passed over Hudson Bay the second week of August bringing temperatures down to the single digits and 70mph winds. A week later a hurricane circulation pattern engulfed the entire Arctic Ocean dumping a foot of snow across the Arctic.